Sakura and male Corrin to be playable in Fire Emblem Warriors

Fresh Famitsu scans are in and given how close we are to Fire Emblem Warriors’ late September release, they have the scoop on two new combatants. Following Elise’s reveal last week we have another Fire Emblem Fates sibling, Sakura, along with a slightly more stealthy confirmation of male Corrin. 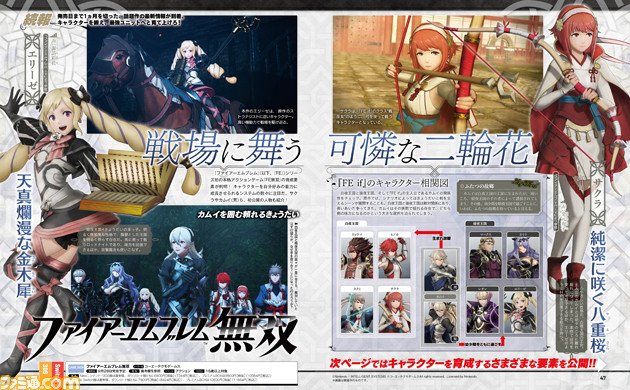 It looks like Sakura will be an archer while we can only presume male Corrin will use a sword like his already-confirmed female counterpart.

We’ll be sure to bring more on Fire Emblem Warriors as we approach its release for Switch and New 3DS systems on September 28th in Japan and October 20th worldwide.