Fans of shovelry, make space on your shelves! Tonight, three new amiibo were revealed from Yacht Club Games’ unstoppable throwback platformer. Plague Knight, Specter Knight and King Knight will all receive the toys-to-life treatment when they release as a triple pack sometime next year. You can take a look at their designs both via the below images and in a reveal trailer featuring Arin “Egoraptor” Hanson of Game Grumps, revealers of the original Shovel Knight amiibo.

As for functionality, it looks like new armor will be available for all three of the Order members. Only Specter Knight’s was shown as a piece of concept art, known as Lich Lord set. If it’s indicative of the potential changes we could see for the other two then sign me up, especially for whatever kind of overly pompous duds King Knight gains.

There will also be new amiibo challenges, giving even those who’ve played most of Treasure Trove’s offerings something new to test themselves against. Cutest of all will be accompanying fairy companions available from each amiibo. Just like how she brought the Fairy of Shovelry, Madame Meeber will be offering somber, explosive and regal pixie pals to harmlessly and unobtrusively join players. 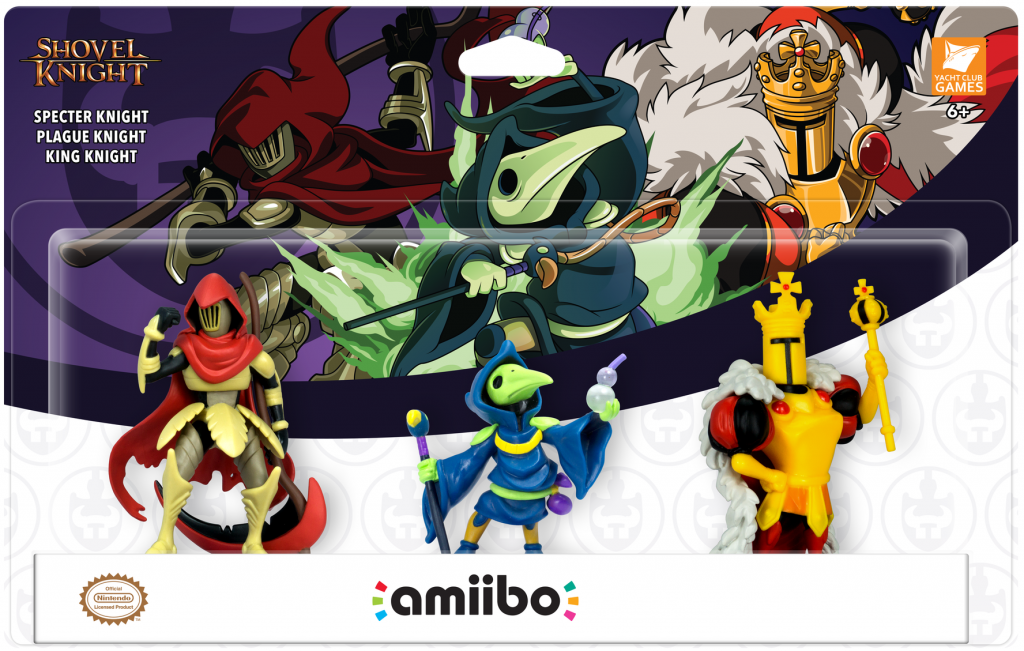 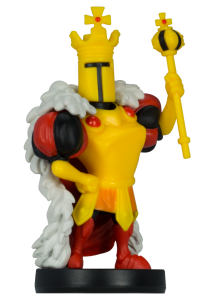 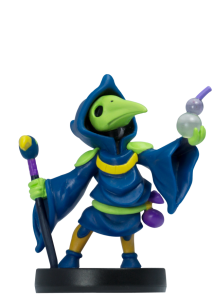 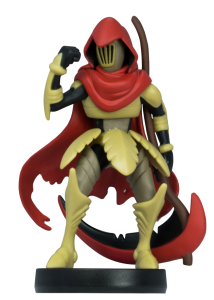 There’s no word on when these will release, but ideally, it would take place sometime near King of Cards’ similarly unspecified launch. That said, Yacht Club has managed to do the unthinkable, giving us not one, but four, indie amiibo across its title’s seemingly never ending life. Fingers crossed now that maybe — just maybe — the whole Order of No Quarter may get this treatment someday. For now, I can’t wait to get my hands on these new figures.

A closer look at the amiibo

Thanks to the folks over at Game Informer, we have our first closeup look of all three amiibo. Check out their photos in this gallery! 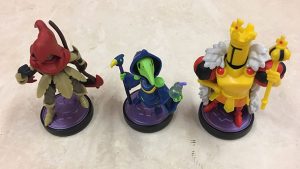 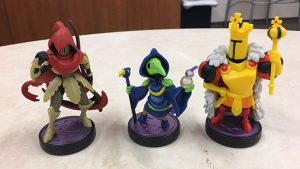 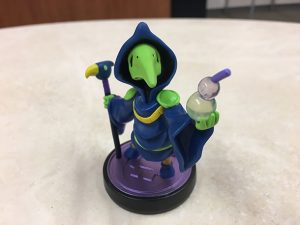 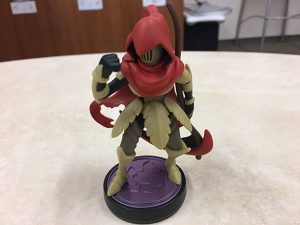 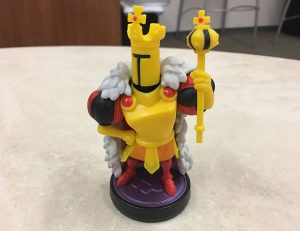