Coming up with battle Pokémon concepts for Pokkén Tournament: Round 1

This year I was lucky enough to catch the Pokkén Tournament grand finals at the Pokémon World Championships in person. The matches and high level play reminded me how much I enjoyed it on Wii U and have me more excited for the game’s DX release on Switch than I’ve been since the first time I got hands-on time with it at E3.

With Decidueye taking point ahead of the four arcade additions that never came to Wii U, the easiest way to lose myself is thinking “who else?” I’m fairly sure this’ll be it for the first iteration of Pokkén minus balance updates, but speculation for a potential future version or sequel is pretty dang fun. I’ve decided to pick and choose one Pokémon from each generation to spotlight and think about why it should make it into the game, and their potential in the more dynamic world of Pokkén, with the first three listed below. These picks all come directly from me, so there may end up being some overlap based on preferences towards types, styles or mechanics. That said, I think I’ve done a decent job keeping my expectations realistic and choices varied both with respect to the existing roster and other potential candidates.

Let’s jump right in with one of Kanto’s finest and fattest.

This was one of the tougher calls to make, thanks to how iconic the whole first generation is. Knowing Snorlax’s popularity and power, as well as what sets it apart from other Pokémon, made me want to see how it would function in a fighting game more and more, and gave it just enough of an edge to take the Kanto spot. Obviously, Snorlax isn’t known for moving around much, which could prove problematic in Pokkén, making not just zoners like Suicune, but the entire Field Phase difficult. As a Normal-type, it does have access to a fairly large movepool, with plenty of variety on the physical and special side of things, and it would fill one of the few types currently not repped in the playable lineup. Its size may also present some unique challenges with respect to grabs and hit detection, but I think there’s still potential. Fighting games have bigger, slower characters all the time and I think it’s Pokkén’s turn to tip the scales. Moves like Body Slam and Earthquake make a lot of sense, and it even has a signature Z-Move at its disposal for use as a Burst Attack. Beyond those are the key characteristics of what make Snorlax… well, Snorlax: eating and sleeping. 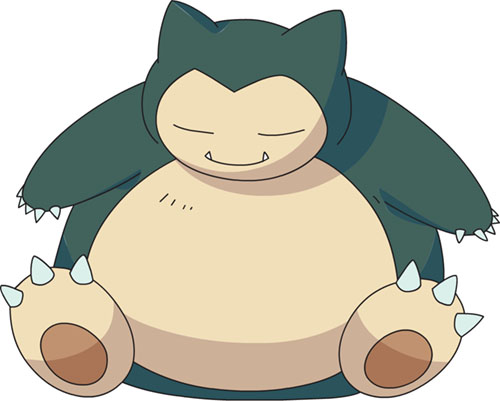 With respect to eating, I’ve always run Snorlax with Leftovers as an item, and I think it would be very in character to allow it the chance to snack on some as a move. This could potentially be used as a random draw item move, like Faust from Guilty Gear or Phoenix Wright from Marvel vs. Capcom.

Maybe there would be different types of food you could get, which would offer buffs or healing, and could then be used as offensive tools via Fling. This affords a means to make up for shortcomings in Field Phase and could even allow it to set traps via careful positioning of thrown foodstuffs. To further emphasize these aspects, Rest would be a big part of its moveset too. This would produce some greater degree of healing and even potentially debuff removal, at the cost of limiting its mobility even further. Sleep Talk could also be a fun feature to implement, but this may push the concept too far into gimmick territory. The tradeoff — of knowing when to eat, when to sleep and when to attack — would give Snorlax a unique playstyle as well as the potential for some really thought-out animations. It’d take more work than some of the other Pokémon on this list, but I’d say it’d be worth it.

Electric-types get a lot of love via Pikachu’s presence in nearly everything, but that also leads to plenty of other great Pokémon not getting a chance to shine. Who better to light the way than this known lighthouse keeper from Gold & Silver? I’ve always had a soft spot for Ampharos, both for bucking Electric-type trends by trading in speed for durability and for being outright cute. There’s a lot of potential as far as animations go here, with its almost dopey expression contrasting the action of the game nicely. Where it would really shine, however, is via Mega Evolution, where it grows some of the finest hair of any Pokémon and becomes a Dragon-type, making for a great ascent to power as a match goes on. Unleashing this power should be on par with Gengar’s own increase in strength and character when it taps into its Mega Evolution in Pokkén. Whatever its Burst Attack ended up being, I know Ampharos would be looking stylish doing it. 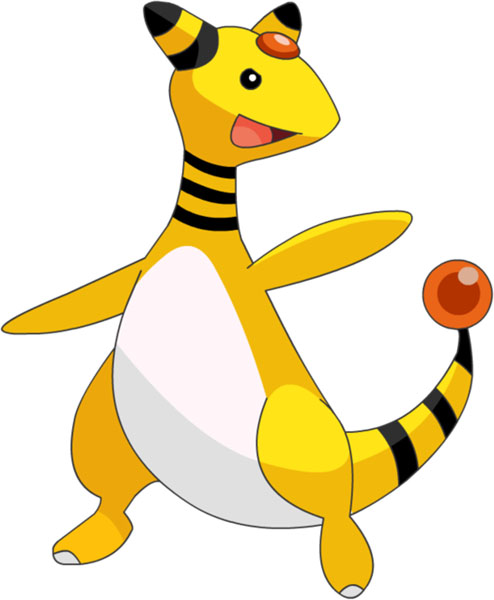 Admittedly, I don’t have as clear a picture for a potential moveset, but Signal Beam would be a must alongside an arsenal of electrical attacks. Playing off of its sheep design origins, Ampharos also has access to moves like Cotton Spore and Cotton Guard. These two together could hamper the opponent’s speed to bring the fight to Ampharos’ pace and up its natural durability respectively.

I don’t think Ampharos would do too well in Dual Phase, with its adorable flippers not exactly suited to striking. Maybe it would instead use its tail as the main point of offense, or even set up electrical traps via more abstract takes on moves like Power Gem and Discharge in Field Phase to make up for this. As I imagine it, Ampharos would be able to place markers around the stage (perhaps shaped like the red orbs that adorn its body) to then feed a current through. These could be used to power up its attacks, redirect projectiles, set up perimeters or any number of other effects. For everything it could bring to the table and just how darn cute it is, Ampharos makes perfect sense here to me.

Pokkén Tournament’s no stranger to more oddly shaped combatants, with Chandelure standing out in particular. Metagross would take full advantage of the opportunity to stand out amongst the several other potential choices from Hoenn with a design that’s unique to it and plenty of power to back it up. Metagross is widely known as a signature Pokémon of Champion Steven Stone and for how tough it can be to level a Beldum all the way to its final form. Speaking of Beldum, Metagross’s existence as a fusion of four of these smaller Pokémon could work itself into both animations and attacks, perhaps as Bullet Punches detaching from the main body or as summonable drones to assist its offense.

Metagross’ uniqueness extends beyond its design and Pokedex-based features. I’d expect its attacks to be fairly slow but powerful with a few exceptions, with skills like Metal Claw and Hammer Arm making perfect sense up close, along with Psychic and Rock Tomb as ranged options. 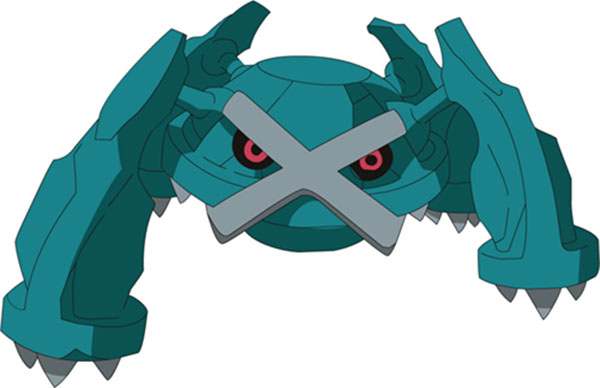 While those techniques are all fairly straightforward, the lynchpin of Metagross’ offense would rest with a single, flavorful move that would take it from hard hitter to a rewarding, technical character. With access to Magnet Rise, the ability to temporarily float and move just a little more quickly could form the core of its playstyle. There’s some precedence for this style, as Charizard already has the means to switch from a grounded to flying state and affording it greater combo via moving from one stance to another. Metagross could have access to this too, going from a low to the ground and slow stance to a hovering, higher profile stance.

Optimized combos would be execution heavy displays of attack strings, popping them up with a Zen Headbutt, activating Magnet Rise, and then going into an aerial combo before bringing them back down with a Meteor Mash. Thanks to Omega Ruby & Alpha Sapphire, Metagross has a Mega Evolution to tap into, as well with its Synergy Burst. Here it would be in its floating state by default, able to access the full potential of its moveset and recognizable strength. It may take more work than the average character but I think there’s a lot of potential with Metagross, which is not only appealing to me as a player, but accurate to what it takes to raise one in the core games.

More Pokémon on the way

That’s it for the first part of my selections, with a Pokémon each from Gens IV, V, VI and VII to come soon. In the meantime, let me know what you think of these picks or if there’s a particular Pokémon you’d like to see get the same treatment. I had a lot of ideas and runners-up for each region, plus there’s so much potential from all sections of the Pokédex. My choices for Sinnoh through Alola are already decided, but if enough reasonable requests come in I might just be able to come up with a few more!