Ah yes, it’s taken a few months, but now Japan isn’t the only one getting a limited edition of Fire Emblem Warriors. Earlier today, Nintendo UK tweeted that a Limited Edition of Fire Emblem Warriors is coming to the region soon. While not as extensive as the some of the different Japanese versions, the three CD soundtrack collection and character art cards made the cut. So far, Nintendo UK hasn’t divulged the price or details regarding when pre-orders will be available; all we know for sure is that the game will be released on October 20th in Europe. 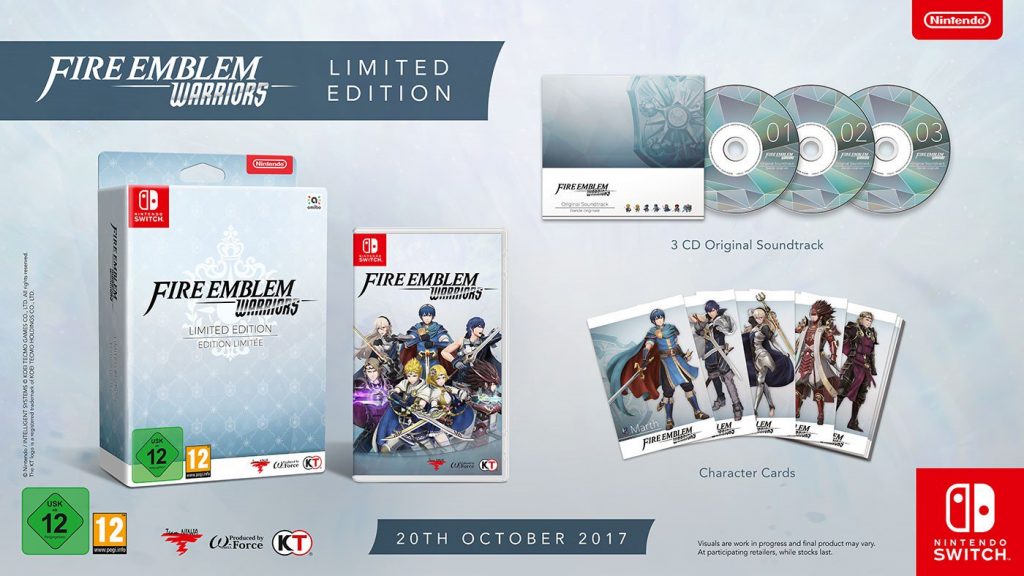 Hopefully, North America will be able to join in on the fun soon with its own limited edition and a release date that’s a bit more specific than Fall 2017.