Since the first Ace Attorney launched on the Game Boy Advance back in 2001, Nintendo handhelds have been the home for every one of Capcom’s new lawyering adventures. North America saw four mainline entries hit the Nintendo DS: the Phoenix Wright trilogy and its followup game, Apollo Justice: Ace Attorney. On the Nintendo 3DS fans have seen the fifth and sixth entries into the main series, as well as remastered versions of the first three Phoenix Wright games. The only main game that has not made an appearance on 3DS is Apollo Justice — until now, that is. This November, Apollo Justice: Ace Attorney will be releasing in the 3DS eShop, meaning the entire series will be available for download in one place.

Apollo Justice is commonly considered the black sheep of the Ace Attorney franchise, but it happens to be my favorite in the series. As the title would suggest, this game ditches Phoenix Wright as the protagonist and introduces the young, green, hotheaded Apollo as our new lead. Phoenix Wright still appears in the game, but his role is dramatically different than what we became accustomed to in the first three games. It’s fascinating to observe a character we’ve gotten to know so well through the lens of a new lead lawyer. 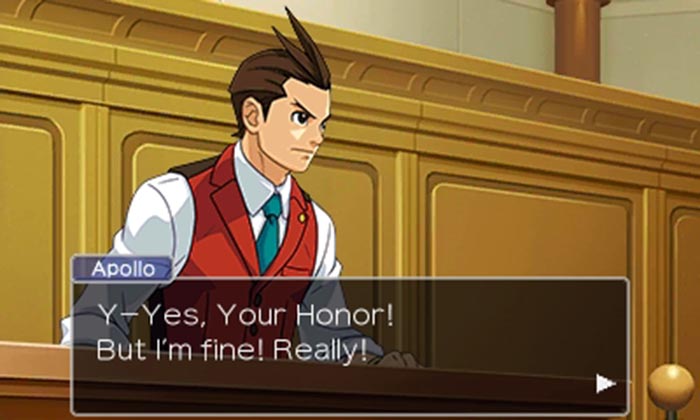 Apollo is known for being the loudest character in the courtroom, and he routinely exercises his voice by completing his “Chords of Steel” workout each and every morning. Before each trial, Apollo will repeatedly yell “I’m fine!” to calm his nerves before entering the courtroom. After watching Phoenix grow from a scared rookie to a confident veteran over the course of three games, it was very fun to go back and handle a lawyer about to enter his first trial. His supporting cast of characters is fantastic, as well. Kristoph and Klavier Gavin, one Apollo’s mentor and the other his prosecutor rival, rank as two of the most interesting characters in the entire franchise — and, without going into spoiler territory, the game does a fantastic job of exploring their past and connecting it to the current state of the legal system.

A magician named Trucy takes Apollo’s side as the Maya Fey replacement, and watching her relationship with Apollo grow throughout the game is one of the highlights of the whole experience. Their strong relationship definitely helps raise the stakes later on in the game. 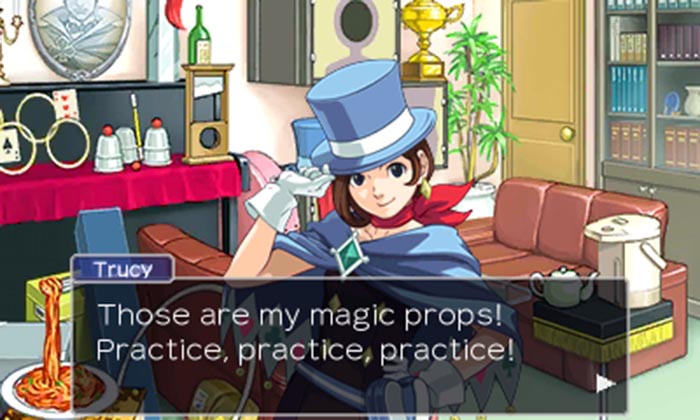 Apollo Justice: Ace Attorney takes a few steps forward in the production standpoint. As the first title intended for release on the DS, new gameplay mechanics specific to the touch screen are included, such as dusting for prints, spraying for blood, manipulating and investigating evidence and scanning sealed envelopes to read what’s inside. The sprite work is also improved from the original games, with more detail than before. The soundtrack is always strong in Ace Attorney games, but the Apollo soundtrack is the most memorable one in my book.

Apollo Justice gets to handle four cases in his first outing, and three of them turn out to be very strong stories that rank among the best Ace Attorney cases in franchise history. The first case, usually dry, predictable and short, sets the tone for the rest of the game with intensity, shock and excitement, telling the story of a late night in the bottom of a Russian restaurant. The second case stumbles a bit, introducing some forgettable characters in a situation even slightly too wacky for the Ace Attorney games — and that’s saying something. The penultimate case makes up for the weak second offering by taking us to a rock concert, my personal favorite setting in the entire series.

The first three cases are obviously important, but an Ace Attorney game usually leaves its impression with the final case. And here, as it normally does, Apollo’s final case will take you on an emotional roller coaster while telling an epic tale about all the characters it spent the first three cases building up. It tries to tackle three big storylines at once, and for the most part, it succeeds. The final case was a step forward for storytelling in the Ace Attorney franchise, and I would argue it’s the best case the series has ever produced. 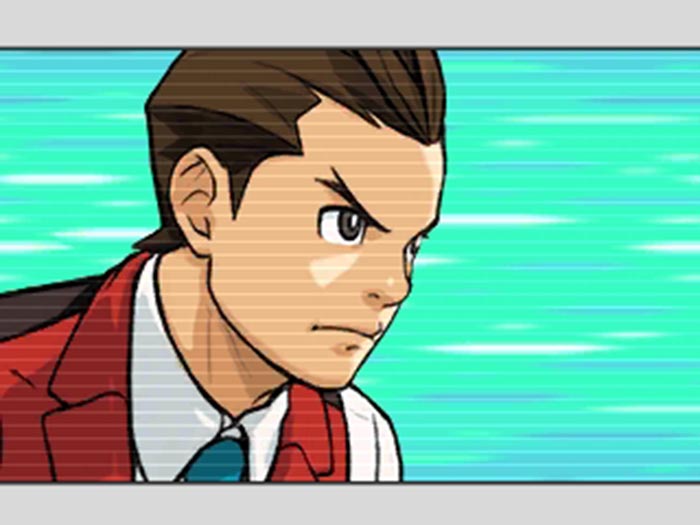 With the addition of Apollo Justice coming to the 3DS this November, the whole Ace Attorney series, barring a couple spinoffs, will be available for download in one place. If you’ve never experienced this fantastic series, now is the time to hop on board! The Phoenix Wright Trilogy is the place to start, and it is available now for $29.99. It’s my favorite series of all time, and I can’t wait to play through it all again when it’s all available in one place. If you take the dive into this franchise, I’m sure you’ll have no objections.