Today the floodgates opened up for Metroid: Samus Returns press coverage, with sites across the internet delving deep into SR-388. IGN had the chance to sit down with the game alongside several amiibo and have released a video showing off their functionality.

Both Samus and Zero Suit Samus from the Smash Bros. line and the two new Metroid amiibo got tapped in during a play session. Smash Bros. Samus unlocked a missile reserve tank, while Zero Suit gives the player an energy reserve tank. These will automatically be activated once the resource is used up. The standard Samus amiibo has similar functionality in-game, unlocking an Aeion reserve tank.

The Metroid amiibo is where it gets interesting. Tapping it while exploring will pinpoint a Metroid on the map, allowing you to easily find its location. The Treehouse representative described this as a sort of last resort if you’re having trouble finding them normally. 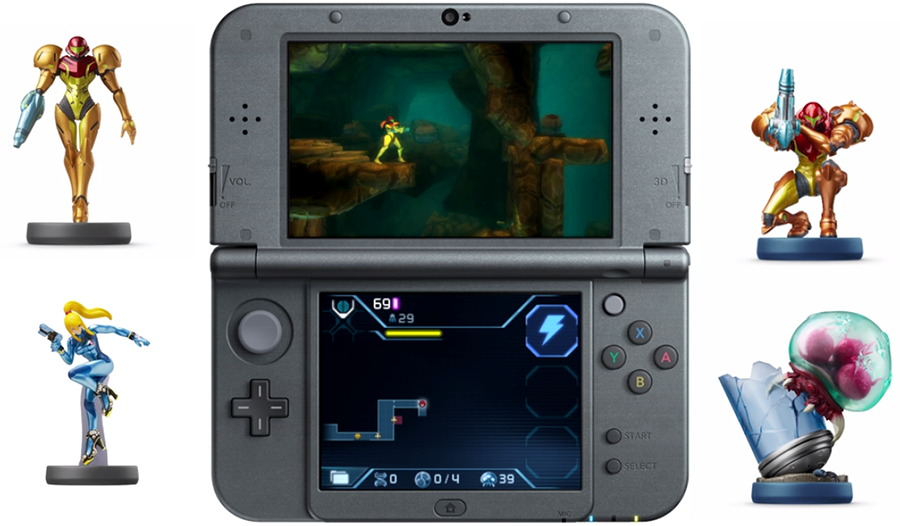 The first three amiibo will also unlock gallery features once you’ve beaten the game, while the Metroid amiibo is responsible for opening up the Fusion difficulty mode. This swaps out your suit for the Fusion suit and considerably ramps up the difficulty. After the furor following the last announcement, however, the Treehouse rep was quick to point out that a standard Hard Mode would be unlocked upon finishing the game, regardless of whether or not you own the amiibo.