Arcades were a huge part of my childhood, more often than not I visited them with my family. It was thanks to my mom that I developed an appreciation for Pac-Man, and from that I started to explore Namco’s larger lineup of classics. Make no mistake, these games are some of the finest made and hold huge significance in the grand scheme of games. Namco Museum on the Switch brought some of these luminaries together in a compilation that can be taken anywhere, with enough added options and features to please even those who’ve been playing these for years and years. It’s not a perfect package for a handful of reasons, but if you’ve an appreciation for gaming history, this is one museum you shouldn’t pass on easily.

Looking at the lineup of games on offer, Namco Museum checks enough boxes to be passable. Pac-Man, Galaga and Dig Dug all stand out as obvious choices that you wouldn’t dream of leaving out. Splatterhouse makes the cut, Sky Kid soars in by surprise, and Tower of Druaga stands out as a classic loved in Japan, yet is still often overlooked stateside. The pair of Rolling Thunder games offer some variety, but ultimately I feel only one of them would have been needed for the package, if at all. Namco Museum also doubles up on Galaga by featuring Galaga 88, a great game in its own right — but I can’t help and feel it’s a redundant choice as well. 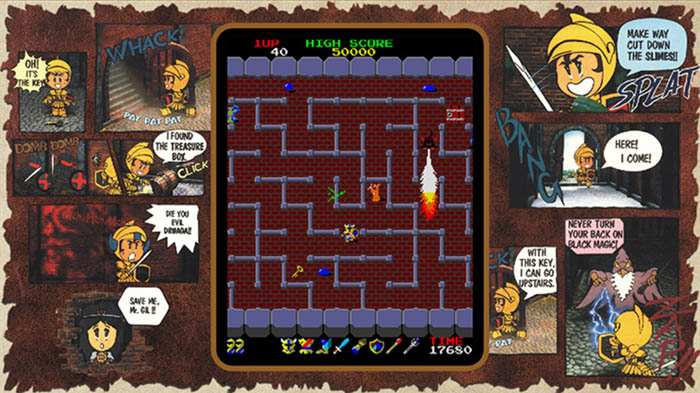 Tank Force managed to be the surprisingly fun entry in this one, and it owes that to the Switch’s design. With the Joy-Con, it’s easy to set up a multiplayer match in this maze-based shootout. It’s the right kind of table top mode game to add a degree of portable competition to the package. Still, it’s hard to not note some omissions. Mappy would have been a great choice, as would Pole Position or Rally-X to add even more variety. Speaking personally, I’d have loved Mr. Driller to be included, and this is yet another missed opportunity to let the world play Legend of Valkyrie in English.

All of these play well, with the emulation being solid and displaying great on both the Switch’s screen and while docked. Control is tight and responsive, and with the press of a button you can add more credits to the game in a form of simulated free play. There’s plenty of ways to tweak the sound and display options as well. Increasing pixel sizes and sound reverb, adding scan lines, and even rotating the screen to accommodate a turned Switch or a custom monitor/arcade cab setup are all available tweaks. Navigating from game to game is easy as well, with no need to hop back to the main menu between choices, and game progress is quick saved automatically making jumping back in easy as can be. 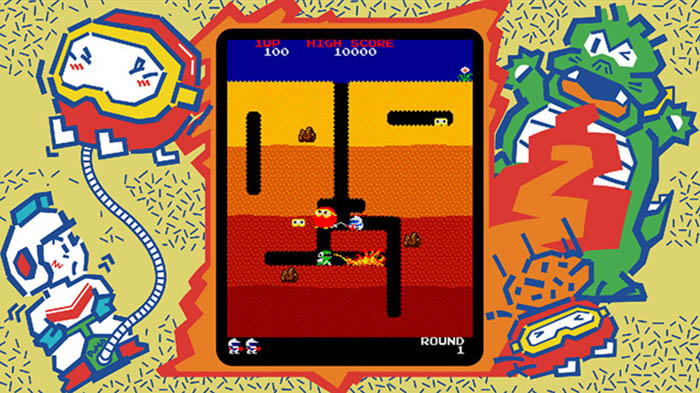 People say you can’t beat the classics, but the real star of this show is Pac-Man Vs. The asymmetrical multiplayer game was originally released on the GameCube and required some Game Boy Advance systems and the proper cables for the full experience. One player takes on the role of Pac-Man himself, working through mazes and chompin’ dots like he always has, while the other three would play as ghosts pursuing him across the map. This simple twist on the arcade staple makes for some fantastic and frantic gameplay, requiring observation of the limited view windows to catch up with the yellow sphere. It’s a race to point totals to decide the winner, and it’s all announced by Mario himself to add an extra dash of Nintendo love. 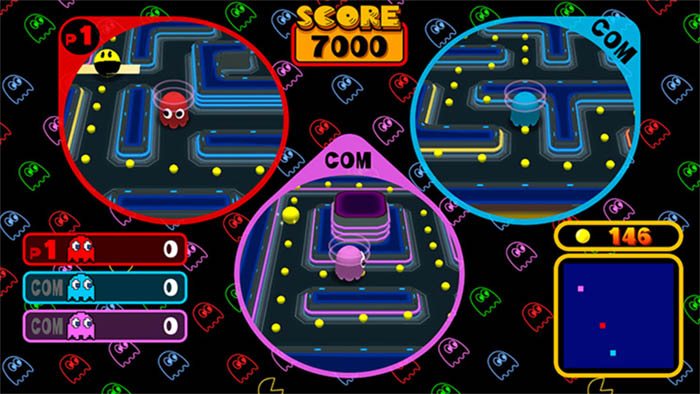 Pac-Man Vs. comes in two flavors. If you’re playing with a single Switch, up to three players can tag in as ghosts and attempt to catch a computer controlled Pac-Man, which is enjoyable enough, but it doesn’t live up to the full experience. When you’ve got two Switch systems you can have one player as Pac-Man with the entire maze visible, preferably keeping the screen to themselves, and the other three act as ghosts on the second system. Best of all, this doesn’t even require a second copy of the game thanks to a free, supplementary app for this multiplayer. It’s more than earned a spot in my own multiplayer rotation of games for when friends are over, and it deserves to be played in its fullest form by anyone who can manage the setup. The biggest obstacle to this is getting together in a situation with two Switches, what with the console being tricky to track down — and it’s not exactly cheap. That said, if you can gather together with friends to make it happen, the game will provide a great time.

Beyond the audio, visual and difficulty tweaking available across games, there are now online leaderboards for every game as well as extra challenge modes. These tasks both test you as a player and help you potentially understand how to really up your score and success. Dig Dug, for example, includes a challenge based on using its rocks to take out enemies instead of inflating them directly. If you’ve never played Dig Dug, that sentence may have been confusing, but anyone familiar with the game who hasn’t mastered that skill can appreciate being given an isolated way to practice it. That said, they seemed less like full fledged modes in their own right and instead quick diversions from playing the games in their original form. I also felt starting up the game from the home menu took some extra loading time, though once the collection is running, transitioning to games is quick enough.

Namco Museum stands as a great compilation, both for what it represents for games as a whole and the extras it affords players. More than a walk down a gallery, it’s an engaging tour of pixels and blips from decades ago that’s worth playing again and again. Being able to take this compilation with me anywhere only increases the value, turning the Switch into a portable, free play arcade. If you’re not as into these retro beauties, there’s still something worth checking out, as any gathering can become a Pac-Man Vs. party. It stands out as a retro redux worth investing in and sharing with players who may not have experienced some of these growing up or older fans who’ve let modern games pass them by. While I’d have changed the lineup just a bit, I hope this opens the door for a second volume or downloadable add-ons of more games in the future to keep this Museum growing. 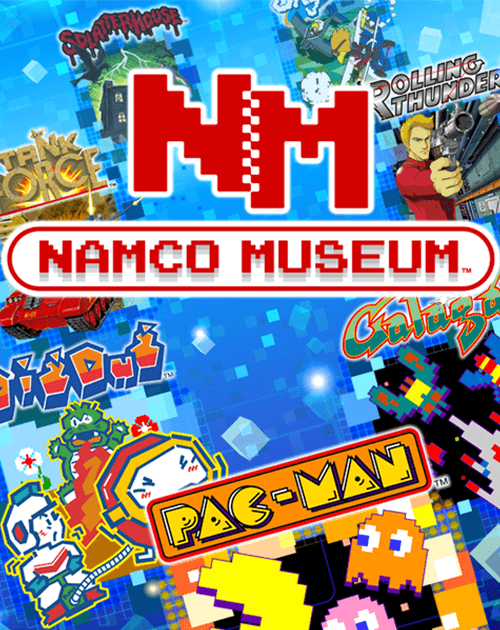