Kirby’s no stranger to games that deviate from what could be called his series’ formula. Games like Tilt ‘n Tumble and Epic Yarn carry the Kirby name in ways that feature unique gameplay or visuals, while others like Dream Course offer an existing sort of game type with a suitable Kirby twist. Kirby’s Blowout Blast exists on a different end of that spectrum. As an expanded sub-game I never expected to be wowed, but with this game’s brevity and lack of gameplay depth it still comes up short as a standalone experience. There’s fun to be had here and some nice nods to the series for longtime fans, but ultimately this is an entry most players shouldn’t hold their breath over missing.

In terms of presentation, Blowout Blast is more than solid. Using assets from Triple Deluxe and Planet Robobot, it doesn’t disappoint. For those unfamiliar, you’ll be controlling Kirby through more open, 3D environments with a slightly more limited array of abilities. No copying this time around, as the core of the game is based on inhaling enemies and exhaling them at others to chain combos and rack up points. These grid-like, blocky levels are a nice twist on the familiar Kirby level design and they really pop with the 3D features of the system. 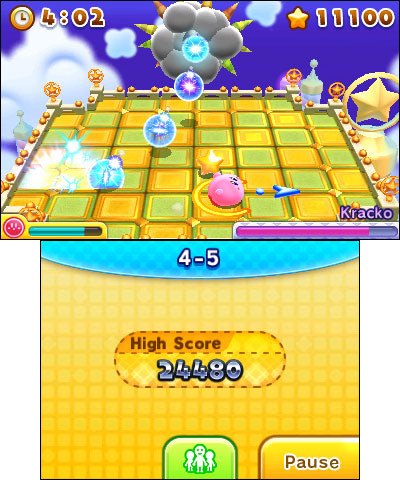 The highest praise I can give to the game comes to how its stripped-down style gives every level a distinct flow. While that means optimal paths exist and there isn’t much room for experimentation, seeing your efforts pay off in gold or platinum medals feels good. More than anyone, this is for score hunters and fans of time trials. Kirby’s movements are responsive and the grid-based design makes precision and aiming easy most of the time. Even without copy abilities, Kirby’s standard skills were used well with respect to the game’s design.

Unimpressed with the main dish

So if the game looks good and feels good, what went wrong? Probably the biggest concern is just how short the game is. Structurally, it models itself somewhat off of the similarly brief first game in the series when things like level music, themes and boss placement are considered. This is a nice tribute during the 25th anniversary, but it still makes the game an overall shallow affair. I managed to clear the entire campaign in less than an hour and only needed to replay a couple stages to get at least a gold ranking on all of them. This did unlock enhanced, more challenging stages but it’s more of the same and therein lies the other problem. 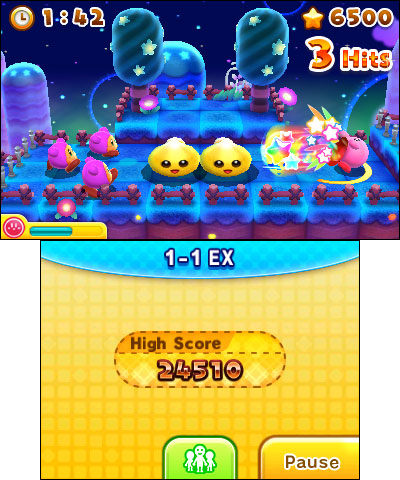 Even with the precision movements and the fun of hitting those high scores, the gameplay never evolves beyond what you have from the get-go. This leaves the creativity to come from level design and enemy placement, though even in EX mode these seldom blew me away. Boss fights offer changeups to the standard style — but the game repeats a couple of them, taking away some of that fresh air once they come around. What this leads to is a game I want to like, but one that I’ve breezed through all too quickly, and it lacks any truly memorable standouts beyond battling King Dedede himself.

I was able to have a couple fun afternoons with Kirby’s Blowout Blast, but that’s about all there is to get out of it before it runs out of breath. The Kirby charm and gameplay work well, but there just aren’t enough playgrounds for the pink hero to leave a lasting impression. Even when compared to other expanded sub-games, like Kirby Fighters Deluxe or this year’s free-to-play Team Kirby Clash Deluxe, Blowout Blast comes up short. For those who love to perfect their playthroughs and want an excuse to pay tribute to Kirby’s 25th birthday, Blowout Blast is a nice diversion. Just don’t expect this snack-sized game to leave you fully satisfied. 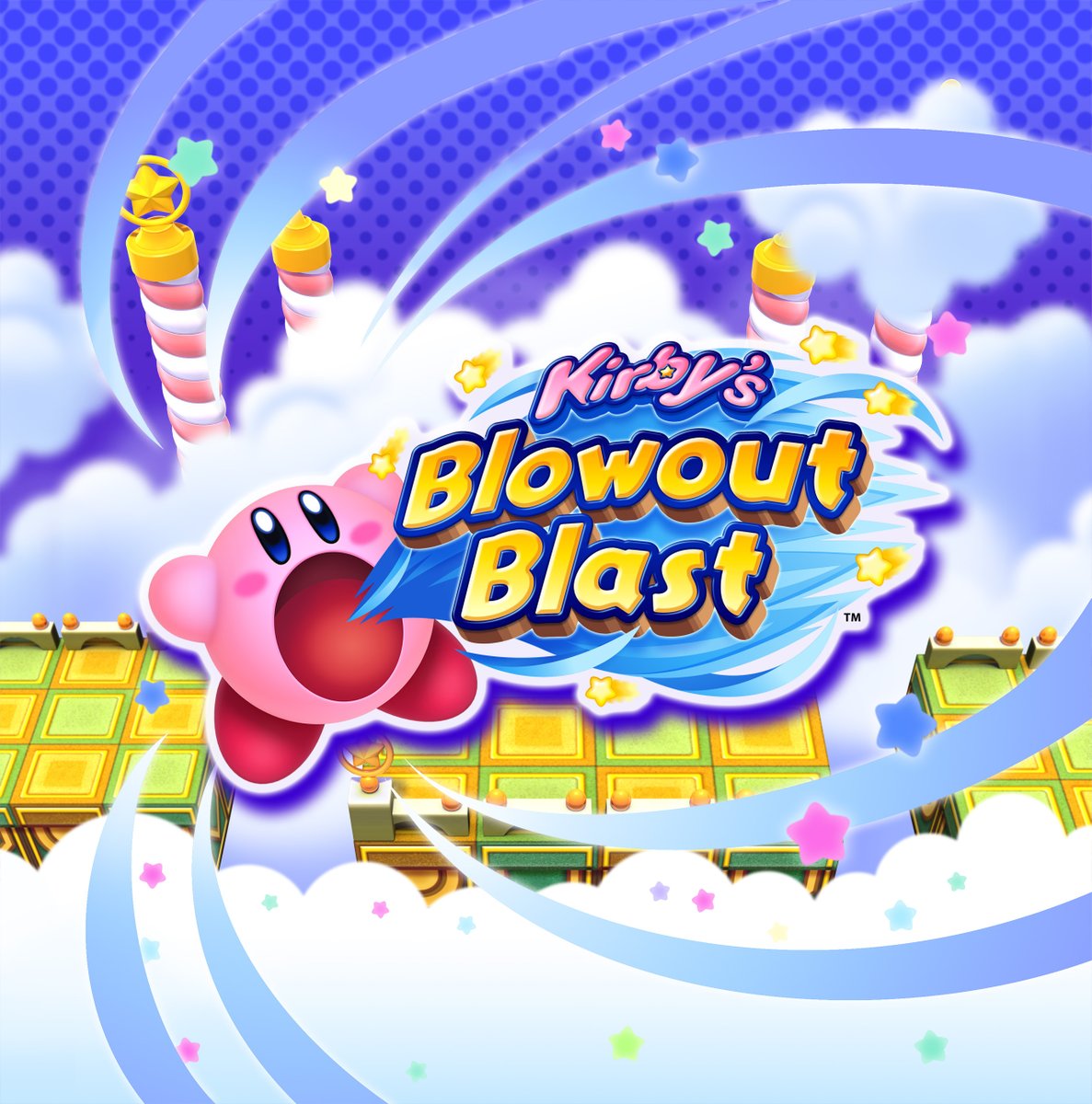