Nicalis is bringing yet another game to the Nintendo Switch this year. Ludosity’s Ittle Dew 2 will be out on November 30th this year and it’ll retail at $29.99 ($23.99 thanks to Amazon Prime and/or Best Buy’s GCU discounts).

“Ittle Dew 2 is a charming and humorous 3D Action Adventure game with a focus on exploration and combat. Tackle the game’s dungeons in any order and discover the many secrets of its expansive overworld. With only four main weapons, combat and puzzling is streamlined, yet upgradeable inventory items add RPG-like character progression!” 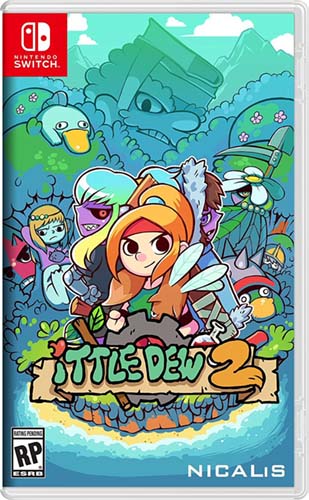 On the official site, the description is a tad bit humorous and definitely invokes some Link’s Awakening vibes.

Main characters “Ittle and Tippsie crash onto yet another island filled with loot, puzzles and mysterious inhabitants! With the help of a magical map, they set out to steal eight pieces of a raft from increasingly improbable locations including beaches, prairies, an art exhibit and some dude’s basement.”

Are you interested? Sounds like a great addition to Nicalis’ latest release, Cave Story+. You can check out the gameplay from an older video from Ludosity below to get a closer look at what you can expect from the game.