Review: The Legend of Zelda: Breath of the Wild — The Master Trials

The Legend of Zelda: Breath of the Wild provided countless hours of gameplay in one of the most fleshed out video game worlds that’s ever been created. Now, with the first pack of the expansion pass, titled The Master Trials, players have even more reason to jump back into the world. The Master Trials doesn’t add anything earth-shattering to the original experience, but it does make Link’s world more accessible to the player, while also adding a few fun modes that will challenge even the most hardened Zelda vets.

Upon entering the game for the first time after purchasing the DLC, a voice calls to Link and informs him he’s now ready to take on a new trial — one that will finally unlock the true power of the Master Sword. Link must travel to the forest where he originally drew the sacred blade. There, the Great Deku Tree presents the Trial of the Sword: a 45 room dungeon where Link needs to eradicate the enemies in each room to advance to the next one.

Similar to Eventide Island, one of Breath of the Wild’s best quests, Link is stripped of virtually everything he’s learned to rely on throughout his journey. Every sword, shield, bow, material, meal and piece of gear you’ve collected through hours of adventuring will be torn from you, forcing you to rely on instinct, strategy and smart resource management to advance to the end of the trial. Link will be left with only his heart containers, stamina wheel and rune powers, so make sure you’re powered up before trying your hand at the trial. 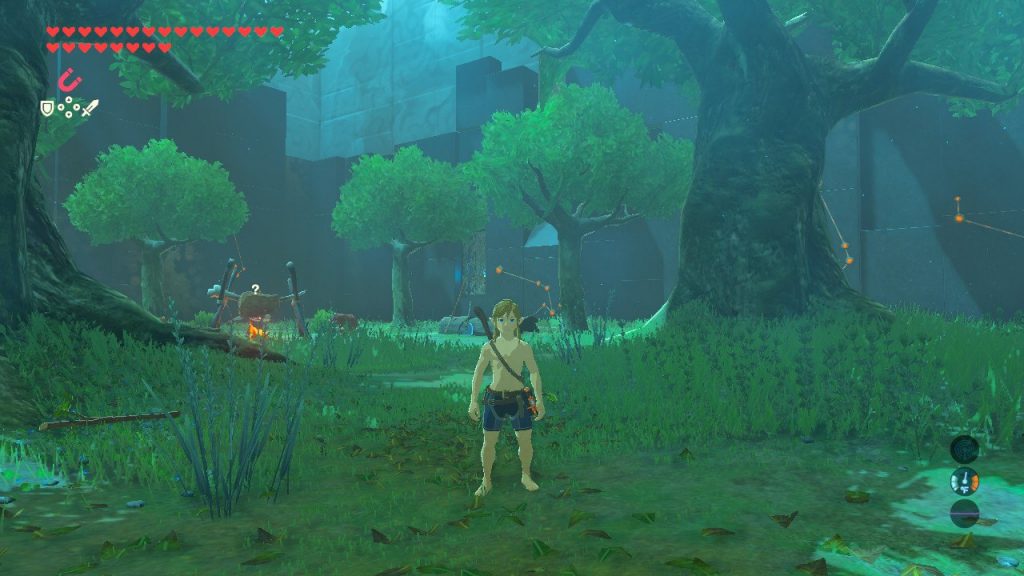 After exploring this world for around 100 hours, Breath of the Wild has lost some of the initial challenge, save for the occasional Lynel. The Trial of the Sword is a welcome return back to the original feeling of helplessness and anxiety felt on the Great Plateau, as this challenge lives up to the billing of “The Master Trials” title. After a few simple rooms, the difficulty kicks in and doesn’t let up until you’ve conquered the trial.

I had to rely on the bomb runes quite a bit, specifically in the first section of the trial, where I hadn’t yet acquired weapons strong enough to defeat some of the enemy classes inhabiting the rooms. Some of the floors require a certain level of stealth and careful planning, where I would position Link on treetops and isolate one enemy at a time to avoid being outmatched by a mob of foes. Feeling like the underdog again in Breath of the Wild was exciting, which was a feeling I hadn’t experienced since the early hours of the game. 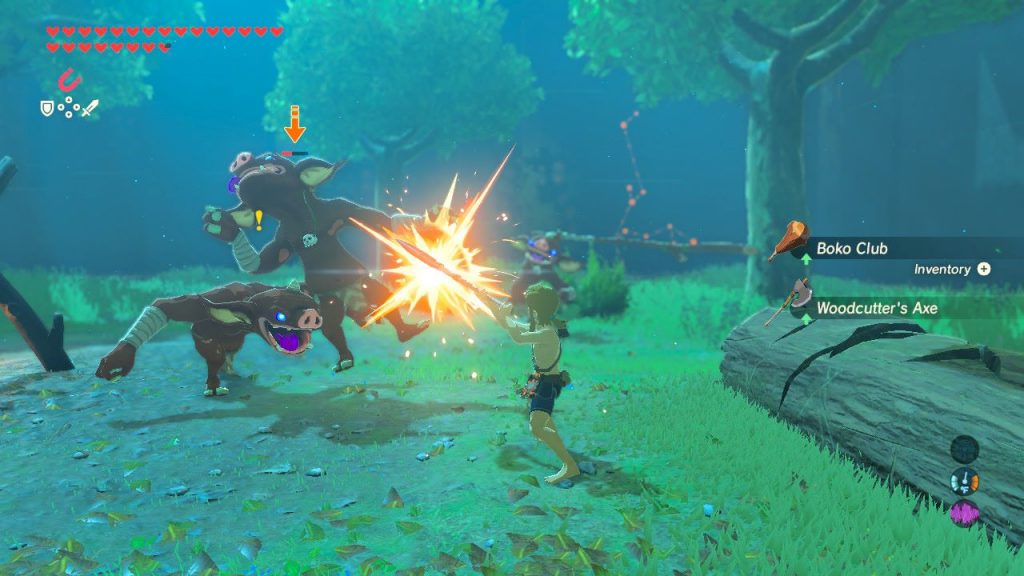 It’s also pivotal to scour each and every floor for valuable resources you’ll need later on. There are pit stops during Link’s journey — rooms with a few treasure chests, some resources and a cooking pot. These instances really tested my cooking abilities, where I had to use the few ingredients I had gathered in the previous rooms to prepare the best meals and elixirs to push me through the next set of floors.

Overall, the Trial of the Sword was enjoyable, and being rewarded with the full power of the Master Sword made the experience feel worth it.

Also worth noting; there are a few cute cutscenes with the Koroks, which I’ll never get tired of.

The Master Trials includes special gear inspired from past Zelda titles. The game doesn’t just hand these to you though, as new side quests must be completed to obtain the new clothes. The Great Bandit, Misko, has hidden all of these sacred treasures across Hyrule, leaving clues to their locations in a journal. Solving the riddles Misko left, Link must travel to these locations and search for the treasure chest containing the special piece of gear. 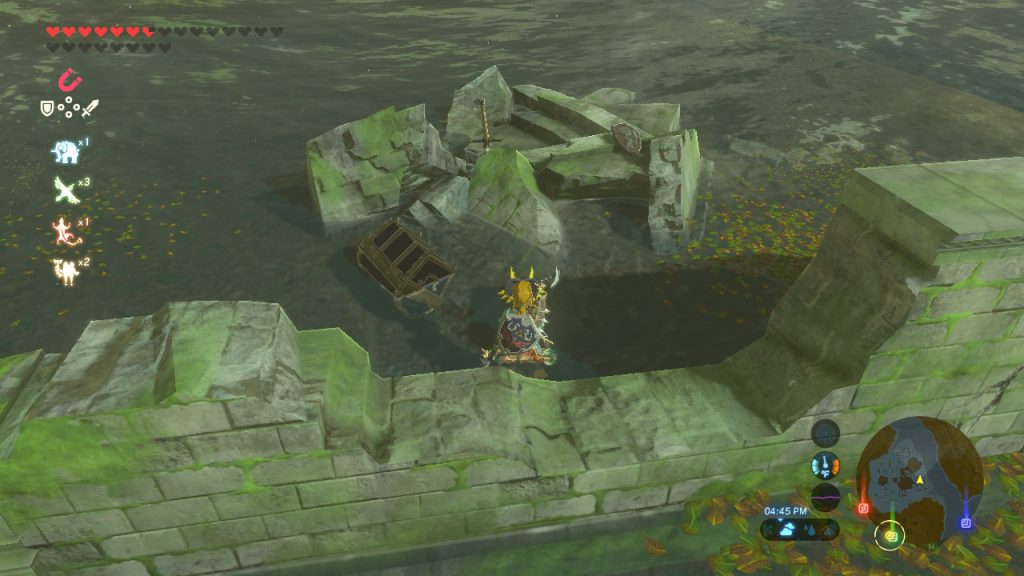 While forcing the player to complete a side quest in order to obtain the gear may seem like a nuisance, traveling to the different locations to find the treasure actually became a fun adventure. The locations selected for this quest don’t have any shrines or other side quests connected to them, and I actually hadn’t even been to some of the areas. Forcing this new exploration led to fun, new discoveries, and it only made my love for this world grow.

The new gear is fantastic, for the most part. Wearing the Phantom Armor from Spirit Tracks is my personal favorite combo, as it looks great and boosts Link’s attack stat. Surprisingly, the biggest disappointment has to be Majora’s Mask. Playing the original N64 game, we all know how powerful this ancient mask is supposed to be. In Breath of the Wild, however, the iconic mask is limited to acting as a disguise from some enemies. I couldn’t help but feel disappointed that Link didn’t obtain special, dark magic with Majora’s Mask equipped. 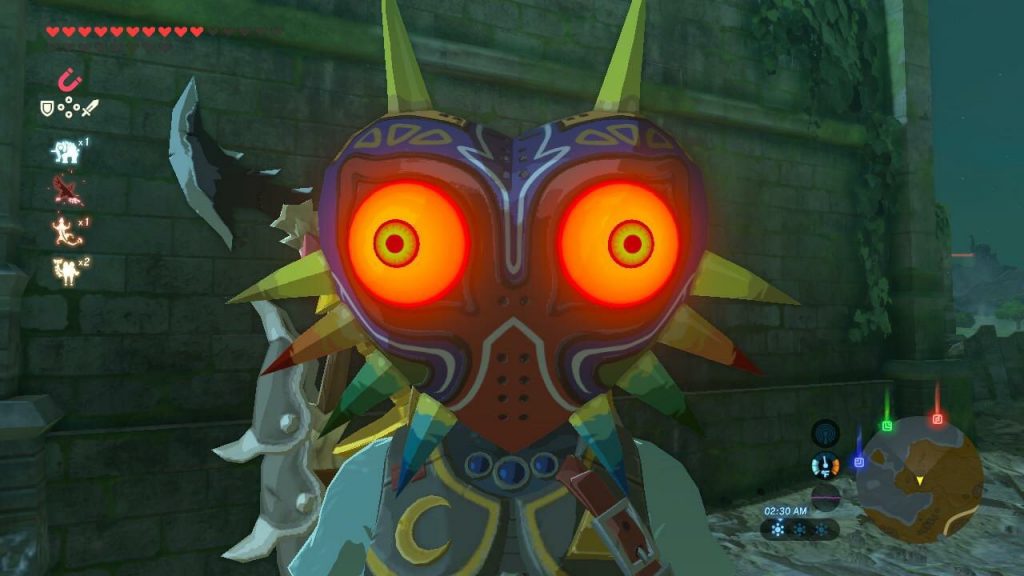 Acquiring the Travel Medallion was my personal highlight of the first DLC pack. While I won’t go into the exact details of the mission, I’ll just say it ended with one of the most epic Guardian battles of the whole game. The medallion is extremely useful as well, allowing you to set your own warp point anywhere on the map.

In Hero’s Path Mode, you can see your entire path from the start of the game up to the present moment. Not only that; you can watch a video of your path being traced across the map, complete with screaming sound effects for anytime Link died. I viewed my entire trail from start to finish, and it was extremely fun to reflect upon my entire journey.

In addition to the new features in the original game, Breath of the Wild also presents a new, more hardcore mode. In Master Mode, enemies begin at a higher class from the start, and they also regain health as time goes on. There are also new floating platforms enemies camp out on to attack Link at very inconvenient times, such as when Link is crossing water.

While all of the Master Mode additions seem to create a tougher, more intense experience, there’s a caveat. Unlike recent Zelda entries, you can’t toggle Master Mode on and off. Instead, you’ll have to start a brand new file if you want to experience the harder version of this game. For a game as dense as this, it’s extremely disappointing that we’re forced to go through it all again if we want to see the new features. 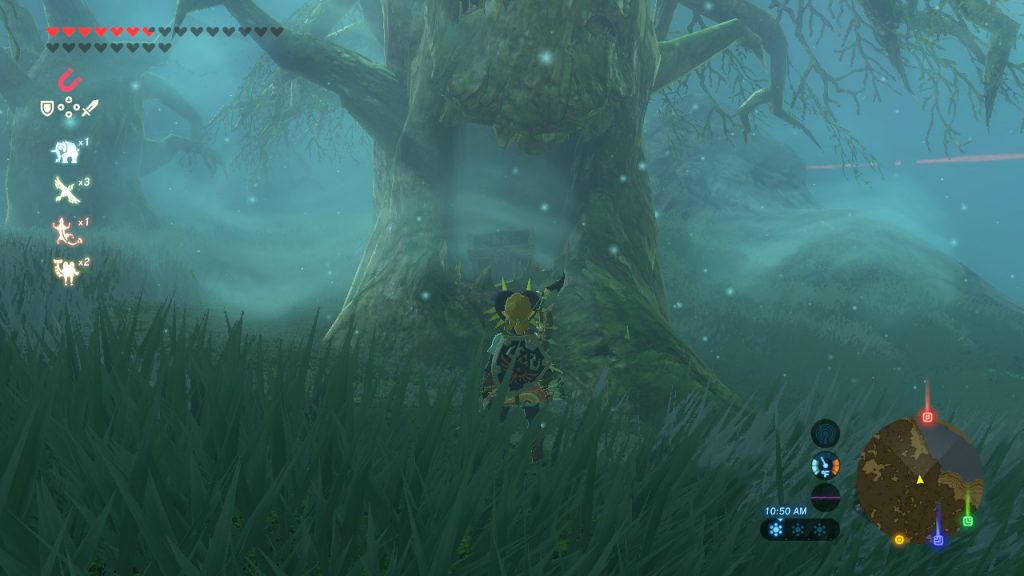 The Master Trials definitely doesn’t feel like a completed DLC pack, but it does add some fun, new objectives to get you back in the adventuring spirit. In addition, the bonuses that complement these objectives make the pack worthwhile, especially the travel medallion and the powered up Master Sword. The Trial of the Sword is a strong challenge that will truly test your mastery of Link and the environment, and it works as a strong centerpiece to the first half of the Expansion Pass.

The biggest disappointment for me is Master Mode, as I don’t feel motivated to play the entire quest again on a harder difficulty. With The Champions’ Ballad coming soon, however, The Master Trials will stand as a great complementary DLC pack that’s definitely worth delving into until the new story pack releases later this year.