The Legend of Zelda: Breath of the Wild DLC file sizes

We have a little less than 48 hours until the Blood Moon approaches for the first time in The Legend of Zelda: Breath of the Wild’s first DLC pack. Over on Nintendo of Japan’s site dedicated to the game, an update provided the file sizes for the DLC. Surprisingly, the Wii U’s download is a bit heavy, to the tune of 3.7GB. The Nintendo Switch, on the other hand, is not even half a gig, clocking in at 456MB. 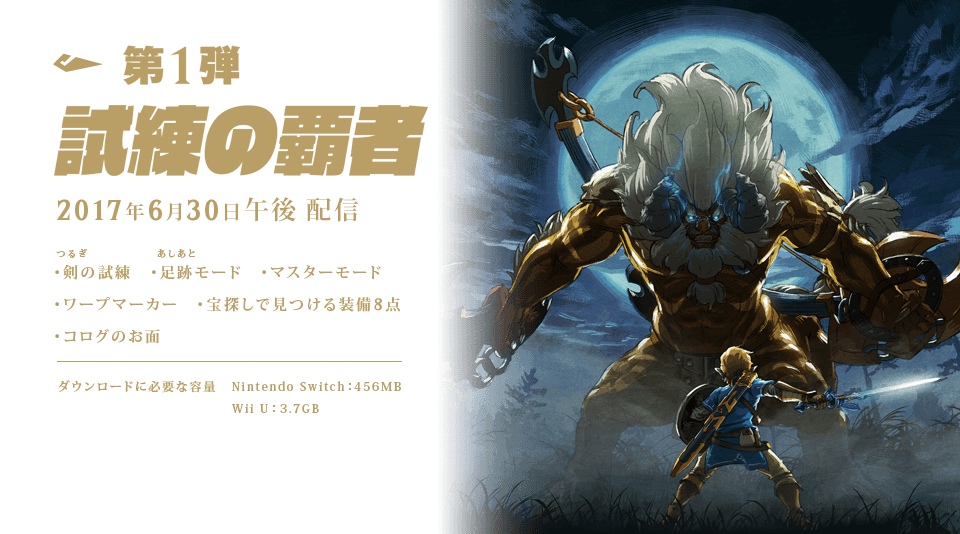 It’s interesting to see the technological gap between the two versions, possibly due to the Wii U version getting some extra fine-tuning to help support all the new content. I think it’s safe to assume it’s more than likely that we’ll see this contrast in file sizes this holiday season when the second half of the DLC drops.