A night of magic at the Kingdom Hearts Orchestra World Tour

The music within games has phenomenal power to move players. Carrying the action and accentuating your movements and memories, melodic pieces hold an undeniable role in making the experience something more. Bringing this to life takes many forms, but when paired to a full orchestra they take on a whole new identity. I was fortunate enough to experience this recently through a series that I’ve put plenty of time into and whose music definitely warrants this kind of treatment.

Join me as the curtain rises and I tell you all about my unforgettable night at the Kingdom Hearts Orchestra. 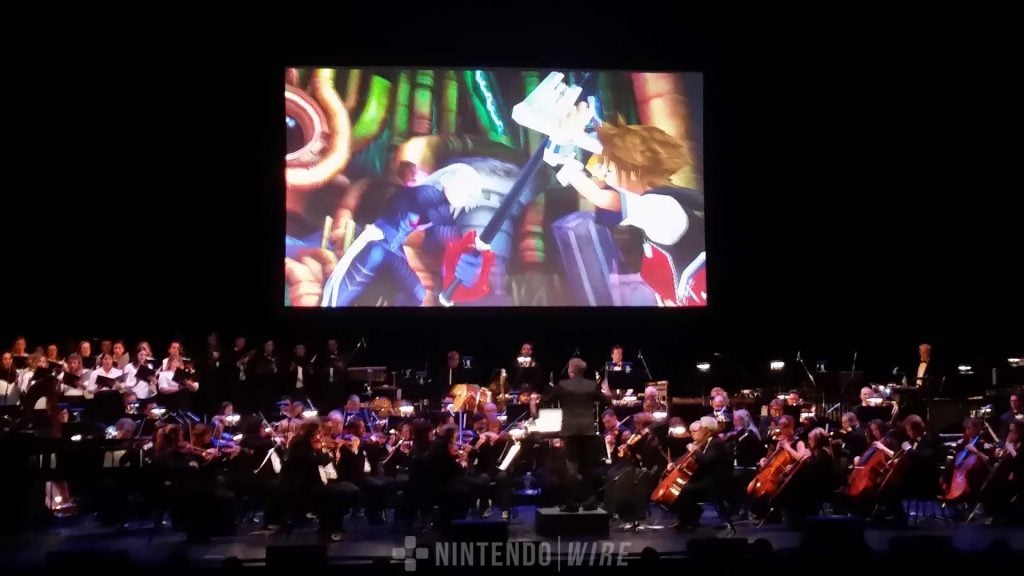 Entering the Dolby Theater, I was taken in by how excited everyone in attendance seemed to be. This is a series that I’ve followed for years but has admittedly gone quiet in the lead-up to its latest installment. Other than some signage near the entrance, there were zero decor or immersive elements, and the three themed drink selections on offer weren’t exactly pushing the envelope of presentation. Spotting some cosplayers and browsing the merch table, I was starting to remember what I had enjoyed about these games in the first place, but I wasn’t exactly swept into the festivities. It was only when I made my way to my seat and the lights went low that I realized why I’d felt underwhelmed up ’til that point.

As the music began it was impossible not to become excited. The series’ longstanding theme, “Simple and Clean,” began to play from the live orchestra with all the power and evocation that demands. With a screen playing the opening of Kingdom Hearts 3D: Dream Drop Distance behind them it was then that I remembered just how many times I’d listened to this song growing up. I couldn’t help but applaud, with the entire audience sharing in these memories and emotions. Kingdom Hearts has always been about the connections between people and the way their hearts hold these bonds, and with this one song, the show managed to replicate that perfectly. 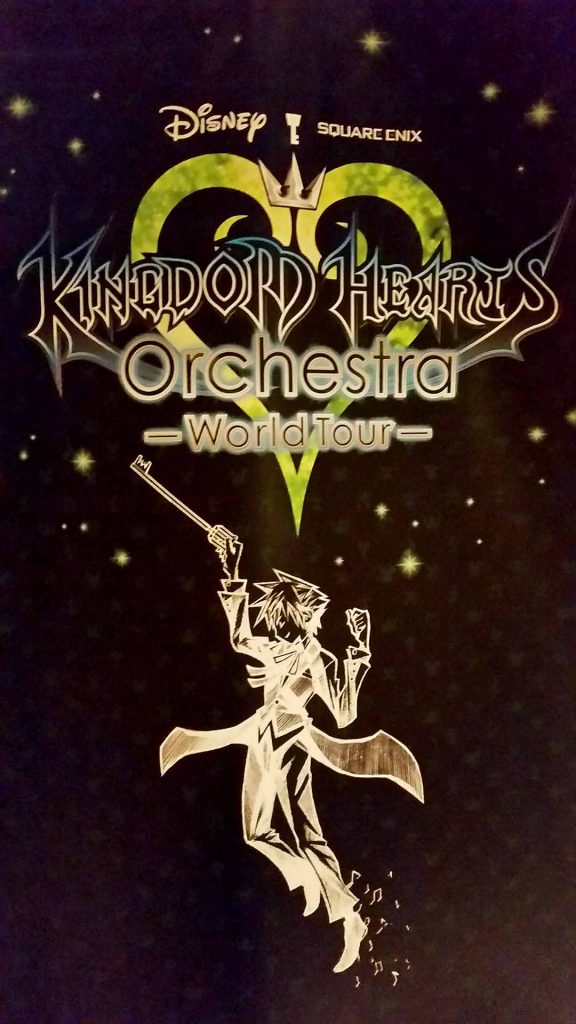 More songs came and went, such as mainstays “Dearly Beloved” and “Destati.” It was after the first few songs of the evening that Kingdom Hearts composer Yoko Shimomura herself came to the stage to thank all in attendance and all fans throughout the world. Her passion for these songs and joy at seeing them come to life came off as genuine and touching, and seeing her in person was special to me in its own way. Aside from these games, she’s handled the scores of Super Mario RPG, the Mario & Luigi titles, Street Fighter II and several other Square Enix products. My smile grew and grew, and with her word the music resumed with a few more upbeat pieces, including a medley of various world themes, carrying the night well.

There was hardly a song I didn’t recognize throughout the night, though every new piece was accompanied by its title flashing across the main screen before the chosen, accompanied visuals began. Even if you don’t have a series-wide understanding of the franchise, or even if you only played the main numbered entries, I’d chance to say the show and its music would be strong enough to keep you invested, if not enthralled. A medley of character themes kicked things off after the intermission, giving several of the main characters of the franchise a brief spotlight. Speaking of, original voice recordings from Japanese voice artists from the series were used during a few pieces, adding some insight and thoughts from characters Kairi, Aqua and Xion over the course of the show. These are the only moments that may be lost to those who haven’t played through the whole saga, but even then they paired with the music well. 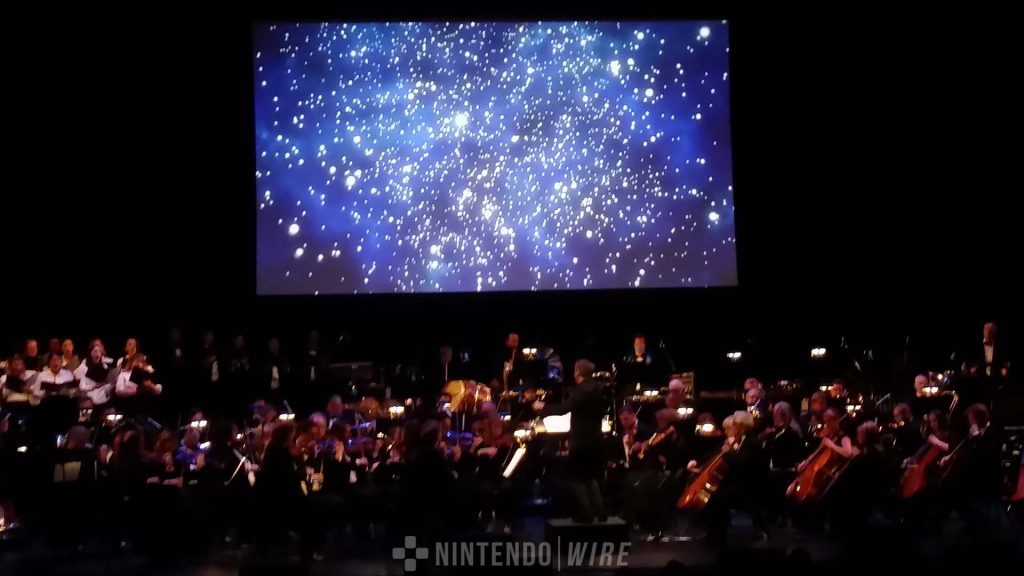 As the nearly two hour event reached its finale, several more somber and menacing themes made their appearances. Melancholic masterpieces “The Other Promise” and “Vector to the Heavens” brought a chill throughout the theater, and a medley of final boss themes reminded us all that with all the light these games hold there must too be darkness. However, light found its way to rise above, captured perfectly by the song “Sanctuary.” Shimomura-san then took the stage and, after several rounds of applause for her, the conductor, the pianist and the entirety of the orchestra, she sat at the piano herself to play the final song of the evening. After having just performed the opening theme for Kingdom Hearts II, it was only fitting she play us out with that game’s credits complete with credits for the concert series itself.

All of that would have been enough, but as this was the first show of the entire tour (as well as right before this year’s E3), there was one last surprise in store. Series director, designer and story lead Tetsuya Nomura himself took the stage, and after a gentle reminder that photography was not allowed, he unveiled a brand new Kingdom Hearts III trailer. The footage for that speaks for itself, but I cannot understate how incredible it was to be in the room with deafening applause both before and after the video rolled. Add in that the gathered musicians also provided the theme heard in the trailer live, and it was a one-of-a-kind reveal that has me all too excited for the past and future of these games.

For your viewing pleasure, here’s the Kingdom Hearts III trailer first revealed at the event: