Armor of the Phantom details revealed for Breath of the Wild 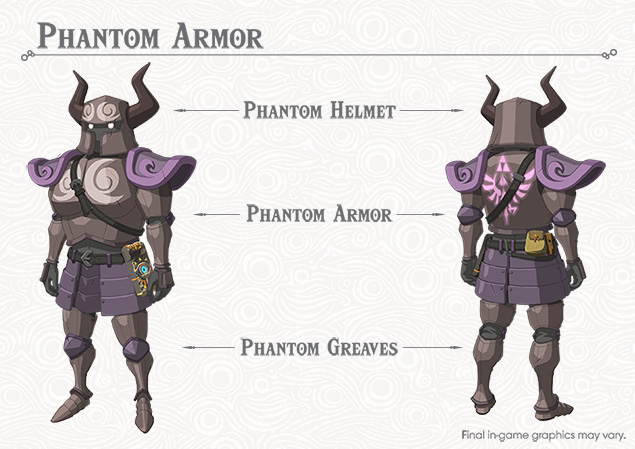 Depending on your experience with the series, some of you may be wondering, “What’s a Phantom?” Well, Phantoms are a type of knight appearing in The Legend of Zelda: Phantom Hourglass and The Legend of Zelda: Spirit Tracks games for the Nintendo DS™ system. In those games, the mysterious armor they wear does not take damage when attacked from the front.

The Legend of Zelda: Phantom Hourglass was called a “stylus action adventure game” in Japan, but at the beginning of development, one of our initial ideas was to include a type of gameplay that would let you sort of play tag with unbeatable enemies in dungeons. In the finished game, Link would actually die with just one attack from a Phantom, so it required Link to advance through The Temple of the Ocean King by hiding from them and sometimes using traps to his advantage. Come to think of it, that’s somewhat similar to his relationship with Guardians, isn’t it? 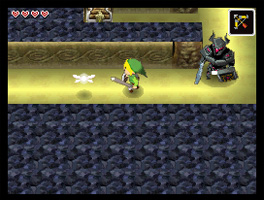 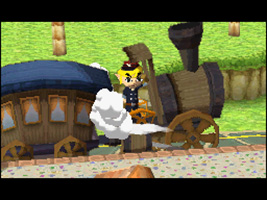 Phantoms also appeared in The Legend of Zelda: Spirit Tracks, and this time, Zelda could possess them and solve puzzles alongside Link! Seeing a hefty Phantom act like a princess was a pretty funny sight at the time.

In addition to the Phantom, there are other armors based on previous The Legend of Zelda game characters, such as Tingle and Midna. We’ll go over those in our posts tomorrow and Wednesday.

The Legend of Zelda: Breath of the Wild DLC Pack 1 releases this Friday! You can pick up the Expansion Pass at Amazon now.