The cute and colorful spin-off Monster Hunter Stories finally has a confirmed release date in Europe, after being announced for localization back in April’s Nintendo Direct. It will be published by Nintendo in the region on September 8th. 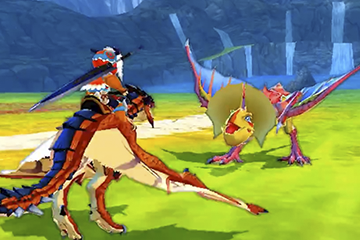 For North America the game is still listed as a fall release, though past Monster Hunter games have generally launched in both North America and Europe within a few days of each other. Then again, as Nintendo is handling publishing duties this time around there could be a greater gap. Nintendo of America listed Pokkén Tournament as a summer release, for example, even though it’s releasing September 22nd.

We’ll be sure to let you know when a release date is confirmed for North America.