This past Tuesday morning left a good chunk of the Nintendo fanbase melting into puddles of joy. Yes, this year’s E3 might have had some missing entries, but the crawl of a teaser for Metroid Prime 4 (working title) followed up by a double whammy with Metroid: Samus Returns was a bit of a shock. There’s plenty of fan reactions online — even the Nintendo Wire team had a video camera set up watching us collectively lose it together. Yet, we can’t ignore the last few years and how due to series’ progression (or lack thereof) got Nintendo to where it is now — but looking back, we see that was all necessary to get where we are today.

I’m going to confess: I haven’t played Other M at all. The game is sitting in a disc folio case, untouched since it was placed there. As to why I even have it, the game was $5 at Best Buy one day and I jumped at that price. The game’s reviews had high points and low points, but overall, the negative reception boiled down to the shift in tone and a mishandled storyline. For those who were fans of the Metroid Prime Trilogy, Other M was somewhat doomed from the start with that bias. When the trilogy got a port to the Wii, it was over. Any time I’d want to play Metroid on the Wii, I found myself booting up Metroid Prime 1 through 3… and not Other M. Sure, that’s on me, and perhaps I should go back and play it now that I’m older and wiser, but that doesn’t stop the fact that, seven years ago that belief was there. Why go and play something that wasn’t Metroid Prime when you had it at your fingertips?

Where would Nintendo go from there? Perhaps back to handheld consoles, even if it was a sequel to Metroid Pinball?

Nearly five years after Other M’s release, the next new Metroid game would be announced. Prior to E3 2015, the recently renamed Nokia Theater had Nintendo fans seated, ready to watch the Nintendo World Championships 2015. The previous year’s Super Smash Bros. tournament was a hit — fans had started to camp out at midnight in Downtown LA and the event was a success due to the hype. Nintendo, hoping to strike gold twice and building momentum up for the Wii U, would be showcasing more than just Super Smash Bros. for Wii U this time. Not only that; more titles would be dropped and Mario Maker would get a name change. 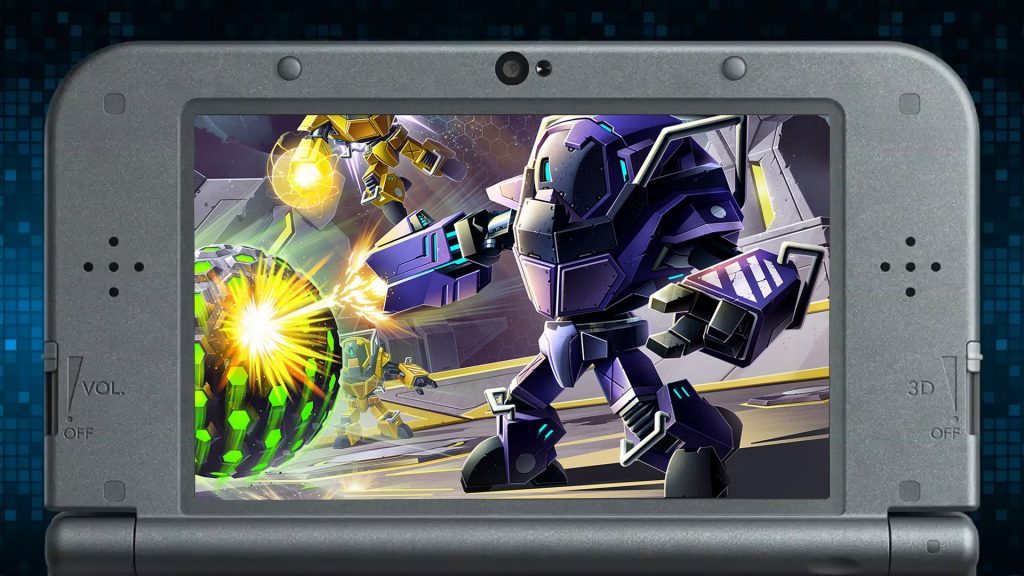 One title, however, made everyone’s head scratch, and that was Blast Ball. The room lit up with excitement and hype. Attendees who held onto the giant Super Smash Bros. cheering signs had them flipped to Samus’ portrait and I was waving around a Metroid II: Return of Samus poster. When that music cue faded into the visuals of Blast Ball, the energy was sucked out of the room. Oh, a cheap eShop title to get to the Rocket League crowd? Sure, whatever, that could work, I thought. In retrospect, if you compound the music tease and the fact that Super Metroid was the next game for the “underground” elimination survival rounds, we should have seen what was coming that week. For those of us who guessed what Blast Ball really was, the saying of “trust your gut” was eerily correct.

To be fair though, Nintendo didn’t know what would happen next either.

A flood of hate

To this day, if you dig into Nintendo’s YouTube channel or other social media outlets, nearly anything related to Metroid Prime: Federation Force and its version of Rocket League (which called Blast Ball) is a marketing mess.

The E3 trailer for Metroid Prime: Federation Force? 90,075 dislikes. Compared to the amount of likes it received (10,475), the trailer had a nearly 90% overwhelming reaction of “NOPE.” It wasn’t just the trailer; every upload of footage from Treehouse Live had the fans voicing that this wasn’t Metroid — that the title of Metroid Prime should be removed from the game. Nintendo stuck it out for the most part though — comments were left on and someone within Nintendo of America probably had to sift through them in addition to all the fan letters asking for an “actual Metroid Prime.” Time would tell if that passion would die away and Nintendo had access to sale numbers that would indicate what would happen next, but that hatred didn’t stop.

Anytime Metroid Prime: Federation Force showed up, it was thumbs down. A demo of Blast Ball was launched and then had its online connectivity yanked last December. Having the game appear at events like at the Nintendo Lounge during San Diego Comic Con, PAX conventions or even at WonderCon didn’t seem to help. It’s one thing to hide behind anonymity online, but when fans are constructive or just plain negative in person, then it might be time to go back to the drawing board and perhaps quietly market the game while getting some amiibo support in there. Comments and likes and dislikes began to be disabled. Reviews would be the last chance to get positive word out for the title.

From the outside, this would appear as a final nail in proverbial Metroid coffin.

A Samus to the Past

Deemed a commercial failure by sales figures and fans that hated where the Metroid series was, perhaps it was time to see what made Metroid successful in the first place.

The Metroid Prime Trilogy sold well, even with re-releases. The fanbase was still asking for a “Metroid Prime 4” to be made. With the gap of almost ten years, today’s gaming landscape is a tad different: Samus was up against the Master Chief during the GameCube days. Now? Nintendo has its own kid-friendly shooter in Splatoon and various Metroid games have been ported over to the 3DS and Wii U Virtual Console. The fanbase was older, the Wii U was on its way out, and the Nintendo Switch was hyped up as what would save Nintendo. (And this seems to be true since it launched this year.)

Maybe key people tied to the series could be persuaded to go back to what made a Metroid game in terms of story, branding and identity, functionality and more. After all, what did they have to lose?

As a good luck charm, I unfolded that old Metroid II: Return of Samus poster that came with my original Game Boy. I placed it next to the television in the hotel room that became Nintendo Wire’s base of operations for Nintendo Spotlight E3 2017. At best, we would get something new. At worst, we’d get nothing. It didn’t work the way I had hoped in 2015 at the Nintendo World Championships, but for 2017 it was all too perfect. Metroid Prime 4 (working title) is not only in development, but it will be on the Nintendo Switch next year. Perhaps slated towards the end of 2018 rather than the summer (speculating here), we at least have a concrete date to plot on a calendar. To hold us over, Metroid: Samus Returns will be released in September along with new amiibo, just shy of Metroid II: Return of Samus’ 16th anniversary.

From what we’ve seen at E3 and via Treehouse Live, Metroid: Samus Returns looks solid and the online fanbase agrees — millions of views and an overwhelming number of likes seem to confirm that. This throwback to the past not only caters to us, but to new fans entering the video game community. If you go pop in over on Miiverse you’ll see that players are downloading the original in the eShop and playing it in preparation for September. It’s a best case scenario, and thanks to our patience and Nintendo being able to withstand all the vitriol, there’s progress being made.

Nintendo does listen, but I think we need to take a step back as fans. Every series has its highs and lows — just look at what’s happened to Fire Emblem over the last few years. Yes, Metroid’s “winter” feels long, but given what awaits, it seems like Metroid has a proper 30th anniversary party just in the nick of time before it turns 31 in August.