During the final Treehouse Live stream of E3 2017, Nintendo showed off ARMS one last time before launch and unveiled its early DLC plans. Not only will a spectator mode be added later in June but a new character will make it into the roster this July – Max Brass. His associated Sky Arena stage will also become available. 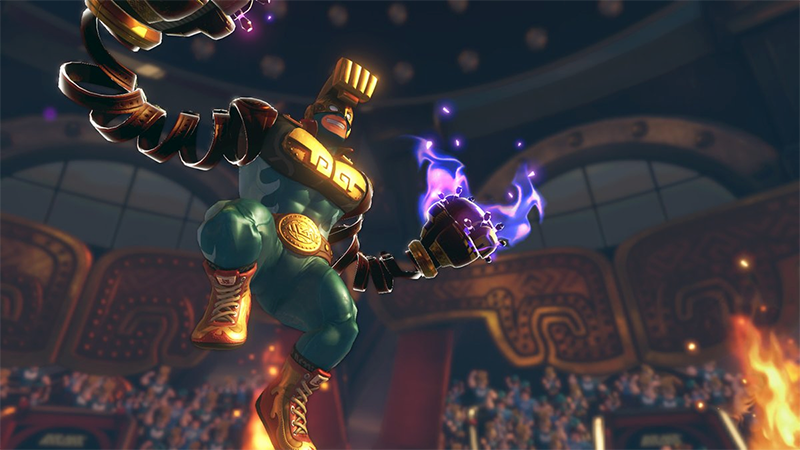 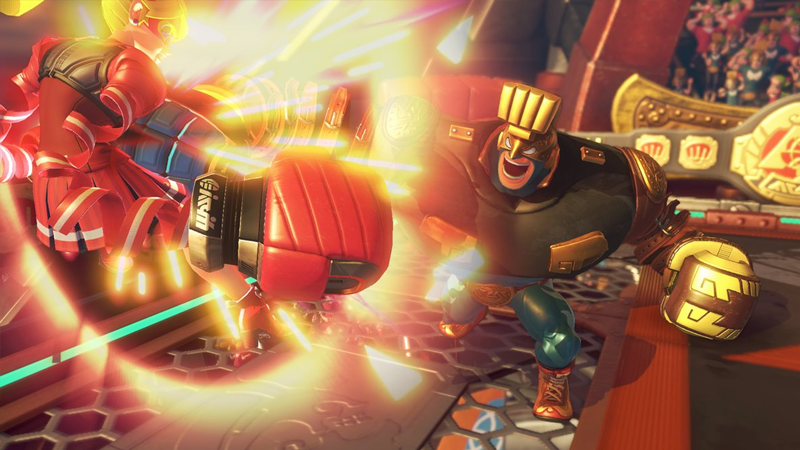 The Grand Prix Champion, Max Brass’ ARMS are fittingly made of championship belts. He’s also the final boss of the main game, so you’ll get to face off against him early.

ARMS launches tomorrow, June 16th, and we’ll be sure to bring you specific release dates for the other DLC as they are announced.