How well does Sonic Forces run on Nintendo Switch?

Earlier this week at E3, we had the opportunity to try out Sonic Forces at Nintendo’s booth. Many fans have been wondering how well the new game would run on the Switch compared to other hardware, and we’re here to tell you!

While the foreground of the action looked clean and crisp, the background textures were noticeably fuzzy and choppy. The Sega representative who walked me through the demo said it was an early build of the game, but it remains to be seen if this issue will be fixed later on down the line. The problem was especially present in the Modern Sonic level, easily the section of the game where the most was going on. We also played the game on PS4, where the background textures looked much cleaner and the game itself felt more polished. 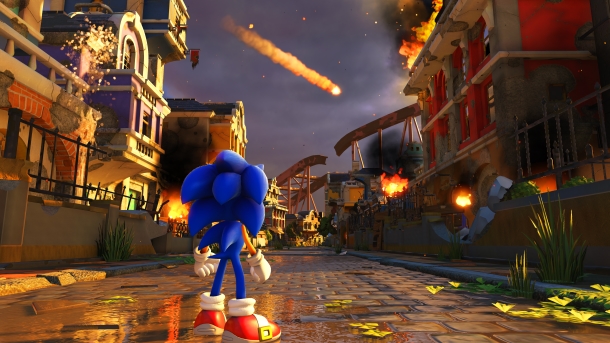 We also got to play the same Modern Sonic portion of the demo in handheld mode. It’s definitely playable, but there were definite frame rate drops compared to TV mode. The only point it became overly obnoxious was when there were dozens of rings on screen flying towards Sonic. As of right now, it seems handheld mode will be a last-resort method to play this game, as it runs far better when plugged into a television.

We’ll have a full impressions article from Sonic Forces in the coming days, including what we thought of the custom hero level. Keep an eye on Nintendo Wire all week long for more E3 coverage.