Early last month we reported on a leaked file within Nintendo’s eShop servers listing a “Mario & Luigi: Superstar Saga + Bowser’s Minions” for the Nintendo 3DS. Now, during Nintendo’s E3 Treehouse stream, it has been confirmed as a reality.

Naturally, the main chunk of the game is a remake of the very first Mario & Luigi, with the Game Boy Advance sprites being swapped out for the merging of 3D and 2D seen in Dream Team and Paper Jam. Characters like Fawful, Cackletta and Toadsworth are all present and correct, though time will tell if the infamous Geno cameo makes a reappearance.

It’s not all old content, though, as there’s a new mode in the form of Minion Quest: The Search for Bowser. This is a totally separate adventure where you follow high ranking Bowser minions as they search for their king during the events of Superstar Saga. It takes a more strategic approach to battle, where you choose your party according to a weakness triangle, although it’s a little hands-off, with you acting as the Captain and using “CP” to bolster your forces or weaken your enemies. 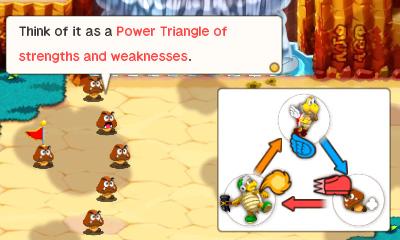 Finally, the Koopa and Goomba amiibo that popped up earlier in the day will have functionality within the game, on top of already released Boo, Mario and Luigi amiibo. Specific details have yet to be announced.