Update: The official Ubisoft Blog has confirmed that the game will support amiibo “to unlock new in-game features”. No more specifics have been revealed.

It will be a strategic RPG with 8 playable characters – Mario, Luigi, Yoshi, Peach, plus four rabbids dressed up as them. They will use a variety of weapons against some unusual enemies scattered throughout an invaded Mushroom Kingdom.

A behind the scenes trailer has also been released, featuring a Shigeru Miyamoto interview:

An eagle eyed Reddit user has discovered a Collector’s Edition for the game, too. It has European branding, but don’t be surprised if it pops up in the US after the conference. 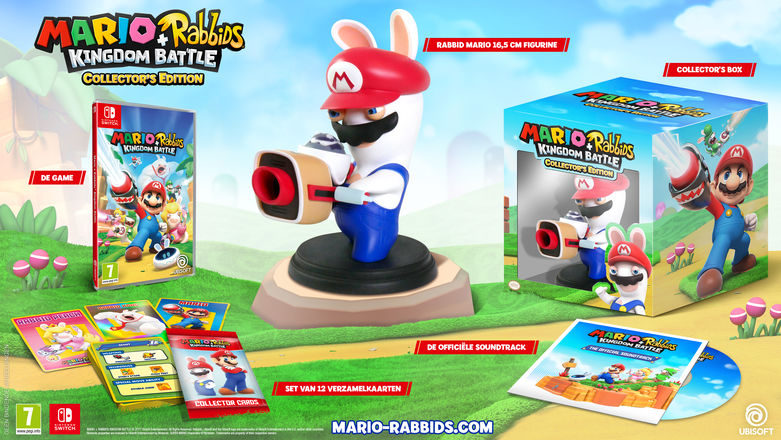 Finally, Banjo Kazooie veteran Grant Kirkhope has confirmed he is composing the music for the game!

Mario + Rabbids Kingdom Battle will head to the Nintendo Switch on August 29th!