There are few games as important, influential or impeccable as Cave Story. Originally developed by one man, Daisuke “Pixel” Amaya, and released for free in 2004, it’s often regarded as the father of modern indie games — in no small part due to its creativity, efficiency and mastery of game design. Almost 15 years after its first release it’s still regarded highly, and will likely go down as one of the greatest of all time.

In the ensuing years, Cave Story has been ported to nearly every conceivable platform, including TI graphing calculators. Thus it seems inevitable that the game would make its way to Switch, and in the updated and posh Cave Story+ edition, too. But what does this version of the game have to offer over the others? Let’s take a look.

A tale of spelunking and death

Cave Story puts the player in the role of a silent robot from “the surface,” who one day awakens in a mysterious cave. Upon exploring, he discovers a village inhabited by Mimiga: rabbit-like folk who are being assailed by a maniacal doctor. Armed with a pistol, you must fight the doctor and his cronies in your efforts to escape from the caverns.

It seems like a fairly simple plot, but Cave Story packs a lot of emotion and thought into its relatively short narrative. Characters feel lively but grounded, the villains are colorful, and by the end the story has taken more than its fair share of interesting turns. The game touches on topics like war and humanity, and while it’s not the most philosophical or introspective narrative ever, it does more than enough to get the player invested in what’s going on.

The game’s art and sound are similarly excellent. The + version offers updated assets compared to the pixel art of the original, with smooth yet still stylized line work in every sprite and environment. Character and enemy designs feel cute and expressive, and the atmosphere manages to be simultaneously lighthearted and mystifying. What’s more, characters’ mouths move while they talk, which is one of the few additions or changes unique to the Switch version. The soundtrack is filled with track after track of impressive music, compounded by several different options for sound chips and the like.

Cave Story’s gameplay is somewhere between Metroid and Mega Man, offering a mix of run-and-gun shooting, exploration and item acquisition. You’ll start with no weapons, only to soon find a weak pistol, and from there work your way to other tools. Killing enemies brings a chance of dropping little experience triangles, which can upgrade each of your weapons to give them more strength. However, getting hit by foes will cause your level to drop, weakening you. It’s simple to grasp, but extremely effective in how it punishes the player for taking hits, promoting a dodge-friendly style in the process.

There are plenty of other weapons throughout the labyrinth: missile launchers, fireballs, a sword, even bubbles. The balance between them all is finely tuned, each one providing the appropriate firepower for certain situations but not so much for others. While there isn’t an absolute ton of weapons, you’ll use each one often, making them all feel necessary. What’s more, you can trade some of your more basic gear for fancier firearms — but choose wisely, lest you lock yourself out of better upgrades later on.

The level design is also stellar. While not as free roaming as a Metroidvania style game, there’s plenty of spaces to explore and crannies to discover. Each environment manages to feel unique and different despite a similar subterranean location, with a good variety of objectives and story motivation to push you along the way. No area feels too long or too short — they’re all the perfect length, neither dragging along with monotonous tasks nor feeling stunted and cut off too soon.

Cave Story’s difficulty is also finely tuned, aided by three levels. Most of the game proves to be manageable, if occasionally challenging, but it picks up during boss fights and as it nears the end. There’s little in the way of cheapness to be found — all enemies have a pattern, and you can dodge every attack as long as you’re paying attention. This sort of skill is required if you’re going for the true ending, which involves a trek through an extremely brutal final level — but never once did I feel frustration or rage while playing through it, only the confidence that I could eventually succeed.

CS+ also offers some extra modes. Besides Curly Mode (which allows you to play the game again as everybody’s favorite fembot Curly Brace), there are time attacks, a couple grueling bonus levels like the Sand Pit and the Wind Fortress and a Boss Rush. They’re not the most innovative or unique features, but they help flesh out a relatively short game and give it some replay value.

(Not) Switching it up

As a game, Cave Story is nothing short of excellence… but it’s all been seen before. What, you might ask, does the Switch version offer over others? What reason is there to pick it up, especially at a higher price point of $30?

The answer is, unfortunately, not too much. While the physical release of the Switch version comes with a nifty instruction booklet and a little CD, the game itself is identical to the Steam release, which is half the price. Of course, the Switch version has the added benefit of portability, but given that the game isn’t particularly long there isn’t as much value in that as one might wish.

The price point is really the only glaring question involved with the game. If you opt for the physical release, then the extra goodies may be incentive enough — almost like a special edition. However, there’s little reason to go for the digital release, especially when the 3DS eShop version of Cave Story (minus the plus) offers most of the same modes and additions, only missing the updated presentation and some challenges.

A story that lasts

If one is only looking at Cave Story+ as a game, then it’s a nearly flawless work – a tour de force of expert design and difficulty, and one of my favorite games of all time. However, as the Switch version stands, there simply isn’t much new to speak of. Were it the same price as the Steam version, I wouldn’t hesitate to lavish pure praise upon the game, but the high point makes me hesitate ever so slightly.

The bottom line is this: If you’ve played one of the more recent, updated versions of Cave Story, there’s nothing much for you here. If you’ve only played the original freeware release, then consider picking this one up, especially if you’re interested in all the additions. And if you haven’t played Cave Story at all… remedy that immediately, whether with this addition or one of the myriad of others. It’s truly one of the finest experiences I’ve ever had the pleasure to play and write about. 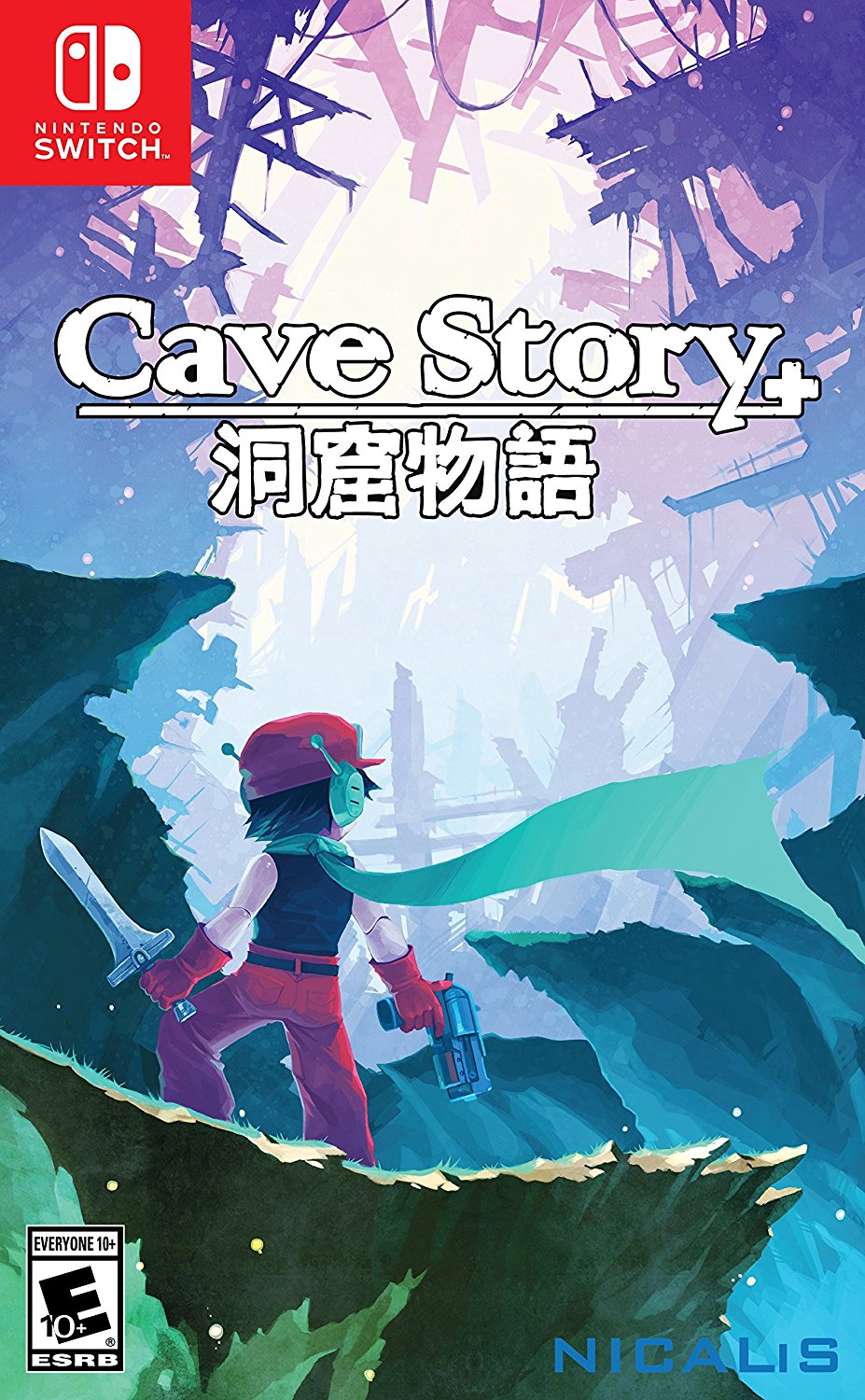