Splatoon 2’s single player campaign is something I’m looking forward to, mostly to find out what’s happened to my favorite Squid Sister. Past the story though there’s plenty to look forward to with respect to gameplay, and the Japanese Splatoon Twitter account has shared a few screenshots of a couple new environmental features coming in the mode.

First up are rails, which allow your Inkling to grind along them at higher speeds. Unlike the rail-like paths from the first game, you’ll travel along these as a kid rather than a squid and are able to fire your weapon along the way. Looking like something out of Sonic the Hedgehog, these rails should bring both flash and substance to the game. 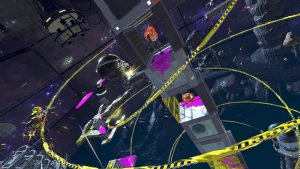 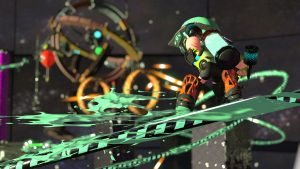 The other new feature are walkways that extend over gaps when you fire on them. You’ll be able to swim over them in squid form, and best of all it looks like they’ll be able to take out Octarians they unfurl through. Words don’t fully give these new features justice, but thankfully you can check them out in motion below.

Stay tuned for more on Splatoon 2 as we get closer and closer to its July release!