The Switch is about to host some electrifying action, as Inti Creates has announced it’s bringing the Azure Striker Gunvolt: Striker Pack to Nintendo’s hybrid console. While these action games already livened up the 3DS eShop, this jump to the Switch brings a little something different to the table. Not only are both games bundled together with all of their DLC, but many other new or tweaked features will make this the definitive Gunvolt experience.

Game balance has been altered at various points for smoother gameplay, and the Kudos system in the first game has now been replaced by the system from the sequel. Both games will now be running at 60fps instead of the originals’ 30. This’ll maintain the visual style the originals were known for, but at an enhanced rate that will really make it stand out. It’s noted that the playable Copen from ASG2 will really benefit from this enhancement thanks to his very mobile style of play. 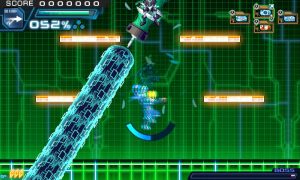 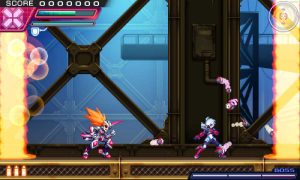 That’s not the only visual improvement the games will be seeing, though. The screen layout has been changed to be more intuitive on the Switch. Before, features like menus would have to be divided between two screens, but now everything will display cleanly on one. Event graphics and in-game text will also be clearer and easier to see and read, thanks to the HD platform. Speaking of HD, the Switch’s HD Rumble will enhance the action in new ways through not just the Joy-Con, but the fully compatible Pro Controller as well.

I loved both of these games and can’t wait for an excuse to revisit them on the Switch. The Azure Striker Gunvolt: Striker Pack will release on the Nintendo Switch August 31st.

Find out what the experience on the Switch will be like by watching the trailer!