Games are a funny business. Sometimes we purchase AAA titles that we ditch after a few hours, and other times we find dinky little flash games that keep us up all night. Some lengthy experiences can feel empty and devoid of value, while shorter games can have a profound influence on us.

Kamiko, a little action game for the Switch by developer Skipmore (who produced Fairune for the 3DS), is a perfect example of a bite-sized experience with punch. For such a cheap and short game, it manages to be very pleasing to play through from start to finish, and should be considered by any fan of the genre.

Kamiko’s plot is very simple. As one of three playable shrine maidens, you must open up torii gates that have been sealed by demons, who threaten to conquer your world, becoming one of the titular Kamiko in the process. You make your way through four different levels, fighting baddies and unsealing the torii along the way before fighting a boss. Basic, but it works.

Kamiko’s aesthetic is certainly one of its more charming points. Rather than straight fantasy, the game employs a mixture of classic shinto imagery and sci-fi sleekness to create a unique feel. The aesthetic never leans too hard in one direction or the other, lending a pleasant mix of futuristic and traditional Japanese styles that makes the experience all the more memorable.

Pixel art can be a tricky business, at best a beautiful style to express imagery and at worst a cheap way to evoke nostalgia, but Kamiko pulls it off with bright and varied colors and scenery. The music is in a similar vein, being the sort of chiptune fare that’s common in pixel art-themed games, but it manages to have enough spunk and vigor to carry you throughout. Kamiko never fully feels like a retro game, but it clearly takes inspiration from the past, and it makes an absolutely endearing aesthetic as a result.

Kamiko has three playable characters you can choose, each wielding one of the Imperial Regalia of Japan. For those favoring close-ranged combat, there’s the blue-haired Yamato, who uses the Blade of Kusanagi. Those who prefer ranged attacks can choose the green-hooded Uzume, who wields arrows fitted with the Magatama of Yasakani. And for those looking for a mix, there’s the red-outfitted Hinome, who uses the Mirror of Yata as a boomerang alongside a knife. The three even come with little character bios in the in-game manual, which is a wonderful touch.

Each of the girls — besides having some very cute and cool designs — plays completely differently, and will adapt to certain situations better than the others. Yamato, for example, is adept at dealing with enemies who swarm her, but has to get in close to deal with foes. Uzume can pepper enemies from afar with ease, but struggles when dealing with close combatants. Hinome is a bit more balanced, able to one-shot many enemies with her slow mirror boomerang (mirrorang?), but when she tosses it she’s left with a weak and stubby knife until it comes back. The stages are identical between characters, making the way you tackle enemies quite different. This variety of playstyle adds huge replay value to the game.

Compounding this are special attacks: abilities you can use by charging up once you have enough SP. Yamato will execute a fast, rapid, repeating spin attack; Uzume will shoot a volley of homing arrows; and Hinome will send her mirror out in a spiral to devastate the competition. This provides personal flair for each character, while giving you a handy method of dealing with tight situations.

While playing as each of the girls is fun, I do wish there was just a little progression for each one. Your kit at the beginning and end of the game is identical, as you’ll only pick up health and SP upgrades as you go along. It’s nice that you have access to all your abilities from the onset, but I would have liked to see a bit more growth in each character’s toolkit as you progress. It’s an extremely short game as-is, so it’s not the biggest deal, but it’s probably the only aspect of the gameplay I found noticeably lacking.

Kamiko in general plays pretty quickly — you’ll be dashing around with your pixely shrine maiden and chopping/shooting/thwacking enemies left and right. The game encourages battling foes through its combo system, which provides more SP from enemies based on how many you’ve beaten in a row without getting hit (and without letting the combo meter drop). You need SP not just to execute special attacks, but to open doors, unlock chests and — most importantly — to unseal torii, of which there are four you must purify in each stage before tackling the boss. Toss in some simple puzzles and you’ve got a surprisingly varied experience on your hands.

Kamiko focuses on action more than anything else, and provides some sizable baddies to tackle, but it’s got a nice sense of balance to how it tests the player’s skills. Oftentimes you’ll be tasked with carrying orbs or keys to their proper places, forcing you to dodge enemies rather than tackle them head-on. Other times, you’ll be given a lever with an extremely short timer, forcing you to make as mad a dash as you can. There’s also a fair share of hidden treasures in the level that will bolster your HP and SP, encouraging exploration and experimentation. There’s nothing that new or revolutionary here, but what is present is extremely tight.

While levels are the same no matter which character you play, which may seem like a detriment, it actually plays to the game’s focus: speed. Your time is recorded not just for each stage but for the game as a whole, encouraging speedrunning. Thus, even playing through the game casually will reinforce your memory for each stage, making your trek through each one speedier every time through. My first playthrough of the game was a little over an hour — my third was under 40 minutes. It felt good to get acclimated to the stages, which were just large enough to feel open and interesting.

The game is certainly short, there’s no getting around that — until you look at the price. At only $4.99, Kamiko provides as much value as some $10, $15 and even $20 games out there. Couple in the great replayability and you’ve got a great deal here — even if the experience itself isn’t the meatiest.

Kamiko is hardly the most revolutionary or world-shaking game out there. It’s exceedingly simple — and as a result, extremely fun. It won’t change your life or impact your beliefs, but you’ll have a good time. And sometimes, that’s what games are all about. 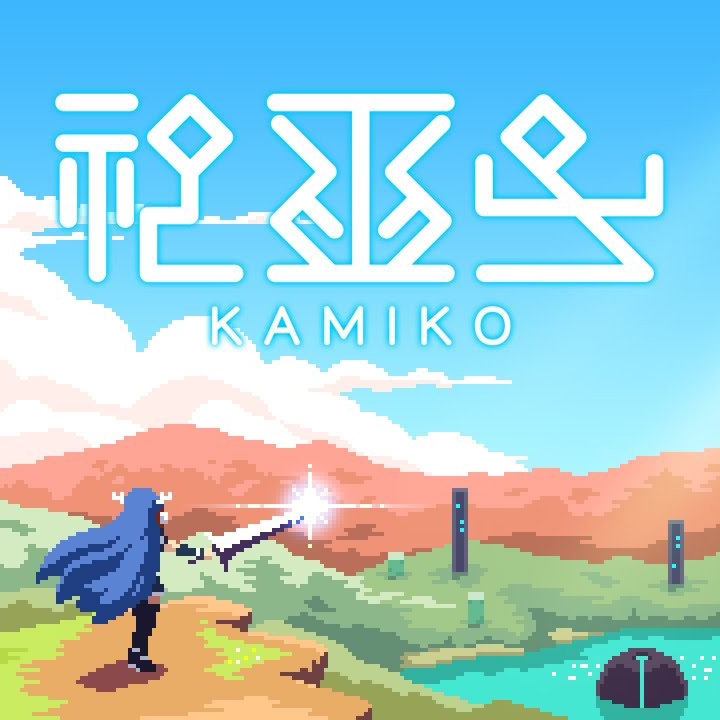