The Legend of Zelda: Breath of the Wild DLC Pack 1 detailed

Nintendo of America has just unveiled the first of two DLC packs coming to The Legend of Zelda: Breath of the Wild later this year. The DLC is entitled The Master Trials and it contains several amazing additions.

Trial of the Sword

Trial of the Sword will include a gauntlet of enemies that appear one after another. Link initially starts without armor or weapons but can pick them up as he progresses. The trial will contain roughly 45 different rooms, which could prove to be challenging even for the most veteran players.

Hard Mode is coming to Breath of the Wild and with it a change to the rank of enemies found in the game. Players may even encounter enemies that are more difficult compared to anything that has been seen in the game so far.

Hero’s Path Mode is also being added to the game, which will assist players in tracking their journeys across Hyrule. Link’s path will be documented throughout the adventure and will include up to 200 hours worth of data.

A new treasure chest can now be found throughout Hyrule that contains the Travel Medallion. This medallion will allow players to create a fast travel point anywhere on the map of Hyrule. Pretty handy!

New costumes are also available in the game, including a Korok Mask, Majora’s Mask, Midna’s Helmet, a Tingle outfit and Phantom armor.

The Korok Mask will alert link to nearby Koroks hidden in Hyrule. Definitely a handy addition to any adventurers inventory. 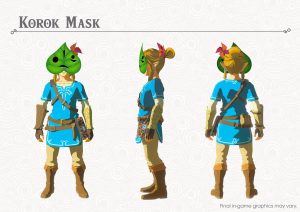 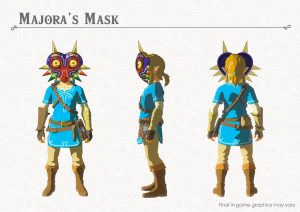 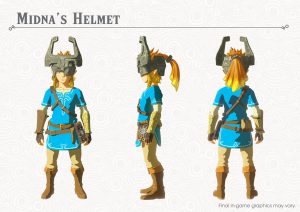 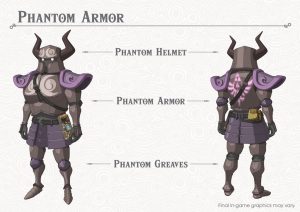 DLC Pack 1 will be made available this summer. Check out the full press release below for even more details.

REDMOND, Wash., May 1, 2017 – Hailed by both critics and audiences as one of the most ambitious video games Nintendo has ever produced, The Legend of Zelda: Breath of the Wild game has earned universal acclaim. The massive open-air adventure will soon receive even more engaging content with the Expansion Pass, composed of two planned DLC packs for both the Nintendo Switch and Wii U versions. The first pack, called The Legend of Zelda: Breath of the Wild – The Master Trials, launches this summer, while the second DLC pack launches in holiday 2017. The two packs are only available as a bundle for a price of $19.99. The first pack of downloadable content will add the Trial of the Sword and a challenging new Hard Mode to the game, as well as other fun and useful features.

“Whether you have already completed the adventure or are just getting ready to paraglide into Hyrule for the first time, this new downloadable Expansion Pass makes this massive game even bigger and more engrossing,” said Doug Bowser, Nintendo of America’s Senior Vice President of Sales and Marketing. “We are always looking for new ways to provide fun and exciting experiences for our fans.”

Here is a breakdown of everything The Legend of Zelda: Breath of the Wild – The Master Trials has to offer:

More information about the second DLC pack will be revealed in the future. All DLC is available for both the Nintendo Switch and Wii U versions of the game.