Despite my first game system being the Genesis, I was never much of a Sega kid growing up. Sonic was really the only franchise I cared about, so many of the company’s older fare, like Alex Kidd, was unknown to me for the longest time. So when I heard about Wonder Boy: The Dragon’s Trap — a remake of one of the Sega Master System’s finer games — my interest was piqued. Here was an opportunity to experience a bygone era, with fresher graphics and ideas to boot.

Having played the game through now, I can say that WB: TDT is one of the straightest remakes out there, faithfully recreating the original to an almost painstaking degree — whether for better or for worse.

The game’s premise is simple enough — you, as the eponymous Wonder Boy (or Wonder Girl), initially conquer “The Last Castle” and defeat a vile Mecha-Dragon… only to be cursed and turned into a Lizard-Man. Seeking to regain your old form, you travel across the land, defeating more monsters and baddies in an effort to become a human once more. It’s an uncomplicated narrative, but it’s directly from the original (in days where saving princesses provided 50% of plot motivations), so it’s perfectly fine.

If there is truly anything that stands out about this remake, it’s the game’s art style. Taking on a wonderful, cartoony, hand drawn vibe, it looks straight out of an animator’s handbook. Every enemy is lively and full of motion, and there’s nothing to be found that feels stale or lifeless. The environments are equally as impressive, all varied and gorgeously detailed. Add in a finely retuned soundtrack and the game’s art and sound are top notch, both being consistent joys throughout the adventure.

Perhaps the game’s most interesting feature, however, is the ability to instantly switch to retro graphics or sounds whenever you please. With a simple tap of the right trigger or right stick (respectively), you can be thrust back to the Master System era with the graphics and sounds of the original. It’s so seamless that I ended up doing it often as I played, comparing the new and old side by side in each area. While I rarely played a long time in retro mode, it’s an extremely neat idea, and one that’s sure to provide huge amounts of nostalgia for those who played the original.

Wonder Boy plays like a fairly traditional platformer, with some light Metroidvania elements. From your hub town you’ll explore the world, finding different areas to venture through — from a beach, to a pyramid, to even a daimyo’s castle.

The main draw of the game is that upon defeating a boss your form will change, giving you a new ability or two while prohibiting you from old ones. Your initial Lizard-Man form can spit fireballs, for example, but you’ll need to be a tiny Mouse-Man if you want to climb up certain walls and squeeze through certain spaces. The fact that you can’t have all abilities at once limits your ability to explore, but more importantly it affects how you fight and approach certain obstacles. It’s an interesting system, and one that requires you to think about everything you can do in your current form.

Besides that, the game features sub-weapons — fireballs, tornadoes, arrows, boomerangs and thunderbolts — that can help you clear areas. Unfortunately, I never found most of these useful — they’re limited in quantity, are depleted while you die, and are not particularly effective in most circumstances. (They do practically nothing against bosses.) I wound up using plain old swordsmanship much more often, and I wish that using them was more effective in general.

The game also sports some light RPG elements. You can equip a sword, shield and armor to your character, and the efficiency of each depends on what form you take. You can buy most of these from shops with coins, which are also used to recover your health at the nurse. It adds just enough variety to make things interesting, though not enough to shake things up majorly. Overall, however, the game is exceedingly simple — which can be refreshing, even if it doesn’t make much of a lasting impact.

Unfortunately, not every part of the game translates well to a modern framework. The level design is rather simple and usually linear — once you find an area to explore, you’ll pretty much go in one direction until the end. While searching around the hub world can be fun and rewarding, the area is limited and there’s not that much to find there. The design also denotes itself to having to go from one end of the world to another at certain points, which can be tedious.

More frustrating is the game’s difficulty. It’s not terribly hard, but dying will always, without fail, send you back to the hub world, which means having to trek back through entire levels to get back to where you were. You can mitigate this with potions that restore your hearts upon dying, but those are limited and drop at random — there’s a shop that sells them, but it’s rather expensive and out of the way. I had to go through the final dungeon at least four times just because dying on the final boss sent me back to the beginning of the game. It’s not hard — it’s cheap, and that caused me frustration at several points.

Finally, we have the game’s length. While $20 isn’t a steep asking price, I still got through the experience in about three hours — which, once you remove the several times I died, and the exploration I undertook — is not a great amount of time. While you can continue to explore in human form after you beat the final boss, your abilities are comparatively limited. Replay value also felt minimal, except for maybe playing through the game with primarily retro graphics. But it’s not a particularly substantial game all around, likely due to the fact that it very cleanly transfers its source material.

Wonder Boy: The Dragon’s Trap represents an interesting perspective on how to do remakes — one based on complete faithfulness to the original in terms of gameplay, level design and choices. Besides base quality-of-life features like saving, it very much captures an 8-bit era game in a modern package. That’s part of its appeal, but also what sets it back — as remakes like Metroid Zero Mission have proven, you can capture the spirit of the original while also adding in the features and innovation of contemporary games.

Overall, Wonder Boy: The Dragon’s Trap is a perfectly fine video game. It’s a joy to look at, and it’s certain to provide nostalgia for those Sega kids looking to relive their retro lives. But in terms of providing something groundbreaking or stunning, it’s a little lacking. If you really like retro platformers, then consider picking this one up. If not, then you may want to leave this adventure in the past. 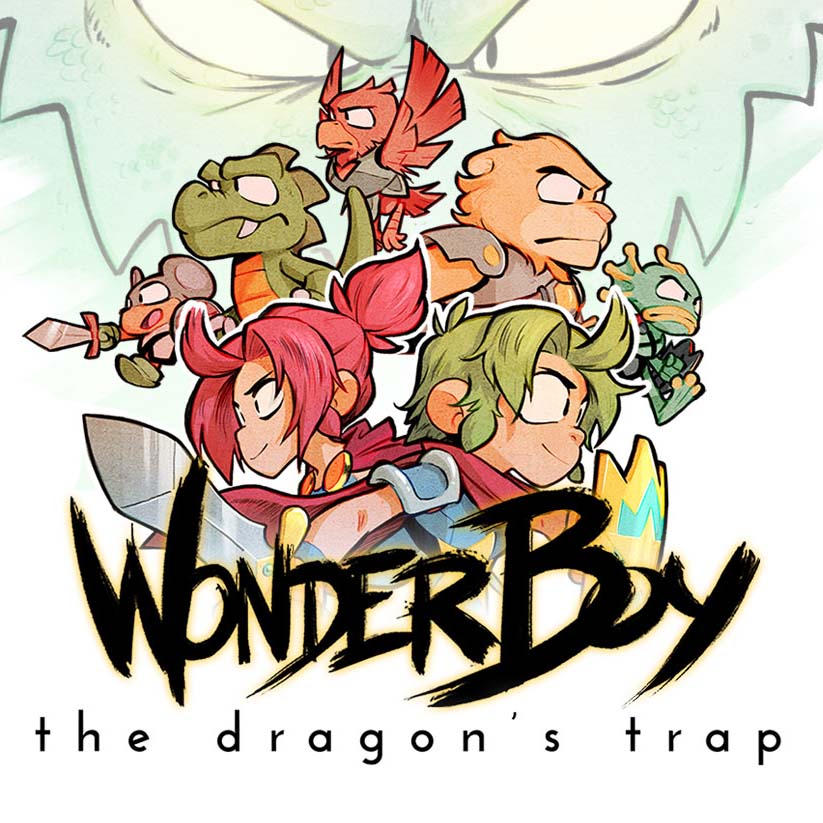