Crossovers and puzzle games have a lot in common. It all comes down to lining up the pieces just right to keep things balanced, careful planning to keep it going smoothly, and a sense of energy and celebration to really highlight the best of the base parts. I may not be the best at them, but I’ve played a lot of puzzle games. I’m a Panel de Pon kind of guy, and I firmly believe that Yoshi’s Cookie is some of the most fun you can have on the SNES, but there’s no mistaking that Tetris commands a lot of respect the world over. Add in the competitive sensibilities, vibrant and likable characters and addictive gameplay of Puyo Puyo; and you have a combination that deserves your attention.

With all that in mind and plenty of ways to play the two styles together and separately, Puyo Puyo Tetris may be the first great multiplayer experience you can find on the Switch. At the least, I can say it’s one of my new personal favorite games of all time.

From mode to mode

Saying that the game is just Puyo Puyo and Tetris on one cartridge would be a disservice. While in its most basic modes it could be called that, the game is stacked full of multiple different modes and permutations of the two core gameplay styles. Some of this might feel intimidating for anyone new to either (or both) series, but the game does an admirable job of easing you into them via some in-game, basic lessons and the progression of difficulty in its single player story mode.

Anyone out to become a puzzle master will have to do so with lots of practice and outside tutorials, as what’s clearly explained and demonstrated in the game is meant more as a means to get you started — and Puyo Puyo Tetris really is about practice, practice, practice. You’ll be introduced to some of the more advanced techniques, but just like anything based on skill you’ll have to put in plenty of effort. Thankfully, all that effort is incredibly fun and satisfying.

I focused most of my time on the single player story mode I mentioned earlier. Called Adventure Mode, it bookends puzzle battles with story cutscenes starring a great number Puyo Puyo’s cast of characters, as well as new faces meant to represent Tetris. What drew me into Puyo Puyo initially was seeing these characters in Nintendo Power back when Puyo Pop Fever was being released on the DS, and while their designs have changed a bit and new ones have joined in the fun, that same charm is definitely present. I smiled throughout the majority of the scenes and even laughed out loud at times, with both the writing and the performances deserving praise. It’s the kind of game I know I would have loved even as a kid but can appreciate that much more now as an adult. From start to finish I felt challenged and invested with my playthrough clocking in at several hours, though anyone who’d call themself an expert may be able to breeze through.

The majority of the story battles have you playing Puyo Puyo and Tetris in plenty of those many modes I mentioned before. These include the standard gameplay styles for both Puyo and Tetris, a Swap style where you have a game board each for Puyo Puyo and Tetris that switch at timed intervals, the item based Party where your matches can set off effects to help you or hinder your rivals, and even Fusion, where you play a combined style of Puyo Puyo and Tetris on one game board. This last one was the most conceptually difficult for me, as it has its own set of rules and behaviors unique from the others. While I still haven’t gotten a grasp of its intricacies, and it represents some of the most difficult stages in Adventure mode, I never experienced a challenge that I didn’t enjoy. Even the shorter form challenges, like the rapid fire Fever and Big Bang styles, were enjoyable in their own right — and they change up the gameplay just enough to keep things fresh through its dozens of stages.

It’s all about multiplayer

Each of these modes can be accessed outside of Adventure mode as well, in either Solo or Multiplayer Arcade modes. That first is great for practicing your chains, combos and everything in between. You can keep track of your records and stats to gauge your progress, and tweak settings to suit your own wants in a surprising number of ways.

Multiplayer is where the game really shines though, as it offers all of its styles of play for up to four players. This can be accomplished with multiple Switches or all on one, and allows for teams to be set up and the same amount of customizations as the Solo Arcade. If you’ve only given the eShop demo a go on your own and are still on the fence, I challenge you to gather up some friends and give it a try with four players. If playing all together in person just isn’t your thing, or you want to take on the world and really develop your skills, you can head online in either its ranked Puzzle League or Free Play. I played a few online matches myself and the connection was stable with no noticeable lag on my part, even when playing between Japan and America (though that was before the game officially launched).

Living the past, understanding the present

Some concerns might come up if you’re not too invested in competitive or score based games. There’s a certain flow to competitive Puyo Puyo Tetris, making it almost as much of a fighting game as it is a puzzle game. I love fighting games so that element of it made for an easy transition, though understanding it on that level will require some study. Likewise, if you don’t think you’ll enjoy a cutesy style and anime-esque story, then the Adventure mode may not be for you (though keep in mind that cutscenes can be skipped).

Without getting into Puyo Puyo history too much, this is a crossover of three separate eras of the series, with characters familiar with each other due to older crossovers. None of these games were localized, so the references to past adventures and sense of understanding of personalities might be a little baffling.

Possibly the biggest concern of the game overall is that the lack of knowledge of the series’ histories hinges on how much you enjoy Puyo Puyo and Tetris. If you’re coming in with just some Tetris history under your belt, you’ll be able to take on the gameplay just fine. You’ll hopefully fall in love with Puyo Puyo and the ways it enhances and changes up the existing gameplay as well. All of the game’s modes are “falling block puzzle action,” so if the demo version didn’t grab you, or you know those games aren’t for you, then this one won’t change those opinions. I still encourage giving it a try if you haven’t though, especially if you have the opportunity to play with friends.

I’ve been playing Puyo Puyo Tetris for almost a month now, and I don’t see myself stopping anytime soon. Whether I’m trying to improve my scores and skills on my own or I’m having a great time with friends, it’s one of the most engaging titles I’ve picked up in a long time. Thanks to the charm that comes with Puyo Puyo’s world and plenty of ways to play with its core pieces, this is a game that’s absolutely worth checking out.

The highest praise I can give it though is that it made me want to learn how to play it with some semblance of skill and style. Any game that makes me want to learn its ins and outs gets a full recommendation, and Puyo Puyo Tetris will have me practicing for plenty more hours to come. 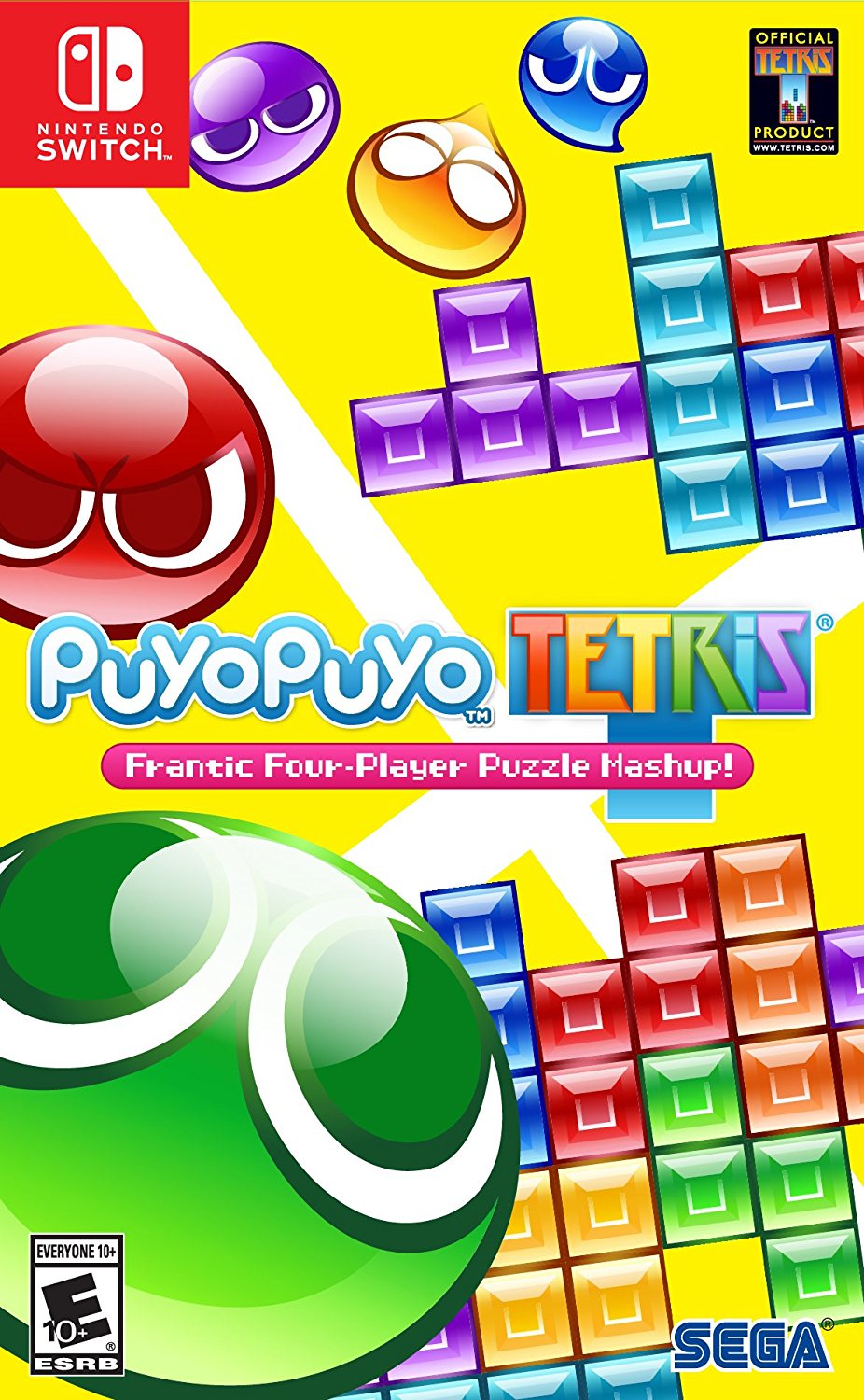