A new console usually means getting excited about a game that makes the most of the hardware — which in turn will help the game itself look fantastic and give players the opportunity to do things that couldn’t be done before. Sometimes though, it pays off to go back and make an already loved game more minimalistic, yet polished, and just outright fun — rather than create a groundbreaking achievement in console architecture.

For those who don’t know, Blaster Master was an NES game that married two distinct styles of gameplay. The first style is almost Metroidvania-lite with the player controlling a high powered tank-like vehicle. The second style kicks in once you leave the tank and shift the game into a top-down shooter. Blaster Master relied less on its plot and more on the gameplay itself, which is nothing new for games from that era — this new installment revisits that story while striving to keep the entertaining core of the game intact.

That might seem like a lofty goal, but Inti Creates’ Blaster Master Zero revives the NES classic and presents it with enough shine to really make it stand out in today’s world of gaming. Though it has a few problems, mostly with its longevity and difficulty, BMZ shouldn’t be passed by. Factor in that it runs great on and off the TV, and is available for less than $10, and you have my personal favorite game off the Switch’s early eShop offerings.

The game’s story and characters are minimal but have just enough flavor to present the concept and gameplay itself in a strong way. You control Jason Frudnick, an engineer and pilot who finds himself in a mutant-filled, underground world thanks to falling down a hole while chasing Fred, a frog-like creature he was studying. It feels like something out of a long gone time in gaming, as it’s essentially the plot of the original Blaster Master with some slight changes and improved presentation. Even without ties to the original game, the story’s still serviceable as a way to get things in motion.

Once Jason is down below, he manages to find both a supportive ally named Eve and a tank, named SOPHIA III — and it’s SOPHIA that brings half of the game’s style to life. You’ll primarily explore within the tank, blasting enemies and gathering upgrades, to allow for further exploration based on improved weaponry and greater mobility. You’re even able to jump within the tank, adding some platforming elements to the mix throughout these 2D sections. At times, environments can feel a bit sparse and repetitive though, with part of this due to needing to backtrack through areas. The controls are responsive and feel good though, which helps make the experience more pleasant.

Gearing up for greatness

What really sets Zero apart is the ability to hop out of SOPHIA and continue on foot as Jason. In the larger caverns meant for your tank you’re tiny and unable to use your weaponry to the fullest, but you can get through narrow sections and are able to swim. It’s when you come across doorways that you need to go through on foot that you’re greeted with BMZ’s second style. Playing as a top-down shooter, you guide Jason through inner areas that usually house the upgrades you need, both for yourself and for SOPHIA, along with other important items.

While you only have a basic blaster initially, you’ll find pickups that rank up your weapon as you explore new areas. What truly enhanced the gameplay was being granted the ability to fire through walls at a more rapid rate and using an array of different types of items I found along the way, like a flamethrower and a reflective shield. With a full arsenal, you’re potentially equipped for any situation or enemy type. You’ll find that sometimes it pays off to swap down to a perceivably “weaker” weapon — one that has a secondary effect, like chaining enemies to one another. By getting hit, you lose a “tier” of weaponry until you’re back down to just your blaster; luckily, pickups that rank up your gun are high in numbers, so it’s rare that you would ever be without a means of fighting.

There’s a problem with this battle system though. While the variety is great, once fully ranked up you really don’t “need” to use anything else. I chose to use all the items I could for the sake of trying out everything and discovered that the final weapon in the list is ridiculously overpowered. You can use it fairly early on in the game, depending on how you play. While you need to avoid getting hit to maintain access to it, the earlier sections are fairly forgiving so it wasn’t until the middle of the game that I lost it as an option for a bit. It’s unfortunate that there isn’t a greater sense of needing to value the available weapon variety, especially when even bosses are effectively shredded by this ultra-powered blaster. I was still able to have fun with the mechanic, but the lack of challenge using weapons feels like a missed opportunity for some greater depth and difficulty.

The game falters in a couple other areas as well. While there are tricky sections that require careful maneuvering and quick reactions, even removing that extra powerful weapon from the occasion doesn’t change the difficulty level of the game. Anyone after a greater challenge befitting its NES inspiration might be disappointed.

The other main issue is that BMZ ultimately ends up feeling short. Even though backtracking to access new areas within the enhanced options is offered, the game ends rather quickly for my taste.

I had a great time with BMZ, and the few complaints I have didn’t get in the way of enjoying the experience. Occasionally, you may find yourself craving more challenge, but this in no way deters from the fun you’ll have playing through the game.

Blaster Master Zero is an eShop gem that shouldn’t be missed, especially for fans of older games. It set out to make its name worth knowing even after fading somewhat into obscurity, and I’m happy to say it manages to pull it off. There’s great fun to be had with the dual gameplay styles, and while it isn’t the longest or most challenging of games, it’s one that deserves to be played again and again. 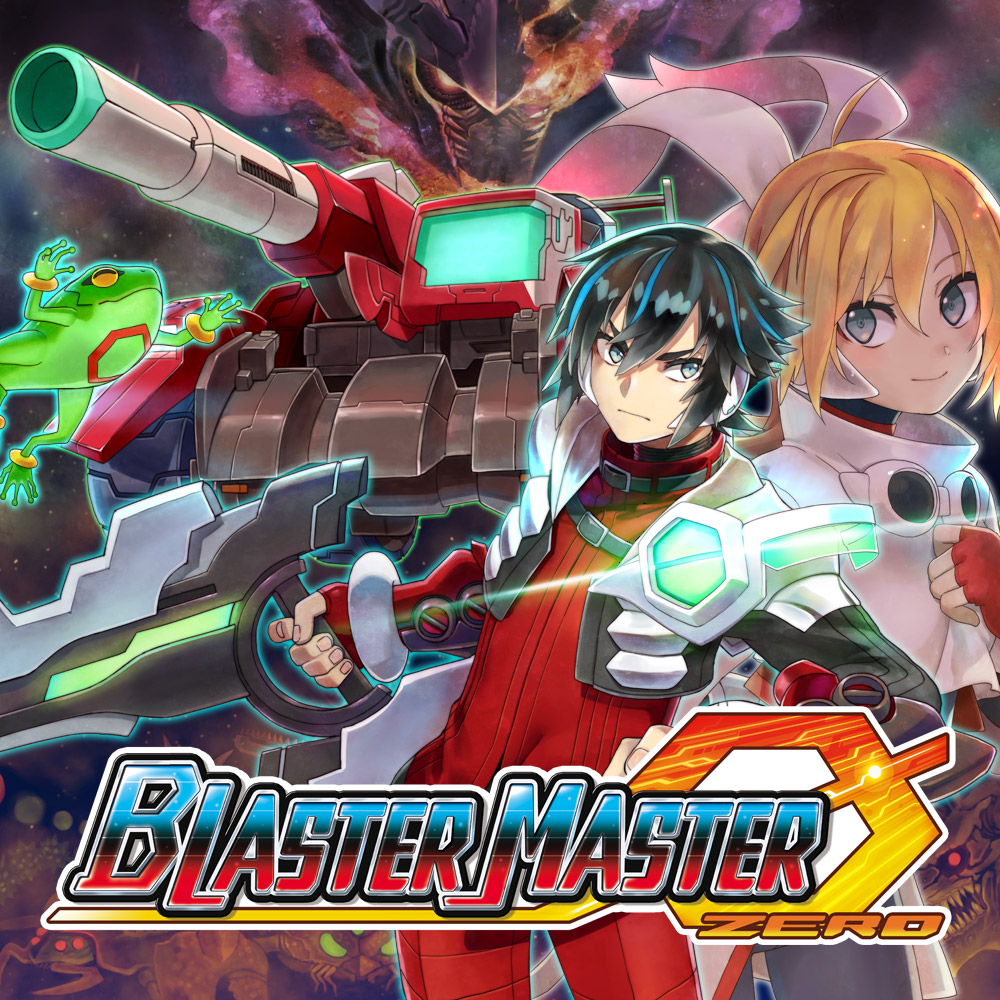