Several games define themselves on their movement, though usually this comes down to things like flight or water travel. Those at Sumo Digital are no strangers to this, having worked on plane mechanics and water physics for Sonic & All Stars Racing Transformed. For the company’s latest, it’s decided to find a way to make movement feel unique and rewarding, and the focus on this mechanic has paid off.

I’ve been playing through Snake Pass’ stages, trying to make my way to all their hidden and trickily placed collectibles, but most of my joy is coming from the otherwise simple act of finding ways to get around. There may be some gripes with elements of the overall design, and the movement physics can be frustrating on occasion, but there’s plenty to like about this reptilian respite.

Snake Pass is light on story and exposition, but has you guiding the mostly silent snake Noodle and fluttering hummingbird friend Doodle through lush jungle environments in an effort to reclaim misplaced keystones. You’re given occasional glimpses of plot, but this is one title where the gameplay shines above any sort of narrative. Simply put: As a snake you have no arms or legs. Not in the Raymanian “floating hands and feet” way, or an Earthworm Jim-esque Super Suit sort of situation. You’re a snake in the truest sense, and the movement methods this character provides can push you, as a gamer, to learn maneuverability tactics in very unique ways.

Using the control stick, you slither forward at a fairly slow rate. It’s when you start to think like a snake that you can make the most out of the (what seem like) limitations of moving without limbs. I was surprised once I found how quickly I could move Noodle by winding left to right like an actual snake would, and it wouldn’t be the last time I was impressed with what can be accomplished thanks to this unique movement. Your only other means of directing the character are to raise your head, and to “grip” (winding around an object and tightening the snake’s body). There’s no jump option, or way to reset your positioning quickly, which are features that most games offer. Instead, you can have Doodle give you a bit of a lift, but this is really only good for getting leverage to move yourself more onto a ledge or platform you’ve already reached. You’ll find you can slink over stairs, coil around poles, and in turn use these to manipulate various pieces of the environment, such as levers, to make your way around.

It’s difficult to articulate how entertaining all this can be, but there’s an inherent joy that comes with visualizing what you want to accomplish with this kind of control — and actually being able to pull it off. Wrapping around a pole, tightening your grip, winding through a gap and making your way up another, nearby structure starts off as an awkward step-by-step affair. In time, though, I was able to pull this off, along with even more complex maneuvers, but with a continued sense of satisfaction every time. That, to me, is this game’s greatest strength. It’s rare that a game makes me smile just by moving through it, but Snake Pass accomplishes that in a very natural way.

As much as I love it, this serpentine system doesn’t always work. It’s a new kind of thinking and movement, and as such there can be some frustrating roadblocks as you try to learn how to pull off some sort of herpetological acrobatics. It can be difficult to judge how your propulsion, grip and head-raising will all interact together when you can contort into so many kinds of body arrangements. The ground itself and simple poles scattered around maps become easy enough, but once you’re trying to wind yourself around and along complex structures it can feel daunting in an exasperating way. With a game that feels so fresh, it also has the unfortunate side effect of being somewhat discouraging.

The levels themselves serve as fun playgrounds to move through. Your goal is to make it to a gate at the end of each, collecting a host of items along the way. The necessary keystones are easy enough to spot, and with some patience can be reached handily. It’s the trickier golden coins that really test your ability to master the game, and the scattered blue wisps that challenge you to scour each level thoroughly. All of this is set to a fantastically fitting soundtrack by David Wise of Donkey Kong Country fame, making these jungle jaunts treats — not just for solving your way through puzzles, but listening all the while as well.

The biggest shortcoming in stages lies within the checkpoint system. While their placements are sensible enough, the way collectibles are accessed can be aggravating. If you happen to fall off the stage or touch some kind of dangerous obstacle, you’ll re-spawn quickly enough, but you’ll lose anything you’ve grabbed in the process. There’s nothing wrong with that on paper, but with a game that’s tricky to navigate through — not just because of the layouts, but the general means of getting around — it can feel much less forgiving than other games. Consider yourself warned (though keep in mind that it’s possible to set a new save by moving over checkpoints again and again).

For anyone trying to obtain every collectible in one go, make sure to be extra alert. Missing one wisp along the way can be infuriating, as it means having to backtrack and then pulling off some extra tricky movements all over again.

It’s rare, but it is possible to get yourself “stuck” at times. When you do, the only way out is by quitting or restarting the whole level. With respect to both of these, I would have appreciated a way to start back at a previous checkpoint rather than backtracking manually or resetting in full. These particular issues feel more specific though, and I can see differently minded players not having the same experiences.

What’s unavoidable is the short length of the game overall. Levels feel dense and you can lose yourself in going for completion, but that doesn’t change the fact that I wish there was more to see and do with this specialized sense of movement.

“Seeing” can be a little iffy at times as well, as the camera doesn’t always show what you’d like it to. This might be a side effect of controlling such a long bodied character that’s constantly winding around things, often moving vertically. All of these added together can make for some “iffy” views and occasional confusion — all of which lead to mistimed movements or falls that aren’t always easy to recover from.

Slither on, my friends

Snake Pass may not be the longest and the levels themselves aren’t exactly memorable, but the experience itself is worth the price of admission if you can wrap your head around the game’s mechanics. I think everyone should play Snake Pass at least once, just to see something old become anew again. Moving through the game and challenging myself to see all it had to offer was an undeniably good time. The way it makes you think around its obstacles and levels adds depth to the experience. But it isn’t just the puzzle solving that makes the game an enjoyable adventure; it’s that slithering around as a snake is fun and different compared to what’s been offered in the past. Add in charming visuals and a pleasant soundtrack, and you’ve got a game more than worthy of your attention if you can slither past its few flaws. 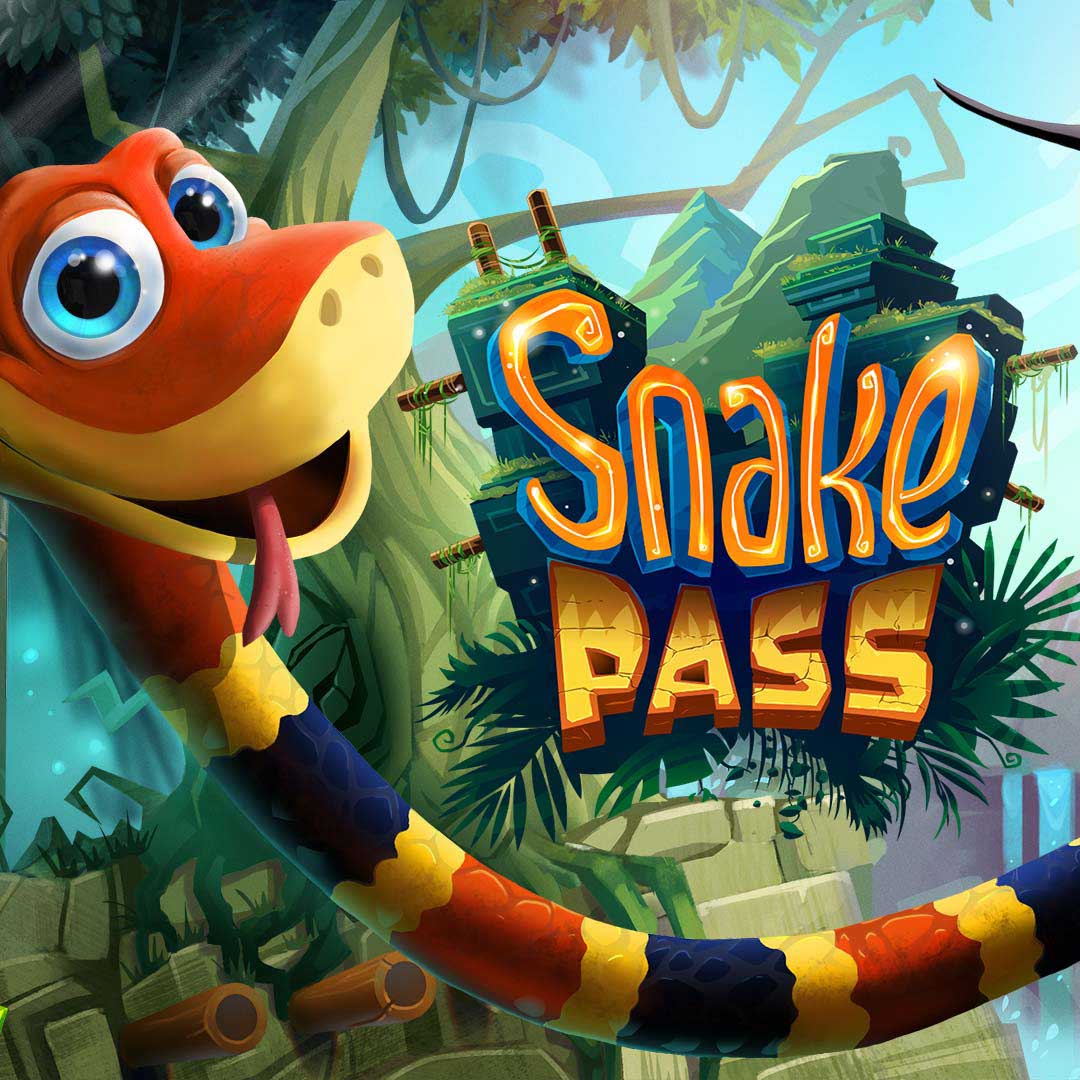