Warner Bros. clears up discrepancies over Lego City Undercover for the Switch

Popular action-adventure game Lego City Undercover, previously available on the Wii U and 3DS, is heading to the Nintendo Switch next week. Some interesting tidbits of news regarding the amount of storage needed for the game’s install on the system have popped up recently, with several reports now getting discarded due to misinformation.

From what it looks like, there’s been some discrepancy over the file size of the physical and digital versions of LCU. Originally, the file size of the Wii U version was 19GB, which is why it seemed kind of odd that the digital Switch version would only take up 7GB. Adding more confusion, the Switch box itself stated that the file size would require up to 13GB of storage, leading players to wonder whether or not they’d have to clear space to play the newly released Lego game even if they purchased physical copies. 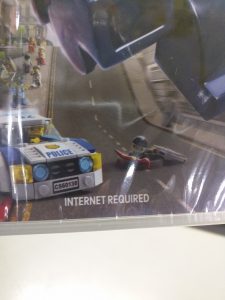 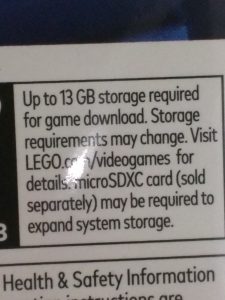 Now, in the most recent report, Warner Bros., the publisher behind LCU, has directly issued a statement to Eurogamer to help clear up the confusion:

“Players who purchase Lego City Undercover on Nintendo Switch at retail do not need to download the game to play.”

In other words, it looks like there could be a misprint on the LCU box and additional space for the game shouldn’t be required. That would most definitely explain where these contradicting file sizes stemmed from.

I think it’s safe to say that people who plan to play Lego City Undercover shouldn’t worry too much about having to clear a bunch of games off their new Switch units to make room for the new purchase. I’d hold off making any further assumptions about file sizes until then and simply wait until Warner Bros. sends out official statements in reference to storage.

Lego City Undercover will be released next week on April 4th. You can pre-order it on Amazon today!