A springtime walk through the Sapporo Pokémon Center

I’m no stranger to the Sapporo Pokémon Center. It ranks among my most visited places since moving to Japan, and has been a source of fun and joy nearly every time. Part of that is due to a rotating lineup of seasonal and themed merchandise that makes new visits exciting. What’s next, what’s sold out quickest, and what’s going to hurt my wallet the most? These are the kinds of questions I roll through as I take the escalator up to be greeted by the Pikachu, Popplio and Alolan Vulpix statues marking the entrance– and I wouldn’t have it any other way.

This weekend it was the ringing in of springtime with the Pikachu’s Easter line making its debut that stole the show. With pastels and floral patterns all over the new goods, it was the kind of cuteness that just begs to be taken in up close. I was there on a mission to pick up one of the headlining plushes for our own Happily Candied, and the store did not disappoint. It seemed the most popular of all the items, with only around 20 remaining on shelves by the time I got there and no signs of restocking by the constantly working staff.

It wasn’t the only Easter treat worth looking at though. Several other items were bearing Pikachu’s holiday styled look. Bags, pillows, stickers and more were all on hand. One of the most tempting though were plastic eggs with one of several potential, random prizes within. It took a lot of willpower not to test my luck on one of these, though their simple presence had me smiling regardless.

Around the other side of the main display were a few more standout items, like a mug with matching cover for Easter Pikachu. I’d seen plenty of mugs come and go from the Pokémon Center, but this one seemed in a class all its own due to the added piece. Lastly, there were treat bags with assorted sweets that looked too perfect to unwrap. I’ve tasted and admired plenty of what the store has had on offer in the past, and while they weren’t the traditional baskets I’m used to finding during the holiday, I could see them going over extremely well, especially since they were almost as depleted as the plush. 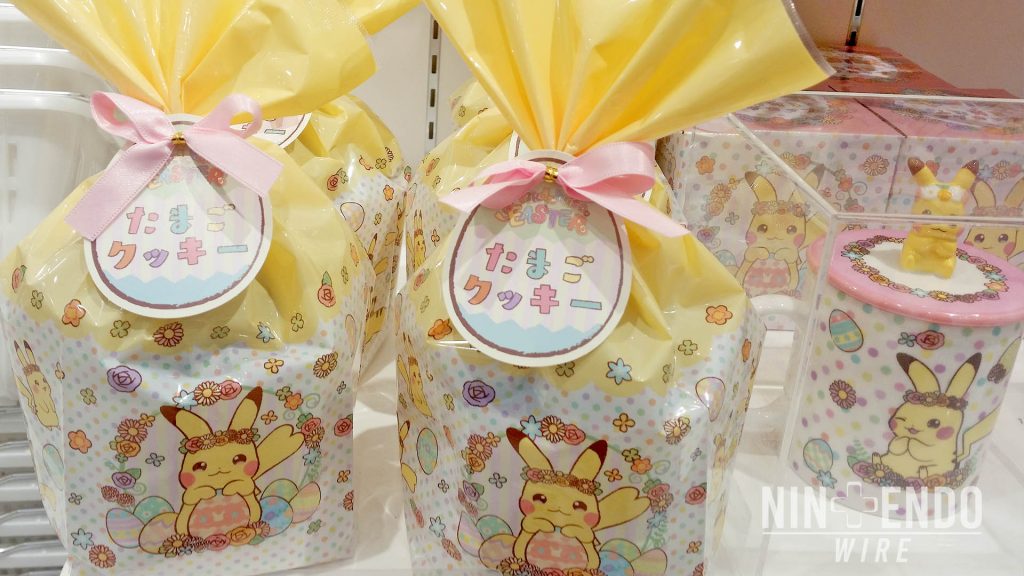 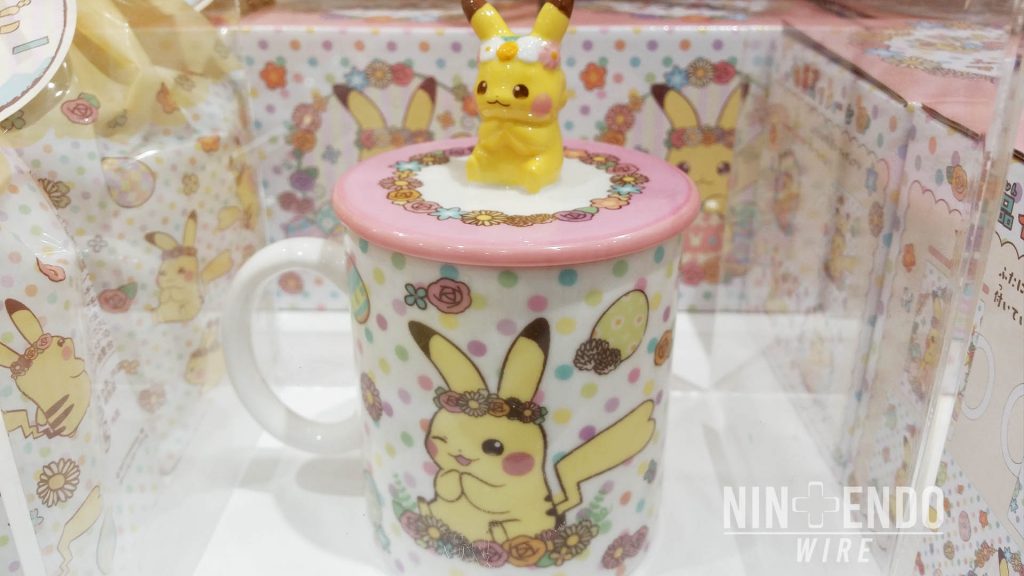 These weren’t the only new things around. There were new standard plushes making their debut as well. Leading the pack were two version of Tapu Koko: standard and shiny color variants. Along for the ride were Stufful, Alolan Persian and Alolan Dugtrio. All of them were looking good, though it looked like the Tapu Koko were the most popular that day. Part of that could be due to a distribution event going on where guests could show employees their 3DS systems and copies of Sun or Moon to receive downloads of the shiny Tapu Koko. There was also a small selection of new items based off of it just a few steps away from the Easter section. With how rare Shiny Legendary Pokémon are, this is definitely one of the better promos I’ve seen them run. Fingers crossed the Mystery Gift releases in America and that the rest of the Tapu get the same treatment down the line!

Pokémon TCG players had some new releases to enjoy as well. The newest expansion for the series had released, featuring more Gen VII Pokémon to collect. The real highlight though were new card sleeves. Styles featuring Mimikyu, Alolan Vulpix and Ninetales, Ditto, a trainer riding Tauros, and both styles of Lycanroc were on hand to suit players of any temperament. With how popular the little Ghost/Fairy has been I think the sketch-like Mimikyu ones will be the first to go and stood out for their fitting style and adorable star. 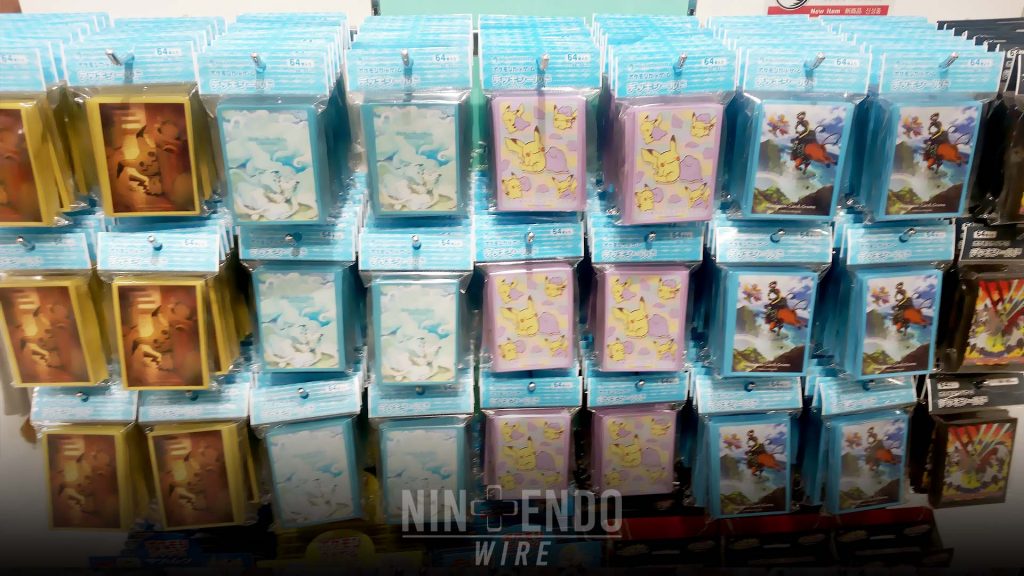 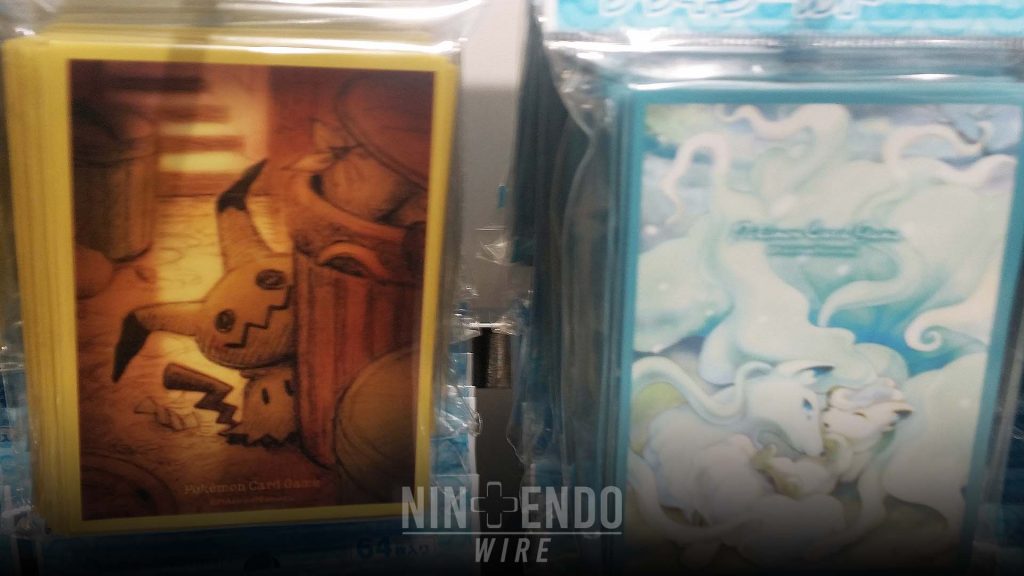 One of the toughest parts of going to the Pokémon Center is seeing certain Pokémon get attention over others. It makes sense that Pikachu, starters, and certain very popular ones get the most representation, but sometimes you just want something a little more niche. Mareanie needs love too, you know? Thankfully, the Pokémon Center decided to release a series of charms for every single Gen VII Pokémon all at once. While some were already sold out, like the eternally elusive Mimikyu, and Tapu Lele was curiously noted as releasing a bit later, most seemed to be readily available. They’re sold as sets based on evolutionary relation, so if you want Alolan Raichu you’re also buying Pichu, Pikachu, and the standard Raichu along with it. The most extreme version of this was Minior, who came in a pack of all its colors (save its Shiny variant) and its shelled appearance. I wouldn’t be surprised if back on their release date some people bought all of them at once, because the thought even crossed my mind once or twice.

I hope you enjoyed reading about this trip even half as much as I enjoyed going. It’s always a good time at the Pokémon Center, but these holiday and seasonal events bring out a lot of people and a lot of smiles, making trips there event more entertaining. Now that the seasons are changing over, we all hope you have a happy springtime– and you can expect to look forward to more Pokémon fun in the future!