I’m a bit of a controller fan. I always have been, mostly due to Nintendo’s presence in my childhood. The company’s great controllers have been a strong anchor for nostalgia in my life, leading to my lifelong dream of owning every official variant of the GameCube controller. Despite this, I was hesitant to get too excited after hearing the announcement about the Switch Pro Controller. The Wii U had also received an identically branded “Pro Controller” after all, which never felt like anything more than a generic controller to me. After spending a week and a half using only the Joy-Cons, I decided to take the plunge and drop $70 on the Switch’s attempt at a traditional controller.

A week in, and I’m nowhere near being disappointed. Not in the slightest. And here’s why:

Some people may argue that the appearance of a controller shouldn’t hold a lot of merit in a review, but as I stated above, a big reason I’ve grown to love Nintendo controllers is nostalgia. After taking one look at the plastic that makes up the main body of the Switch Pro Controller I was instantly reminded of the transparent controllers of the N64 era– you could slap the classic Jungle Green plastic on this baby and it would look right at home. It’s something I’ve sorely missed: the darker plastic patterns tracing out the framework of the inner workings of the controller. Somehow, Nintendo managed to bring it back in a way that looks eye-catching and classy, even in 2017.

Other than that, the two grips on the controller are made of a good-feeling, dimpled plastic, giving it a nice texture, and a soft, almost leather-like look that honestly deceived my eyes until I actually held the thing in my hands. At the end of the day, the Switch Pro Controller looks incredibly comfortable and inviting, which is something that I could never say about the Wii U Pro Controller.

A good wireless controller needs heft; it shouldn’t rest in your hands, it should sit firmly. The Switch Pro Controller has substance, but it isn’t overly heavy for long play sessions. Just this week I played The Legend of Zelda: Breath of the Wild for about nine hours straight, never once feeling like my hands had to take a break from using the Pro Controller. This speaks volumes to the quality of the plastic as well because, let’s face it, gamer’s hands get sweaty. The dimpled plastic of the grips kept my hands at a normal temperature, and I never felt like any part of the controller was getting uncomfortably slippery.

The sticks on the controller are smooth with a wide range of travel, which allows for more motion and tighter control than the Joy-Cons do. This was actually difficult to get used to after using the Joy-Cons for awhile, but after spending an hour or so with the Pro Controller my brain and muscle memory corrected themselves and all was right with the world.

The ABXY buttons are nice and big, but not unwieldy, though they are just a hair on the “mushy” side– at least on my controller. They could stand to be a bit “clickier,” but that detail’s not something that’s hindered my experience to an alarming degree. All other buttons, especially the triggers and shoulder buttons, feel solid and responsive, and I don’t have any issues with how they feel during use.

All of these reasons bring me to my number one reason to love this controller: you don’t notice it when you’re using it. It’s so comfortable that you completely forget you’re holding a controller and become completely immersed in playing your game. It never feels out of place in your hands, and picking it up feels like shaking hands with an old friend.

The ins and outs

Much like the Switch itself, the Switch Pro Controller is powered by USB-C, and unlike the New 3DS, it comes bundled with its own charging cord. This becomes extremely handy when pairing the controller with the console, since all you need to do is plug the controller into the dock with the Switch inserted. After much “switching” back and forth from TV Mode to Handheld Mode, it just works.

The battery life on the Pro Controller is great as well; I charged it using the Switch Dock overnight after I opened it, and have since played roughly 25 hours with the Pro Controller this week– my wife has used it a fair bit as well– and we haven’t needed to charge it yet. Battery life will, of course, degrade over time as most electronics with rechargeable batteries do, but strong battery life out of the gate is always a plus. I haven’t experienced any issues with input lag or desynchronization while using the controller this week either; the inputs are always responsive.

The Pro Controller also houses a NFC reader in the center of the controller under the Nintendo Switch logo. This allows for easy amiibo functionality, and is arguably the best placed NFC reader Nintendo has included on any piece of hardware. The placement is aesthetically pleasing; it isn’t off to the side or off-center like it is on the Wii U GamePad or the right Joy-Con, and I don’t have to worry about marring any screens each time I tap an amiibo, like with the New 3DS.

I do have to note that while the Pro Controller includes HD Rumble, just like the Joy-Cons, I didn’t have a chance to try it out, as there aren’t currently many games out that are both compatible with the Pro Controller and utilize HD Rumble. As such, I’m unable to consider this factor as part of my review.

The Switch Pro Controller is far and away unmatched in the world of modern controllers– and with the addition of analogue triggers, it would be unbeatable. I’ve truly enjoyed my time with Nintendo’s newest controller, largely because it allowed me to enjoy playing with it. It looks, feels and works great, and I can’t help but think this is a result of a very careful design process from Nintendo. The company wants people to enjoy its games, and it’s hard to enjoy a game if you’re playing with a bad controller. 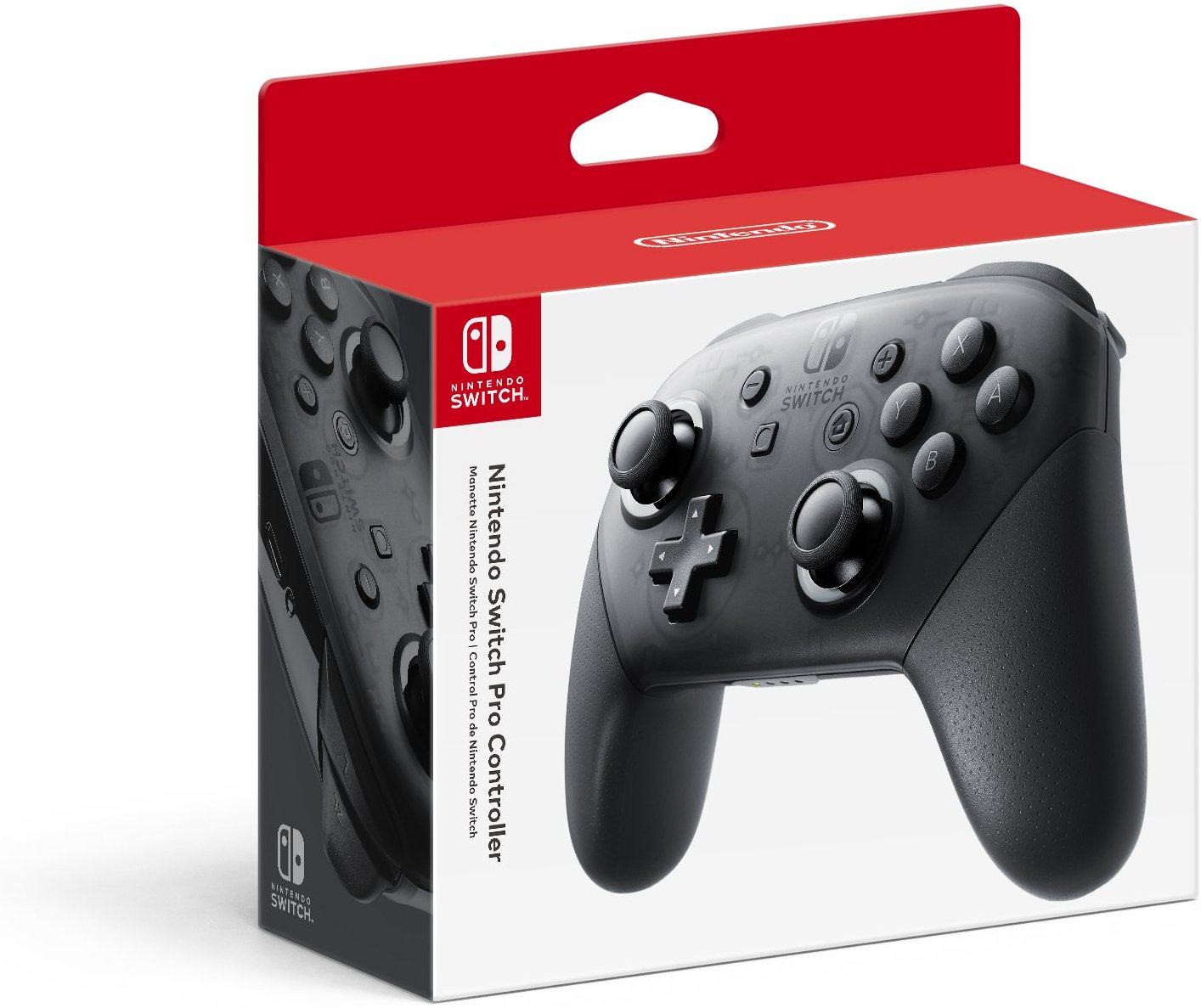