A couple days ago we reported on new Fire Emblem Echoes: Shadows of Valentia details from Famitsu, including new mechanics and characters. Now the piece has been translated in detail, courtesy of Serenes Forest, and we’ve got even more new info to divulge.

First off, the previously revealed Mila’s Gear mechanic — allowing players to rewind certain actions — has more specifics. A little counter next to a gear appears near the bottom-right corner, and you’ll be able to rewind as many times as it’s shown. The counter never appears to go above three, so that may be the limit on rewinds per battle, at least towards the beginning. There’s also no word on how you recharge it, or how long it takes to do so. Mila’s Gear is also used to scan amiibo, whose functionality was detailed just the other day.

Most new information concerns SoV’s plot, which seems to have been significantly updated from Gaiden. The story begins with the country of Zofia overthrown in a coup d’etat by the traitorous Desaix, who was spurred on by new character Berkut — nephew to the Emperor of Rigel, the big imperial force to the north. The ousted members of Zofian nobility form a resistance group called the Deliverance and begin recruiting — leading one soldier to Ram Village, where he meets our intrepid hero Alm. Encouraged by his friends who also join the cause, Alm goes forward to liberate Zofia from occupation.

Meanwhile, our other protagonist, Celica, begins her journey on the island of Novis. She’s noticed the land being plagued by ill harvests in recent years, and also the appearance of monsters known as Terrors. After having a foreboding dream about Alm, she finally sets out with companions to set things right. Overall, these concepts alone show a healthy boost in premise from Gaiden, whose story was condensed into roughly 20 or so text boxes.

Finally, Famitsu offered details on classes: While they’re essentially the same as in Gaiden, they’ll still be new to many players. Characters change classes at certain levels — just like in most FEs — but do so at Mila Statues, rather than with an item. The classes are as follows (pulled directly from SF):

Regardless, there’s a lot of information to digest, and we can only imagine more will come in the coming months. Fire Emblem Echoes: Shadows of Valentia releases May 19th. You can pre-order it on Amazon today! Stay wired for more information in the future.

For reference, here are the four Famitsu pages where this information came from: 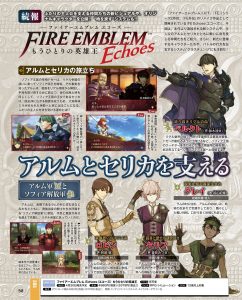 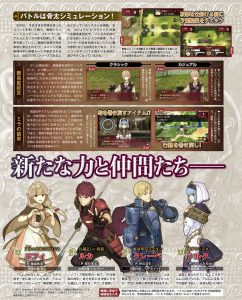 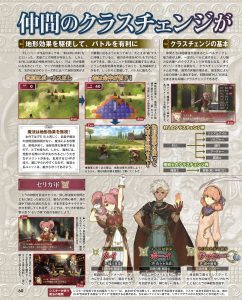 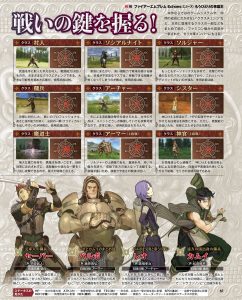