It’s no use pretending you don’t love this brand new Silver the Hedgehog statue from First 4 Figures. The new pose of everyone’s favorite time traveling hedgehog features Silver using his psychokinetic powers to bend metal bars to create a way forward, as seen countless times in the legendary Sonic ‘06.

At 17.5 inches tall, the statue features Sonic the Hedgehog – Silver the Hedgehog standing ready to unleash his psychic abilities to clear the path ahead.

In the Exclusive edition, Sonic the Hedgehog – Silver the Hedgehog LED’s are included in the hands, bracelets, boots AND the base truly bringing the entire piece to life. 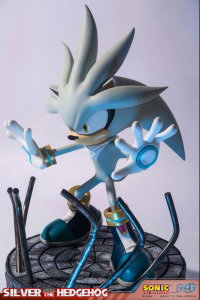 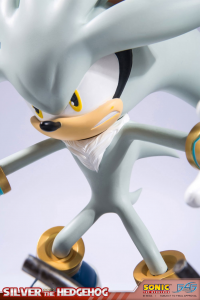 It’s worth noting that the online shop says the statue will be released in Q3, so it’s just safe to say we’ll see it sometime later this year. The standard edition will sell for $249.99, while the exclusive edition will come in at $284.99.

If you’re unhappy that Silver was chosen for the new statue, check out our feature on why Silver isn’t actually that bad.