Among the snippets of footage in Ultra Street Fighter II’s reveal was a strange, seemingly out of place 3D first person mode. After some speculation as to what the heck it was, the back of the Japanese boxart has the answer – it’s a new extra mode in the game, which roughly translates to “Unleash! Ha ‘Do’ Ken” (normally Ryu and Ken’s iconic move is spelled with the kanji 波動拳, but the 動 is replaced by the english letters “do”.) 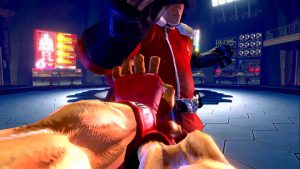 Still frames from the debut trailer 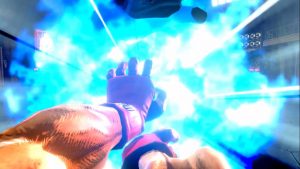 Little else is known about the mode, though it appears to be more of a on-rail sort of section wherein the player fights Shadaloo soldiers. Will it be just a simple minigame? Or a more fleshed out mode? And, more importantly, will Capcom give it a less ridiculous sounding title in the Americas and Europe? Only time will tell. We’ll be sure to deliver all the pertinent info as soon as it becomes available.