A set of press images made available by Nintendo of Poland has revealed the details of amiibo support in Mario Kart 8 Deluxe.

The image shows a variety of costumes for Mii racers, resembling the amiibo support in the original Mario Kart 8.

Among those displayed, Inkling costumes appear to be the only ones that were not available in the Wii U version of the game. 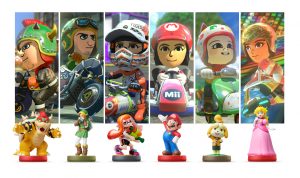 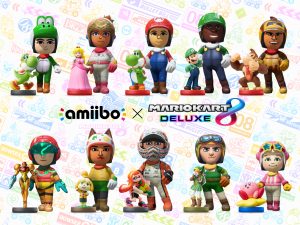 Mario Kart 8 Deluxe is set to release for Nintendo Switch on April 27th.

Stay connected to Nintendo Wire for more news as it becomes available!