Hey everybody, welcome back to Collectors Corner! Every other week I’ll be bringing you a special article on the Nintendo consoles, merchandise, and collectibles that I love. Ever since I was a kid, Nintendo has held a special place in my heart, and has inspired me to collect and do research on the seemingly infinite amount of collectibles out there and I’m excited to share that passion with you all.

As we all cool down from the massive release of Pokémon Sun & Moon and the hectic week that includes Thanksgiving and Black Friday, today’s Collectors Corner is going to be focused on something that I know a great deal about, and something that I’ve covered here on Nintendo Wire a fair bit. In fact, today’s topic has even been featured once previously on Collectors Corner. I’m talking, of course, about the greatest controller to ever grace the hands of gamers, the GameCube controller. Welcome to Collectors Corner’s very first “Part 2.” I’m excited to revisit this topic since there are some really great controllers out there that I’ve been dying to share with you. 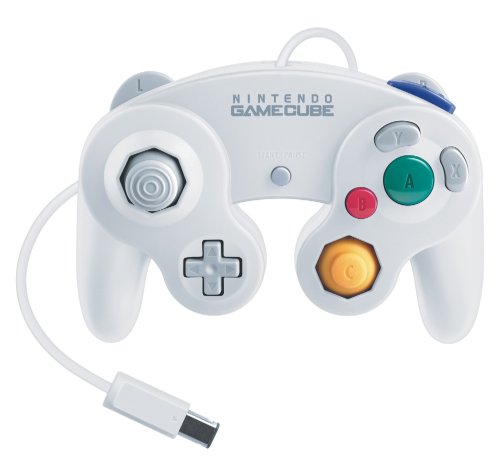 Ahh, the WaveBird. Nintendo’s first commercially available wireless controller was a huge hit all over the globe. This made it so much more of a shame that the only two special edition WaveBird’s to be released were both exclusive to Club Nintendo in Japan. One of these controllers was the Club Nintendo Special Edition, which featured a white on top and light blue on bottom color scheme with the Club Nintendo logo front and center. This gorgeous controller was available with Japan’s Club Nintendo starting August 24th, 2004 for 500 points. The unfortunate thing for any collector who is into matching color schemes is that the receiver for the controller is still the standard gray, matching the original WaveBird instead of the white and blue of this controller. The Club Nintendo WaveBird is among the priciest GameCube controllers out there, with most listings coming in at over $170. 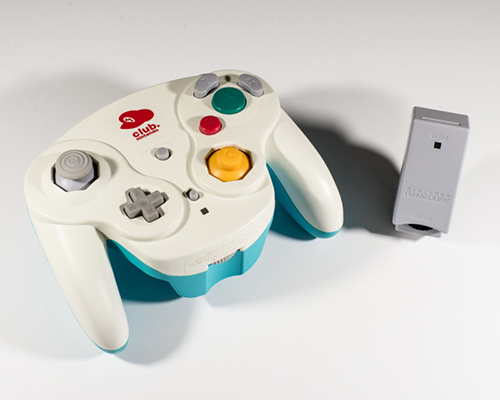 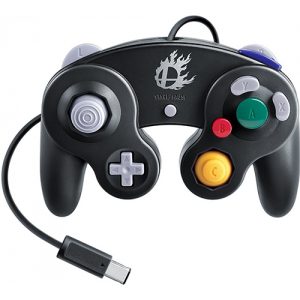 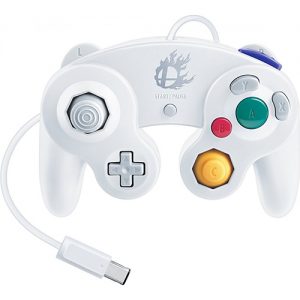 Perhaps one of the most unconventional controllers ever officially released by Nintendo, the DK Bongos were certainly one of the craziest things we saw come out of the GameCube era. Released in bundles with Donkey Konga, Donkey Konga 2, the Japan-exclusive Donkey Konga 3, and Donkey Kong Jungle Beat, this controller featured only one standard button, the start button. The only other two inputs were the rubbery drum pads atop each bongo drum. The controller could also be interacted with by clapping near it or clapping the sides of it. Each drum pad actually has two button located in it, for a total of four buttons. These four buttons can be used as ABXY buttons in any normal game, but there is no input for movement; triggering the microphone will be equal to pressing the R button. The DK Bongos are basically a dime a dozen these days, the average listing on eBay is about $13. 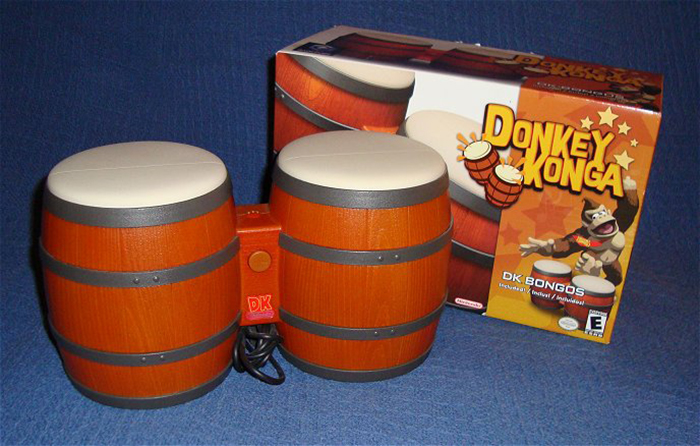 This fascinating monstrosity of a controller is one of my absolute favorite GameCube controllers I have ever come across. Released exclusively in Japan in 2002, this controller was released alongside the only game the keyboard could be used for, Phantasy Star Online Episode I & II. The controller had two cords, so it had to use two ports on the GameCube. One cord was for the controller portion; the other cords was for the keyboard portion. All in all, this controller is a pretty incredible little novelty, and must have been a success in Japan, since it received a second edition, the Sammy Keyboard Controller, for the release of Phantasy Star Online Episode III in 2003. The ASCII controller is off-white on top and has the signature GameCube indigo color for the bottom shell. The Sammy controller has the same off-white top shell with a black underside. This keyboard controller can often be found on eBay for anywhere from $70 to $160. 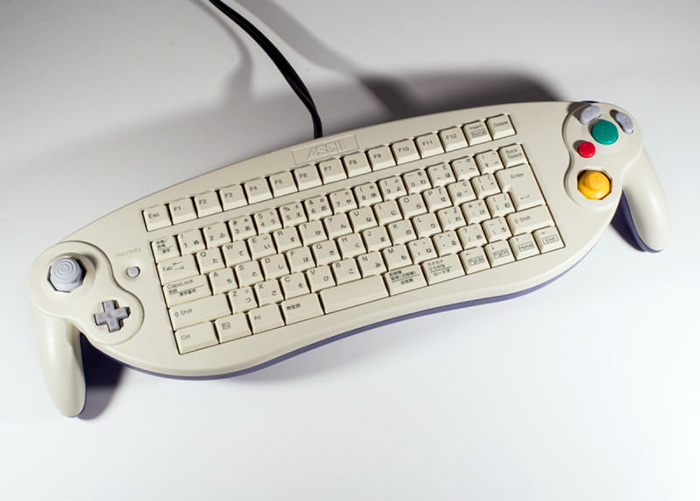 That’s another Collectors Corner in the books, folks! GameCube controllers really are incredibly fascinating to me. I love collecting them and writing about them, so I’m happy to give you another small look into one of my passions that inspired Collectors Corner in the first place. Do you have a favorite controller from a Nintendo console? Go ahead and share it with me in the comments, on Twitter, or on our Facebook page!