Looking back at Wii Sports

What was essentially a tech demo, the game’s purpose was to utilize and showcase the new motion control technology that was the staple of the Wii. The game had 5 sports to play: Tennis, Baseball, Boxing, Golf, and Bowling. It was something that you could play with friends to compete against each other, plus it was easy to pick up and a blast to play. I honestly like all of these games (except golf), so let’s blow some dust off of this modern classic and take a trip down ‘memberberry lane. 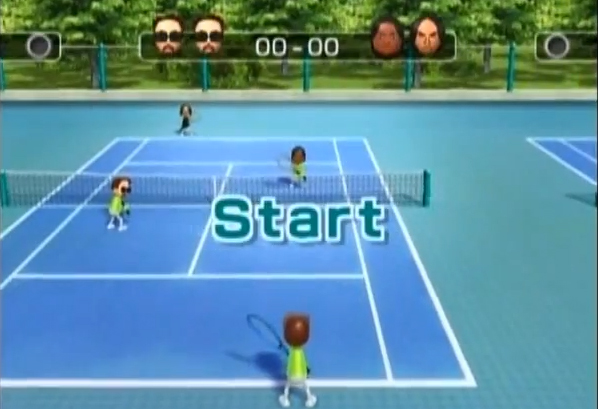 Tennis could be played with up to four players, with both single and doubles face-offs. Your Mii would automatically move toward the direction of the ball so you never had to worry about moving, all you had to do was smack that ball. From what I can remember, my experience with this game started out with standing and jumping around in front of the TV frantically shaking the Wiimote in hopes of starting a rally. However, after many hours of practice, I transitioned into reclining back on the couch and lazily flicking my wrist while eating some chips and dip. Basically, I practiced enough to defeat the purpose of the game rather than get good at it (although I was pretty good at it).

Baseball is my favorite sport (Go Cubs), and I had a lot of fun with its Wii Sports rendition. In it there were only two positions that the player would play: Batter or Pitcher. Both of these were fun in their own ways, by either smashing the ball out of the park as the batter or inducing a massive amount of rage in your friends as the pitcher. The latter had the most involved job since they had to thrust and twist the Wiimote certain ways to get the pitches that they wanted; the batter on the other hand could really just swing with one hand and they’d be fine. I also liked that the other Miis on your console made up both teams, it was a nice personal touch.

Boxing is definitely my favorite of the five, being the most involved and the only game that required use of the Nunchuck. I would argue that this game had the most complicated motion controls out of them all, but they actually worked well. They weren’t perfect but it never felt like the controls let me down that often. You had to aim your fists and use different techniques, plus go on the defense by dodging and blocking your opponent’s attacks. Boxing was the game you wanted to play if you wanted a work out. 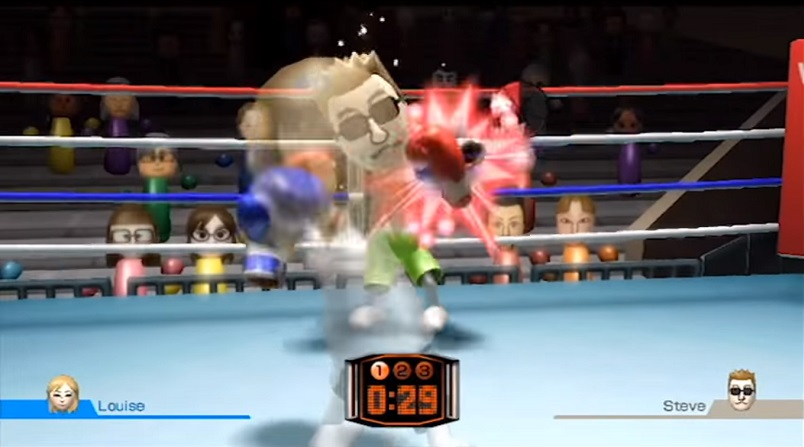 Golf. Hmm. Well, its golf. Honestly it’s just what you would expect: you stand there, you whack a ball, you go after it and you repeat. Not my favorite sport, but I’m sure there are people out there who enjoyed it. However, this one just wasn’t my thing.

Bowling definitely takes my spot for second favorite. I love bowling in real life; it’s a great game to play with friends, taunting each other cheering each other on. Wii Bowling wasn’t anything like the real thing but it was a good enough simulation and you could still have some social fun. This game was also the reason for an increase in sales in flat screen TVs, since some people were a little too overconfident in their ability to grip the Wiimote, leading to an even bigger emphasis on the wrist-strap and rubber Wii Remote sheath in future Nintendo titles. 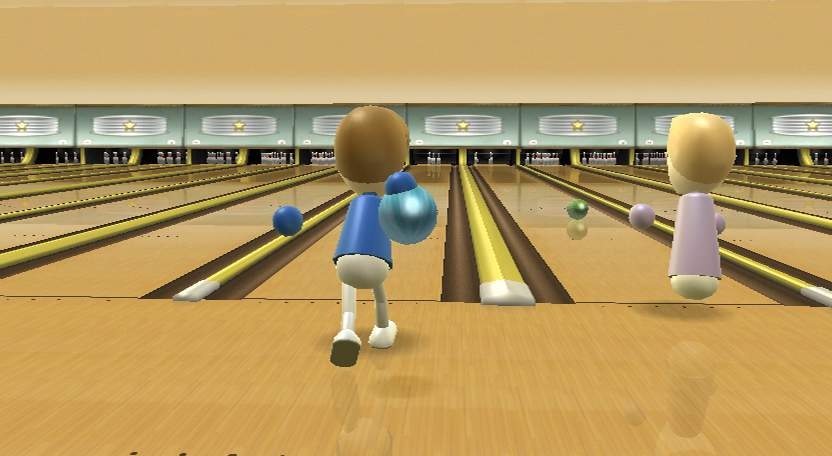 Wii Sports sold 82.79 million copies worldwide and was one of the best-selling games ever, although that’s mostly because the game came bundled with the console. Still, even if this game was not bundled with the console it still likely would have sold incredibly well as it was the perfect introduction to the Wii’s motion controls, and a fun game to boot.