It seems the people over at Game Freak and the Pokémon Company have a pretty good sense of humor. In one of the more recent captures of this week’s Sun and Moon release, a fan shared an all-too-funny reference to a joke that’s become quite infamous over the past few years. 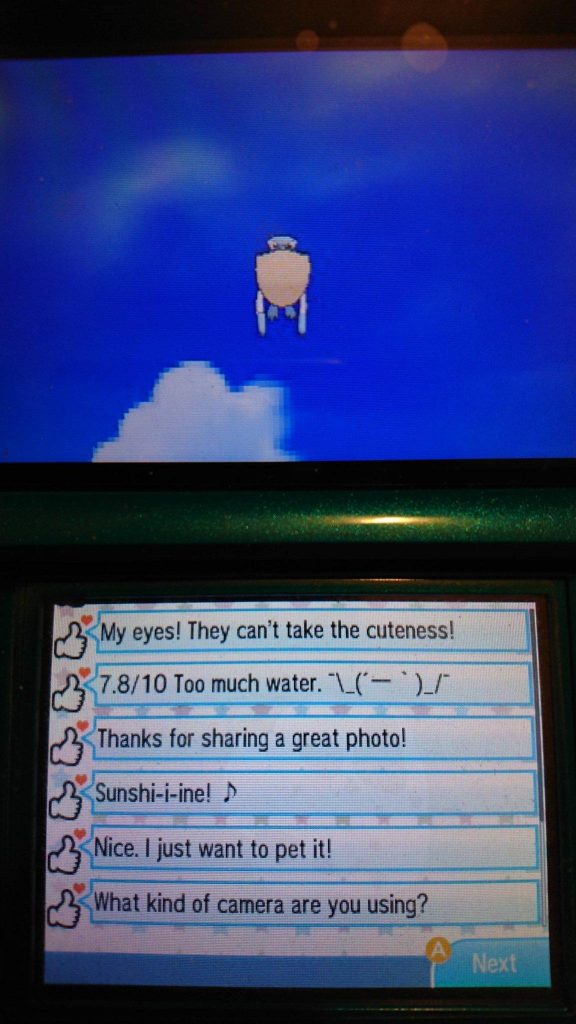 Back when Alpha Sapphire and Omega Ruby were released (almost exactly two years ago), IGN’s review of the titles made some waves in the gaming community when the reviewer stated that there was “Too much water” in the region focused on within the game. Hoenn, the region designed after the Japanese main island of Kyushu, is – yes, you guessed it – water based, meaning that Water-type Pokémon are pretty frequent when it comes to battles and journeying within the terrain.

Fans of Pokémon and Nintendo players alike took to the review page’s comment section and pretty much everywhere else in social media to make light of the rather humorous remark. Ever since then, “Too much water” has become somewhat of a staple within both Pokémon community and, well, every site where people like posting favorite memes.

It’s pretty entertaining to see Game Freak and the Pokémon Company take note of the review. In a way, it’s fun knowing that they’re connecting to the fan base through something that’s become so well known in internet lore.