Earlier today Nintendo finally unveiled its next video game system: the Switch. While the preview trailer showcased a lot of what makes the system unique, there were a few lingering questions. Thankfully IGN has contacted the company and gotten a few answers.

For starters, amiibo support is guaranteed, which we expected considering the not-too subtle cameo of the Super Mario line. According to a Nintendo representative “if a Nintendo Switch game supports amiibo then the Nintendo Switch home gaming system will as well.” It is still unclear where players will tap the amiibo however, as it’s unlikely to be the screened unit itself as that would make it impossible to tap an amiibo while docked. It may be a safer bet to expect one of the Joy-Con controllers to have an NFC reader. 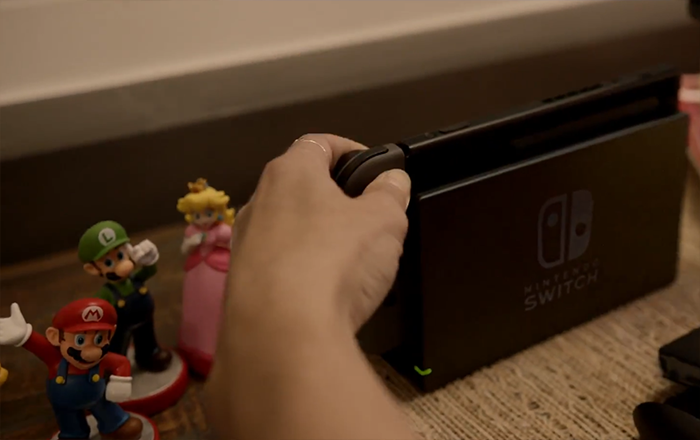 The Nintendo representative did go into a bit more detail regarding the dock, though. Apparently they created it “so that it is extremely easy to seamlessly switch from playing games on a TV to transition into a portable mode”, and they emphasize that it isn’t the core of the Switch. Instead “the main function of the Nintendo Switch Dock is to provide an output to the TV, as well as charging and providing power to the system.”

This may challenge early rumors of the dock providing extra processing power, but it’s still too early to say.

What is also somewhat strange is the representative’s response when asked about a touch screen, which was just “we will make additional announcements about the Nintendo Switch hardware later, before the launch of the product.” This non-committal answer is somewhat bizarre given Nintendo’s track record with touch controls, not to mention the fact the Switch by itself looks like a tablet, but it could just be the case that Nintendo wants to focus on what makes the system unique right now.

We’ll be sure to bring you further Nintendo Switch news as we approach its tantalizingly close March release!