In today’s reveal of the Nintendo Switch, the new home console x portable hybrid, brief clips of what appears to be a new fully 3D Mario in the vein of Super Mario 64 were shown.

The video shows Mario jumping around a desert town full of cactus people. The art style appears like something out of a Dia De Los Muertos painting. Mario performs a triple jump heading into the town. 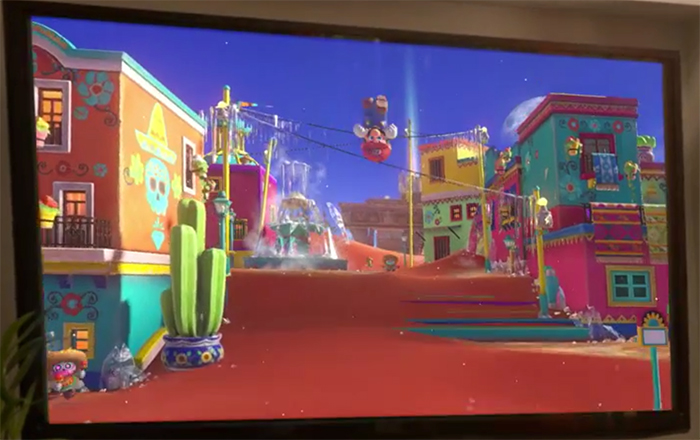 The next clip we see has Mario running along a platform, with a Bullet Bill firing towards him. In the background, we get a glimpse of mysterious items, like a heart and some floating golden rings. Even stranger, though, are the semi-transparent rock formations jutting out in the background and along the sides of the stage. Mario doesn’t interact with them in the video, so we don’t yet know if they have a gameplay purpose.

So even though we were only shown a few seconds of gameplay, it appears that there’s a lot to look forward to! More information has been promised to be revealed before the March release of Nintendo Switch.