The Pokémon anniversary love has been felt all throughout the year, and it looks like fans of the card game will now be able to claim one of the highest valued pieces of the celebration. Going up for order tomorrow in Japan to celebrate its 20th will be a solid gold replica of the original Pikachu card from Base Set. 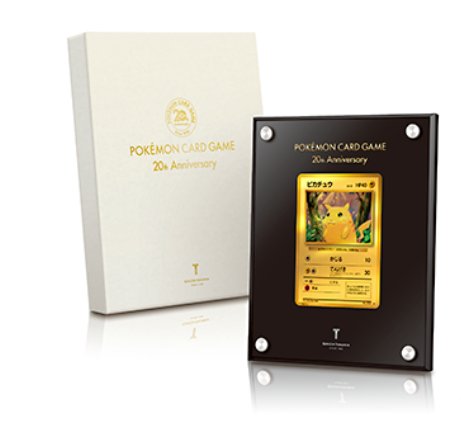 Priced at about $2,000 USD and sold with its own collector’s box, there’s no word at this time for any equivalent release in America or elsewhere, and we also don’t yet know if there will be a means to easily import the Japanese version. As of right now it’s definitely a sight to behold!