At this year’s E3, we finally got to see a solid chunk of gameplay from the long-awaited upcoming entry in The Legend of Zelda series; Breath of the Wild. In the hours and hours of Treehouse footage shown we were treated to countless combat scenarios, details on environmental and crafting systems, tablet-powered tools and more. But after it all, unsurprisingly, we’re still left with more questions than answers.

One of the biggest question marks remaining is what proper dungeons will look like in the new game, and, equally importantly, what bosses will we have to face. To hold us over until the next deluge of information about Breath of the Wild hits, we spent some time thinking back on all the great nemeses that Link has battled over the years. From silver arrows to Wii Motion Plus, these are our favorite boss encounters from The Legend of Zelda series… 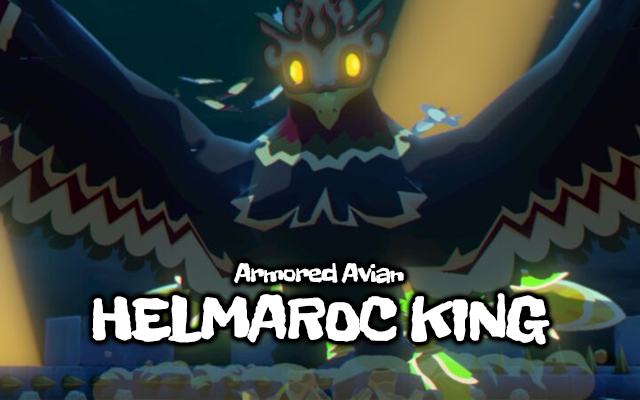 When it comes to Zelda bosses, many times they’re only relevant to the dungeon they occupy with no greater impact on Link’s adventures. It makes those few that have some kind of narrative weight beyond the game’s main antagonist all the more impactful and memorable, and among them I feel Wind Waker’s Helmaroc King soars above the rest, snatching its place on this list with minimal effort.

This gargantuan avian is what first draws Link from his home on Outset Island and takes him across the Great Sea. The setting in particular plays a part in making the Helmaroc King so imposing. When the world is covered in water and it seems most people are content to stay on our near their home islands, it is instead unhindered and able to go as it pleases, kidnapping young girls with pointed ears. It has no remorse when it comes to breaking families and can effortlessly cast Link to a further corner of the ocean where he likely would have drowned if not for the King of Red Lions’ intervention. Unlike many examples I find its lack of character all the more eerie, serving only as a feathered accessory in a greater mind’s machination..

The battle itself is likewise exciting to play and cathartic as can be. After returning to and fighting your way up the Forsaken Fortress, you have to escape a flooding tower before meeting this recurring force head on. The satisfaction that comes from introducing it to the Skull Hammer and watching it fade away while lit by the very searchlights that pursued your efforts earlier is one of my favorite moments of the game. The main enemy of the first half of the game, the one with which Link has the most personal reasons for defeating is gone and every one, friend or foe, knows it. 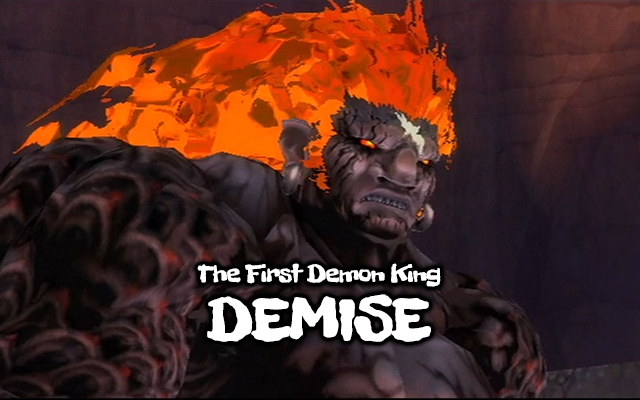 The Zelda series is filled with imposing bosses, but none are quite as cinematically presented as the final foe of Skyward Sword – Demise. After battling legions of bokoblins and defeating his devoted underling Ghirahim in one last duel, Link steps through a portal to a barren-yet-beautiful battlefield to face off against the original demon king.

The blue skies and tranquil water are soon corrupted by darkness, however, once Demise initiates the fight. Black clouds storm in, thunder rages, and swords clash. With the darkness making the Goddess-powered Skyward Strike impossible, Link has to rely on his wits and finesse to whittle the fiery foe down.

Once sufficiently winded, Demise calls upon the thunder and lightning to charge his sword as a last resort, making him even more powerful. This ends up being his undoing, however, as it inspires Link to do the same. With one lightning-charged final blow to the chest, Demise is no more, and his final curse dooms future generations to an eternal conflict between the Triforce’s chosen.

While this final boss fight is relatively easy compared to many others in the series, it is undeniably one of the flashiest we’ve ever seen, making it the perfect finale to the most cinematic Zelda game yet. 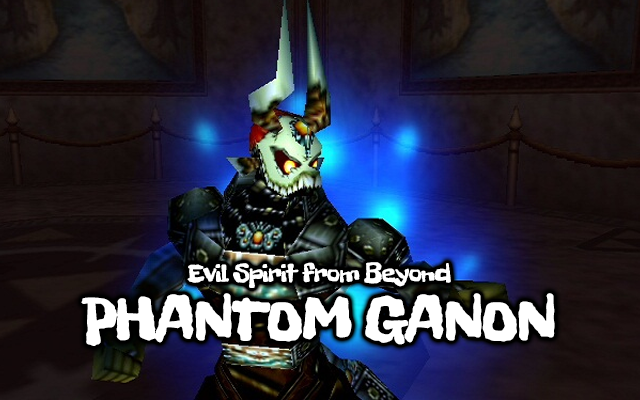 You’ve finished the first set of Ocarina of Time’s challenges, the dark second act of Link’s quest has begun. As you near the boss room of the Forest Temple, you fantasize about an evil woodland spirit, a possessed tree, or maybe a sentient mushroom. The last thing you’d anticipate – at this stage of the game – is an epic showdown with Ganondorf, Link’s ultimate nemesis.

Okay, so it’s not actually Ganondorf, but as Link enters the hexagonal gallery at the top of the temple and turns to find a vision of the horseback Gerudo King standing behind him; you’d have to forgive him for being both confused and petrified.

The circumstances of this encounter alone are enough to earn it a spot on this list, but the fight itself also happens to be one of the series’ best. The spectral rider retreats into one of the six paintings surrounding the room, then slowly advances, along with a doppelganger or two, from random walls. After isolating the true specter and banishing him from his mount and his artistic retreat, Link must engage him in a duel of endurance; using the Master Sword to rally a volley of light back and forth until someone flinches. After a final stagger and barrage of slashes, Link emerges victorious.

This mid-game encounter has all the makings of a final, epic showdown; but after his duel with Phantom Ganon, poor Link still has miles to go before he’ll face the evil king in his true form. 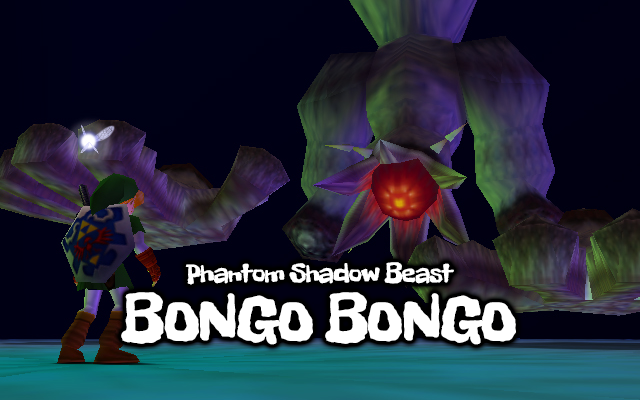 The big bad of Ocarina of Time’s Shadow Temple, Bongo Bongo is perhaps one of the most hauntingly chilling boss figures in the entire series. At first, he’s hinted at as an invisible and malevolent shadow spirit sealed at the bottom of Kakariko Village’s now defunct watering hole. Though once released by Ganon after his seven year tyrannical rule, players are eventually introduced to his hideously deformed body and disturbingly disembodied limbs reminiscent of what I imagine to be the fever dreams of overworked Ubisoft illustrators. The name alone inspires paralyzing fear, inciting images of deranged circus clowns scaring the innocence of joyful children everywhere (seriously, clowns are creepy).

The fight itself appropriately takes place on an oversized bongo drum surrounded by a strange, oozing liquid harmful to the touch. Not one to shy away from its namesake, Bongo Bongo incessantly strikes the drum in rhythmic fashion throughout the battle, balancing slower tempoed taps with heavy handed blasts. This barrage of beats provides unstable footing for our Hylian Hero, making dodging attacks and firing arrows at the covert creature much more difficult. A fresh twist on the typical Zelda formula, the dungeon’s featured item isn’t required to snuff out the cycloptic creature, posing an added challenge to those who seek it.

If you do manage to defeat the stealthy spirit, players are rewarded with the most deeply dark and disturbing death scene in the series to date. Watching Bongo Bongo’s body thrash about in a convulsive rage gave me goosebumps as a kid, and the accompanying frenzied drum roll that gradually slows as the life slips away from his brooding eye had me feeling a little bad for the guy. These feelings of sympathy and regret make much more sense under the lense of Bongo Bongo’s bloody origins. Unfortunately that’s a tale for another day full of elaborate fan theories that deserve more attention to detail than I’m capable of – perhaps even befitting an entire character column (are you listening, Ben?). 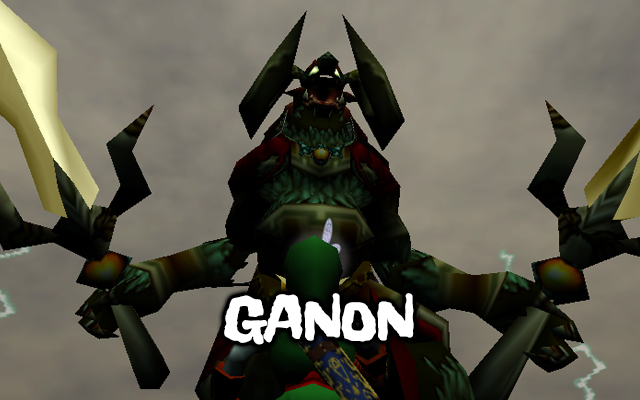 After a harrowing ascent to the top of the dark tower in the center of a corrupt Castle Town, Link finally faces off against the nemesis that has tormented Hyrule for the past seven years. Hovering ominously over a perch at the room’s center, Ganondorf hurls a variety of projectiles at Link while systematically destroying the few footholds available to him. Channeling the duel with A Link to the Past’s dark wizard, Agahnim, one particular projectile can be sent hurtling back at the Gerudo King with a well timed swing of the Master Sword. By staggering Ganondorf with his own magic, then following up with a well placed Light Arrow (a wonderful callback to the demon-slaying silver arrows from previous games in the series) Link is able to ground his foe and finish the job with his legendary blade.

After an epic evacuation sequence that would easily give Samus Aran a run for her money. Link and Princess Zelda dart from the dark tower’s entrance as it comes crashing down toward the crater over which it was suspended. All that’s left now is a smoldering pile of rubble where the obelisk once stood. “It’s over… it’s finally over…”

But we knew better than that, even before we heard a faint sound coming from the debris.

As Link investigates, flames suddenly engulf the arena and a charred Ganondorf bursts from the wreckage and into the sky. Demonstrating the full potential of the Triforce of Power, the Gerudo King sheds his worldly guise to reveal his true form: The evil king, Ganon. With Princess Zelda quarantined outside the flames, Ganon disarms Link with a deft slash from his dual blades, sending the Master Sword flying out of reach. The odds aren’t looking good, at this point, but Link doesn’t possess the power of the Triforce of Courage for nothing.

Using whatever else he can find in his arsenal, along with his sheer bravery, Link whittles away at Ganon’s strength and patience by attacking his tail – his one weak point. This is a truly exhilarating David and Goliath battle. Eventually Ganon loses focus on the fiery perimeter that he had erected, giving Link the opportunity he needs to grab his sword, and Zelda a chance to show us the power of Hyrule’s royal family. A final blow from the Master Sword while the princess immobilizes Ganon with her magic finally puts an end to the Evil King’s reign.