The Mad Gear Gang strikes back! Originally released on the SNES back in 1993, Final Fight 2 is a classic side-scrolling brawler that does little to deviate much from the original in terms of gameplay. Making up for the poorly concocted port of its coin-operated predecessor, this sequel was built from the ground up for Nintendo’s Super System, featuring three playable characters, the missing boss from Final Fight and the all-too important two player option. Of course, that last vital addition doesn’t apply here, as 3DS SNES VC games don’t include multiplayer support, making this tough to recommend over its Wii U counterpart. Barring that glaring omission, players looking for a decent beat ‘em up experience on the go need look no further. 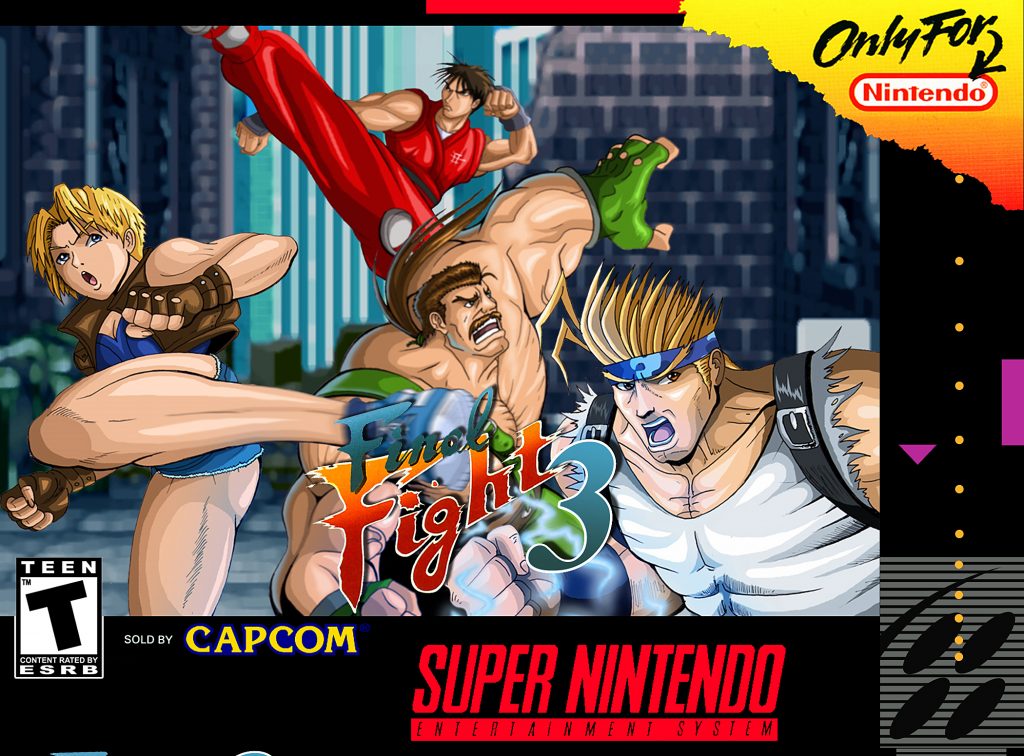 Rounding out the trilogy is Final Fight 3, released late in the SNES’ lifespan back in 1995. Both Guy and Mike Haggar return, along with a duo of new faces, to take down Skull Cross: a new gang of vandals and terrorists rising from the ashes of the Mad Gear Gang’s defeat. Fight 3 is most notable for spicing up its gameplay by sprinkling some depth to its more traditional set of beat ‘em up punches and kicks. Devastating dash attacks and Street Fighter-esque special moves prove fun additions that add much needed variety to combat. Also, those disappointed by the Virtual Console’s lack of multiplayer support might find solace in the game’s Automatic 2P mode, which provides players with a CPU controlled second player.