The latest scans from Corocoro seem to have made their way out into the world and as promised last month we have our first look at Rockruff’s evolutions. Yes, that’s evolutions plural. The adorable puppy manages to get a different evolution tied to the time of day. While the Pokémon’s name is the same in both styles, each appearance is highly distinct. Lugarugan appears to be the name, though the romanization could be different and it will likely have a changed name for the localization just as Rockruff did from Iwanko. As of now there’s no typing, ability, or other details other than the aforementioned but an official Nintendo reveal may not be far off. 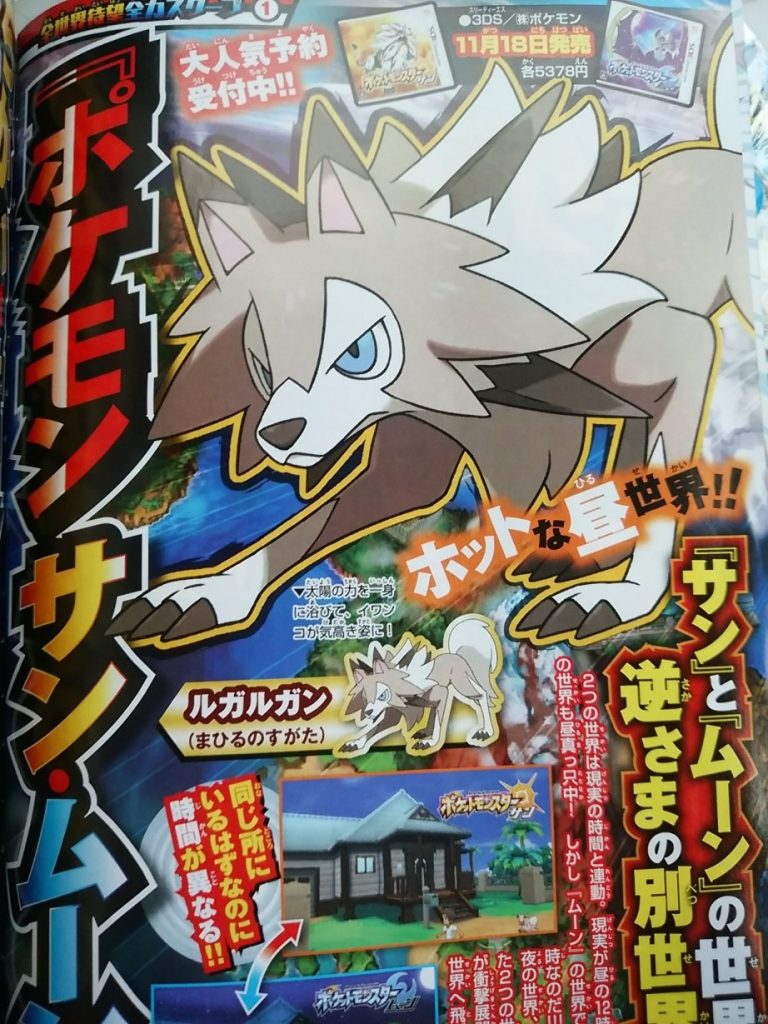 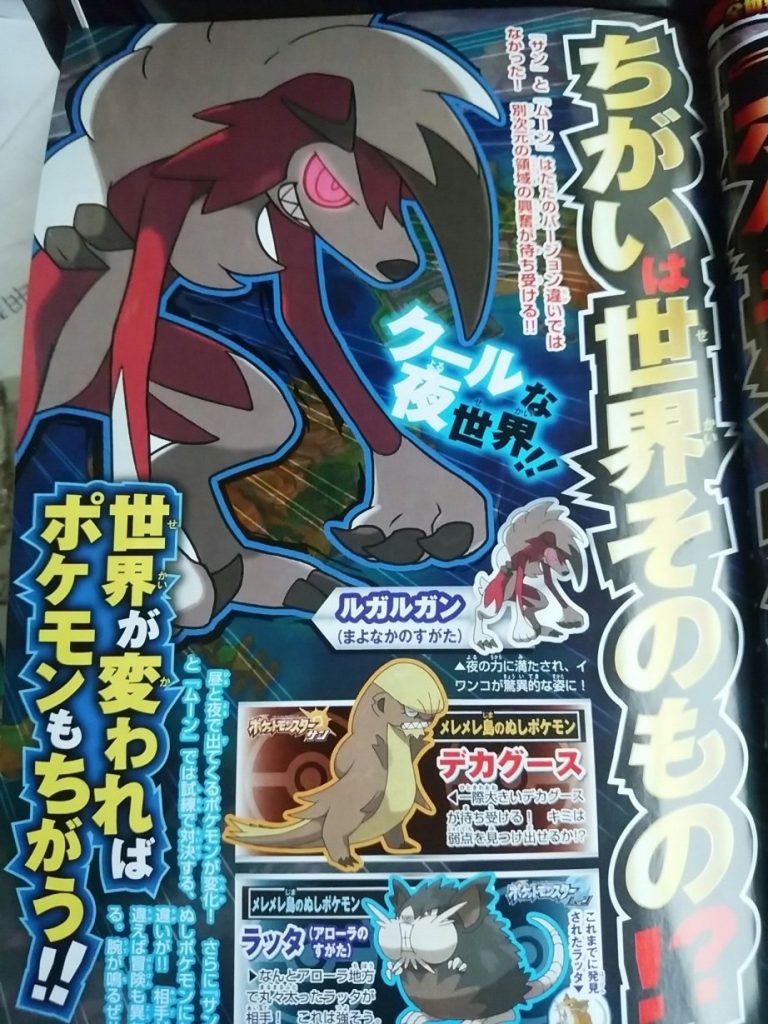 Alongside Lugarugan we also see what appear to be two more Ultra Beasts. Both are designated UB02, with the large red one being UB02 Expansion and the more slender, white one being UB02 Beauty, who is striking a pose similar to Lusamine of the Aether Foundation. As the nature of Ultra Beasts is still highly mysterious not much can be said on them at this time, but there appear to be screenshots implying that each of the UB02s will be version exclusive, at least in their story roles. In one set of images Expansion is shown attacking Tapu Koko within Sun, while below it is apparently the same scene from Moon but with Beauty instead. There is also a brief mention of UB01, noting its name is a mystery for now but could hold significance. 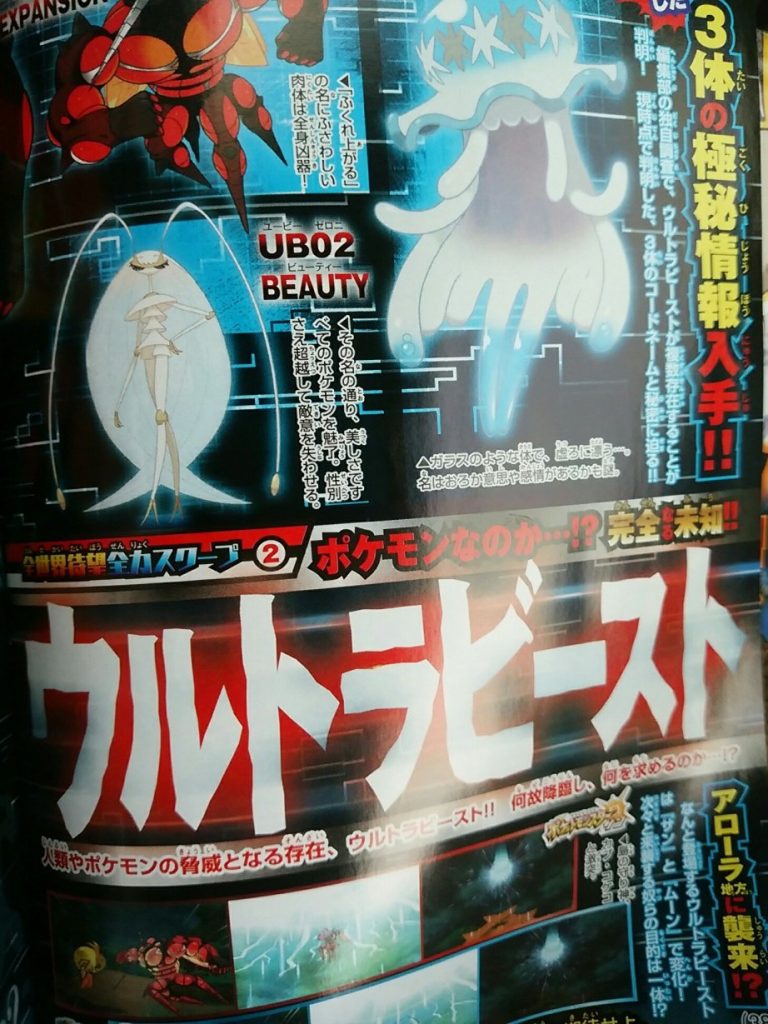 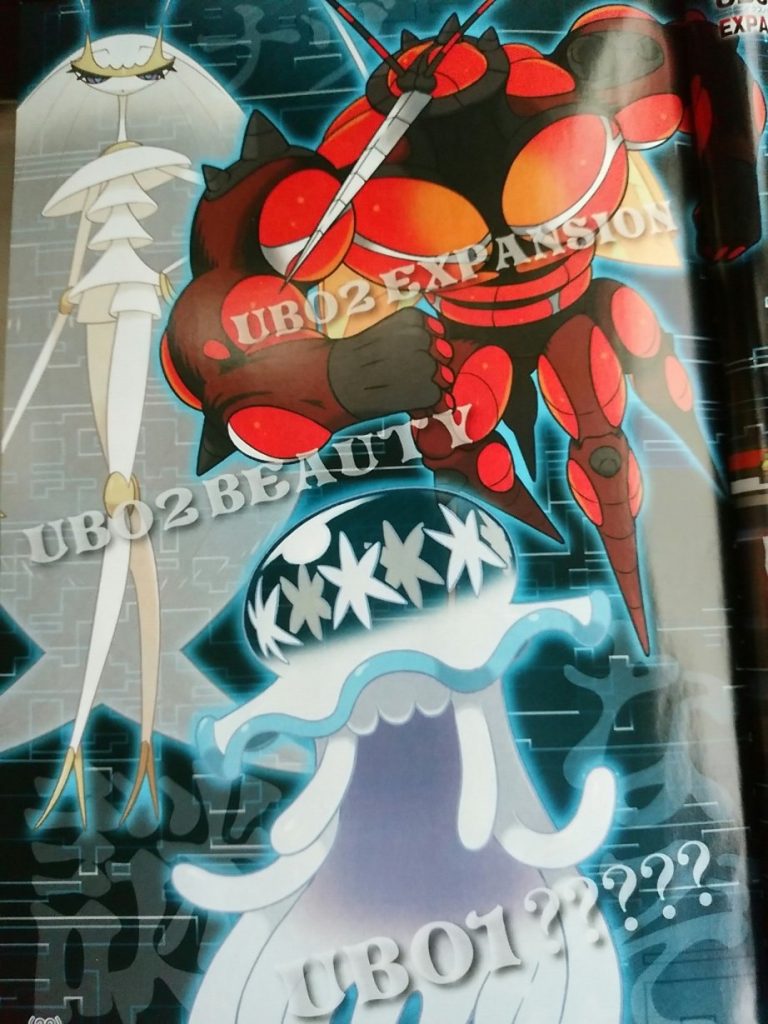 Lastly we now know a few details about the upcoming series of the Pokémon anime, themed around Sun and Moon. Ash will end up with a Z-ring, opening up new battle possibilities in the Alola region. It’s also stated he’ll be attending a school in some capacity. It also seems to hint he’ll be catching Rowlet at the very least, and will meet important faces such as the trial captains and Melemele Island guardian Tapu Koko. 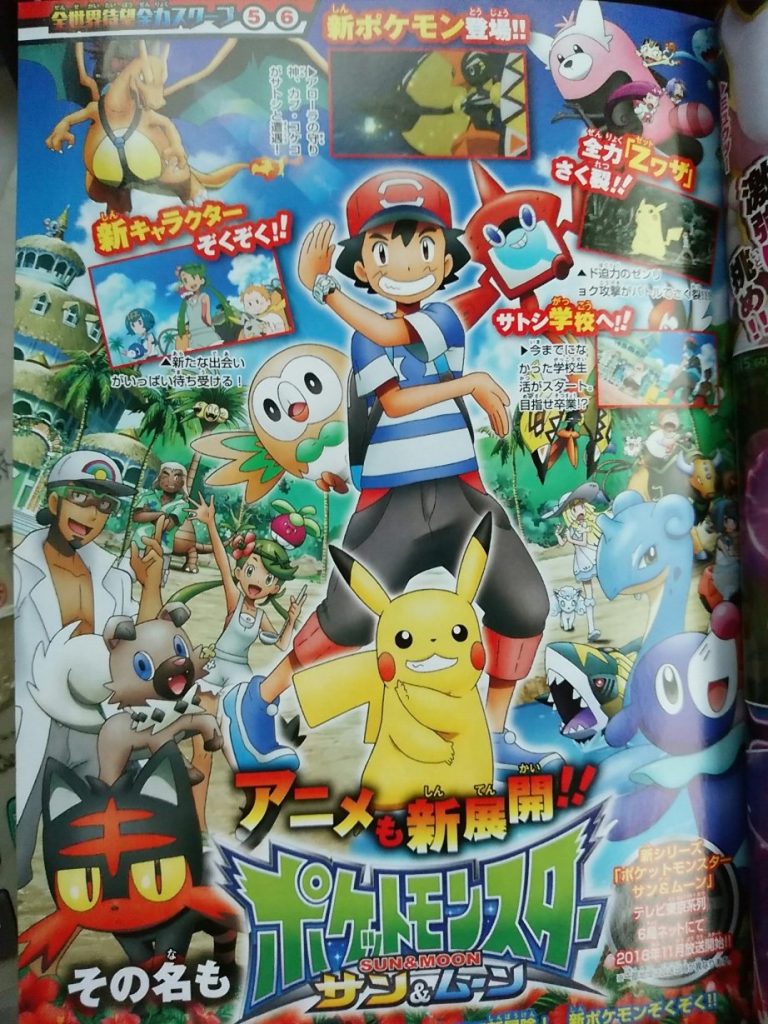 Next month’s Corocoro will be delving into the odd Type: Null that was recently unveiled. There’s also a look at a new Snorlax TCG card that seems to be tied to the future event Munchlax that will be downloadable when the games launch in November. This might be the first look at a Z-Move in the card game, a fixture that’s sure to see light in the eventual Sun and Moon expansions. There’s also a small section discussing Pokémon Go that seems to imply a connection with the popular app and Alolan Forms. Could these be making their way to our phones within the next few months? 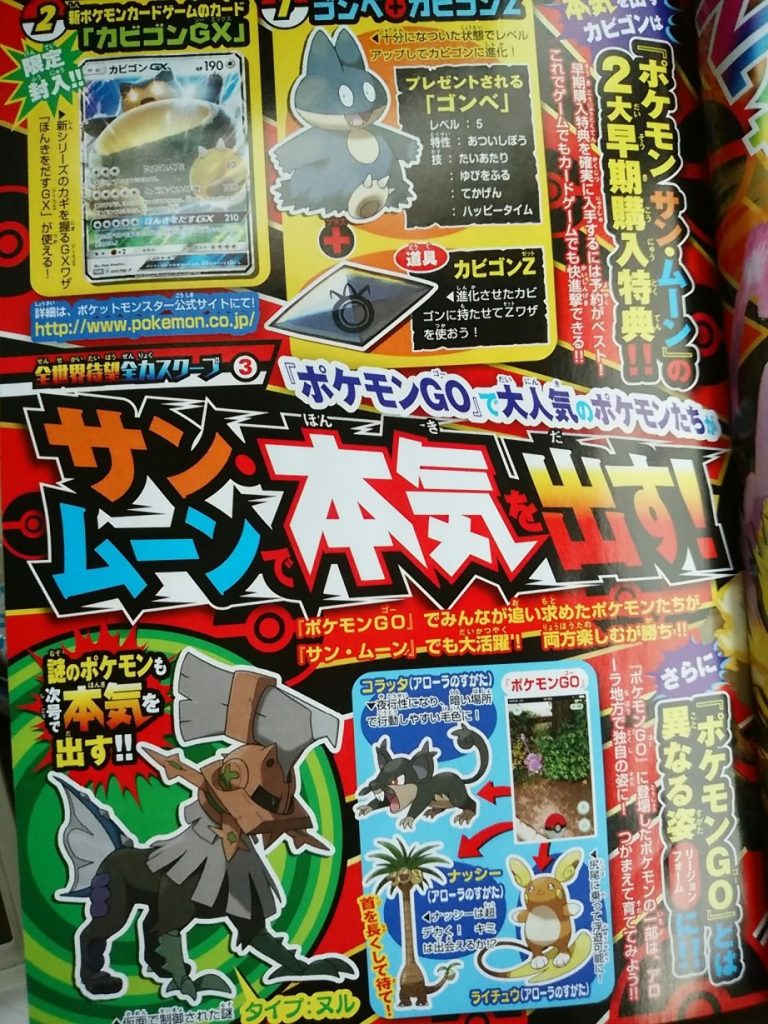 As always with leaks like these, the information is a little rough and early so some of it may change in the near future. As always a big thank you to the hard working people at Serebii.net for translating this info and sharing the images. It may not take long to get some clarity on all this, as the next reveal from the Pokémon YouTube channel is just a couple days away!