This week in the Nintendo eShop: Phoenix Wright takes to the stand in the latest game in the Ace Attorney series, Thora storms the gates of Valhalla in Jotun: Valhalla Edition, and Dracula gets whipped back to the seventh circle of hell in Super Castlevania IV.

Mighty No. 9 is currently 20% off for anyone needing to scratch that Mega Man itch, though I wouldn’t personally recommend it due in large part to the game’s bland art direction, poor level design and sluggish controls. On the flip side, I do recommend nabbing Legend of Legacy, which is down to $24.99 for the next week. Traditional RPG enthusiasts, especially fans of Final Fantasy II’s controversial, yet unique level up system should find it an enjoyably nostalgic romp.

Finally, every Thursday in September Nintendo will be showcasing a new indie title in a series it calls Nindies Summer Jam. Best of all, each title will be given a 10% discount for those that purchase within the initial launch week! This week’s lucky star is Jotun: Valhalla Edition: a visually stunning action game that tells the tale of a powerful viking warrior seeking redemption in the afterlife.

Jotun: Valhalla Edition (Thunder Lotus Games, $14.99 | $13.49 until 9/15) – Jotun is a picturesquely hand-drawn action exploration game set in Norse mythology. You play as Thora, a viking warrior who died an inglorious death and must prove herself to the Gods in order to enter the pearly gates of Valhalla. Despite its short length, players can fully expect a beautifully atmospheric good time filled with a sense of wonder not unlike what you’d get from reading a storybook. Be sure to check out our full review written by Bryan Finch, who found the game to be a wonderful trip through Norse mythology, praising it for its sweeping vistas, beautiful score, and gorgeous hand-drawn animations. 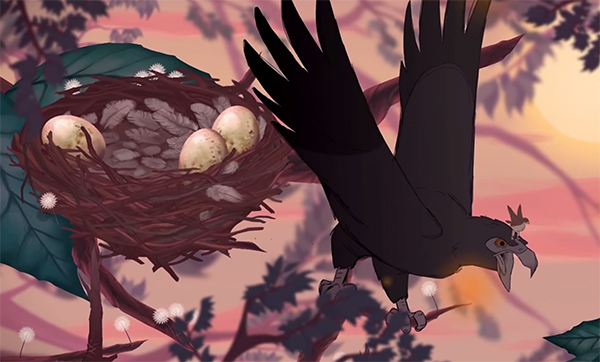 Tetraminos (Sanuk Games, $4.99) – Sticking your hand in fire, crossing the street without looking both ways, picking a fight with Chuck Norris; these are hopefully all things we’ve learned to avoid doing by the time we’ve reached adulthood. Unfortunately, the good folks over at Sanuk Games skipped class the day everyone learned not to try and fix things that aren’t broken, because they felt the need to give Tetris, one of the most flawless and influential video games of all time, a makeover. The result is a rather mediocre experience that, despite attempting to keep the core values of its inspirational source material intact, ultimately falls short of offering anything new or enticing.

The Gem Collector (TreeFall Studios, $2.99) – The Gem Collector feels like a low end flash game from ten years ago that could probably have benefited from hiring both a proper musician and graphic artist. A 2D platformer at heart, you spend most your time collecting infuriatingly tiny gems through 21 humdrum levels filled with… not much else to be honest. The developer’s description mentions there being puzzles and enemies, but none of the gameplay videos I’ve seen coincided with that bold claim. Download with caution. 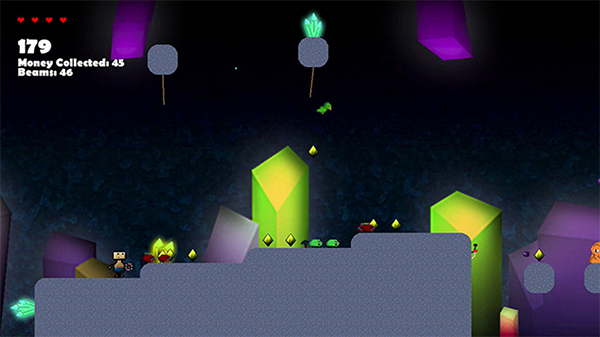 Letter Quest: Remastered (Digerati, $9.99) – Help the grim reapers Grimm and Rose defeat a legion of monsters, ghosts and evil bunnies using nothing but the power of words! A mashup of turn-based RPGs and crossword puzzles, players must rely on a combination of strategy and linguistic skills to survive 40 puzzle-filled stages. The high-res cartoon art style fits the tone of the game well, not to mention the simple controls and catchy soundtrack. Fans of Scrabble, Boggle, and virtually any other word game will surely find plenty of reasons to love this game to death. (Yup, I went there.)

Rorrim (Nitrolic Games, $5.00) – Exclusive to the Wii U, Rorrim is a puzzle game that tasks players with helping a princess escape a maze-like labyrinth. The kicker? You have to use both the Wii U GamePad and your TV screen in tandem to navigate both the real world and its mirrored counterpart to overcome its many obstacles and pitfalls. I’ll admit, I fully appreciate when a developer attempts to build Wii U games specifically with the GamePad in mind, and balancing between two alternate realities to solve spatial puzzles sounds like an intriguing concept I can wholeheartedly get on board with. Give it a shot if you feel the GamePad is often underutilized in new and exciting ways. 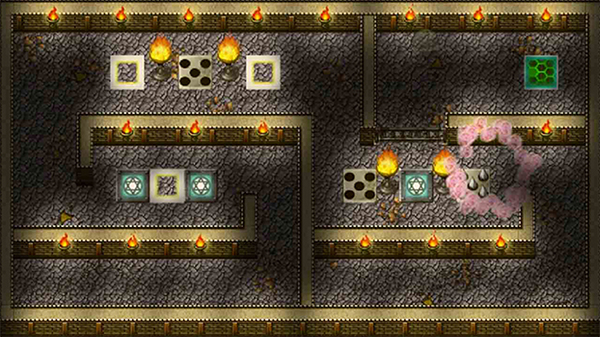 SphereZor (James Guard, $4.99) – Inspired by classic games you’d find in an ‘80s arcade, SphereZor pits a bunch of circle guys against a bunch of triangle guys in 70 challenging levels. It’s sort of a cross between Pac-Man and Breakout, though with up to five players being able to get in on the action. It seems fun enough if you have a couple of hours to kill with some buddies, but I can’t say I’m a huge fan of the unimaginative character designs sporting less personality than your average potato, not to mention the incessant need to put “Zor” at the tail end of every other word.

Touch Selections (RCMADIAX, $2.99) – Fans of one-trick ponies rejoice as RCMADIAX has seen fit to grace Wii U owners with yet another compilation of unpolished, barely functional monstrosities. Featured in this deceptively affordable bundle is the previously released AVOIDER and PEG SOLITAIRE: two games scantily held together by superglue, duct tape and the tears of anyone foolish enough to play them. If spending three dollars to avoid triangles and play leapfrog sounds like a good time, give this selection of uninspired titles a shot. 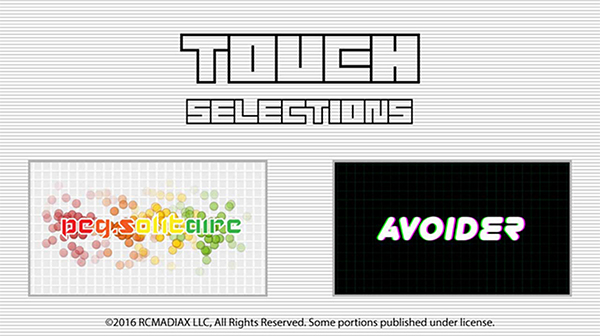 Mario Strikers Charged (Nintendo, $19.99) – Originally released back in 2007 on the Wii, Mario Strikers Charged is essentially soccer set in the Mario universe. Players battle on 17 interactive stadiums using Mega Strikes, Super Abilities and Skillshots in an effort to gain an edge over the competition. While the game does benefit from building on core concepts established by its predecessor on GameCube, its most notable feature was playing online with friends from all over the world: unfortunate here considering the Virtual Console’s lack of online support. Despite this glaring omission, not to mention an unorthodox control scheme that takes some getting used to, Strikers is still an exciting, frantic and fun sports game for all ages that’s often praised for its arcadey, pick-up and play nature. 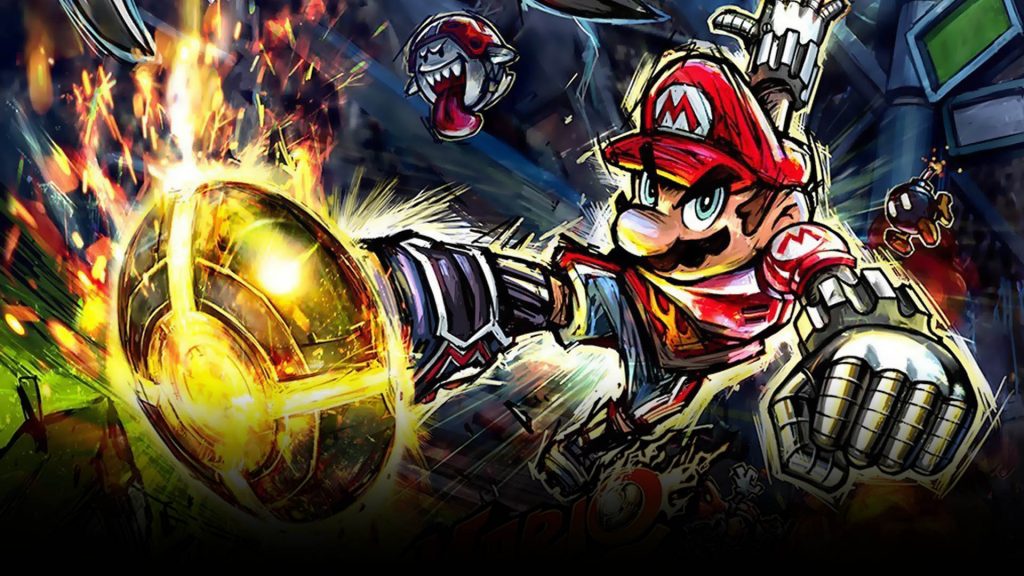 Phoenix Wright: Ace Attorney – Spirit of Justice (Capcom, $29.99) – Grab your finest blue suits and ready those pointer fingers: Phoenix Wright’s latest legal adventure in courtroom drama has finally been called in to the eShop to testify! Tip the scales of justice with new puzzling mysteries, a quirky cast of memorable characters and out of this world investigation techniques. While I’m personally unfamiliar with the series in general, fans of whodunnit, text-heavy mystery novels are sure to find plenty to love. Be sure to check out Logan Plant’s amazingly passionate and detailed review for the full scoop, where he praised it for recapturing the magic and underdog nature of the original Ace Attorney games that’s been missing from the franchise for a while. 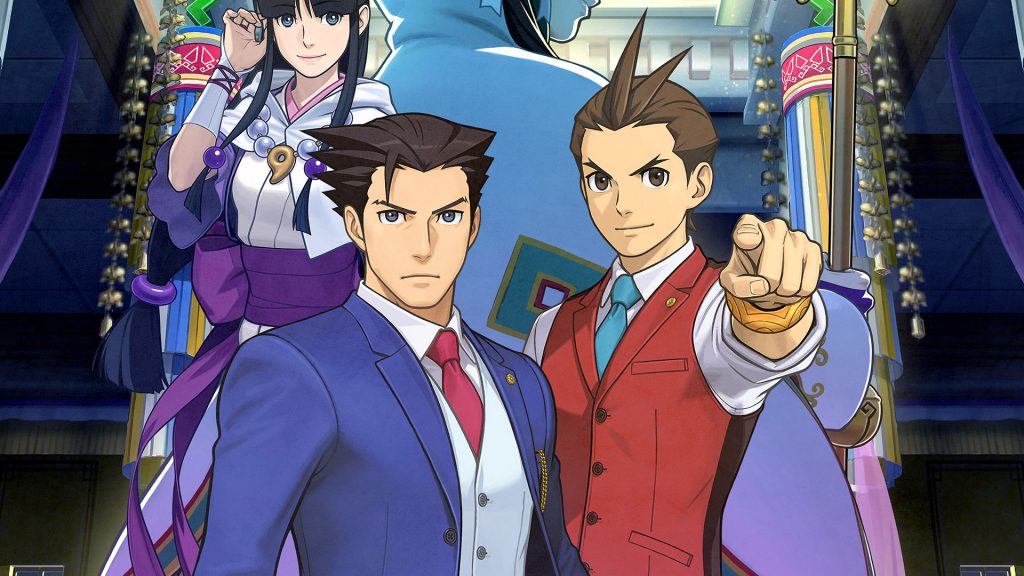 Futuridium EP Deluxe (MixedBag Srl, $7.99) – Get ready for a psychedelic retro inspired shoot’em up with a modern twist that blends together frantic action, puzzle elements, a vibrant poly aesthetic and an adrenaline boosting electronic soundtrack. Boasting 50 levels, five bosses, multiple unlockable game modes and 150 challenge medals, mastery of this impressive looking shooter is sure to push your focus and reflexes to their limits. This is definitely one you’ll want to experience with the 3D slider set to maximum, and fortunately the game runs at a steady 60fps, meaning framerate issues for those who choose to won’t be an issue. (I’m looking at you Pokémon XY/ORAS.) Best of all? It’s one of the few games on Nintendo platforms featuring cross buy, so those of you who bought the Wii U version back in May get it for free!

Phoenix Wright: Ace Attorney – Spirit of Justice Costume Pack (Capcom, $0.99 each | free until 9/15) – To help celebrate the release of Ace Attorney 6, Capcom has included some new DLC for all you budding lawyers. Apollo Justice’s old high school uniform, Athena’s Trés Bien outfit and Phoenix’s Furio Tigre get-up round out this week’s offerings. Best of all, die hard fans who purchase the game at launch will receive the entire costume pack for free! Make sure to download them now before next thursday when this special offer expires.

Super Castlevania IV (Konami, $7.99) – Originally released back in 1991, Super Castlevania IV is best known for perfecting the classic 2D action platforming formula established by its NES predecessors. A retelling of his first adventure, Simon Belmont once again reprises his role as a whip wielding warrior hell bent on Dracula’s demise. True to the series’ roots, Super is a much more linear affair than its Metroidvania counterparts, chronicling our intrepid hero’s journey through 11 monster-infested stages – from forests, lake beds and caves to the dark overlord’s Transylvanian fortress itself. It’s often praised for its engaging gameplay mechanics, inventive level design and superlative soundtrack: all which culminate into what many consider the benchmark by which all future installments are judged. 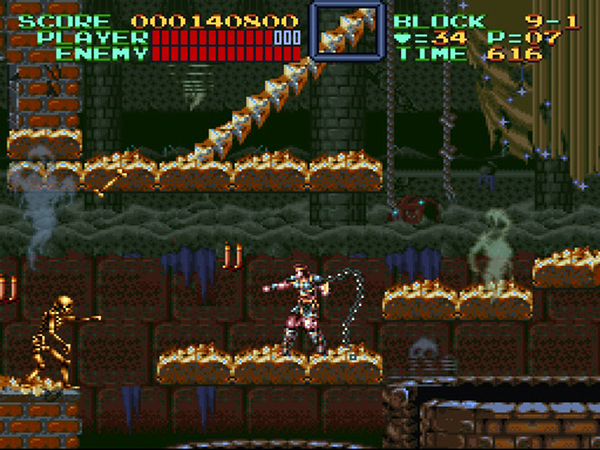