The very best? Exploring Ash Ketchum in the Sinnoh League

Just a quick warning: This article contains spoilers for an episode of the Pokémon anime that just aired in Japan, as well as spoilers for the anime through the Sinnoh arc. You have been warned!

Since the beginning, Ash Ketchum has inspired Pokémon trainers around the world to be the very best. For the last 19 years, young trainers have turned to Ash as an example of what it takes to be a Pokémon Master. But is that really the case? Has our perpetual ten year-old really done anything of worth to earn him the title of Pokémon Master? Over the course of the week we are going to take a look at some key moments in Ash Ketchum’s journey to see exactly what he has done, and, more importantly, dig into what he’s failed to do, and why.

Upon arriving in the Sinnoh region, Ash meets his newest rival, Paul. Their first battle ends in a tie, after which Paul shows Ash that he releases any Pokémon that he deems to weak to battle. This selfish way of treating Pokémon upsets Ash, and cements Paul as his rival.

Arriving at the first Gym, Ash watches as Paul goes on to beat Roark in his first Gym battle. The next day, Ash loses his battle against Roark, with Paul watching. Ash is inspired to train harder than ever after his rival saw him lose, so he does just that and then challenges Roark to another battle. The three Pokémon Ash is using all have moves that are super effective against Rock-Type Pokémon, so Ash builds his strategy around them. The strategy works against Roark’s first two Pokémon, Onix and Geodude, but Roark’s Rampardos quickly takes out Ash’s Aipom and Pikachu, leaving it all up to Turtwig. Turtwig’s at a disadvantage due to Rampardos’ Flamethrower, so Ash has to think outside the box, yet again. What he comes up with is iffy at best, using Razor Leaf right into Flamethrower in order to camouflage Turtwig with the burnt leaves. It seems to work, since it allows Turtwig to roll right under Rampardos and hit it with a powerful Razor Leaf, knocking it out and winning Ash his first Sinnoh League badge. It’s worth pointing out that Ash won this badge 18 episodes into the Sinnoh arc, which is far longer than it has taken him to win his first badge in any other region. 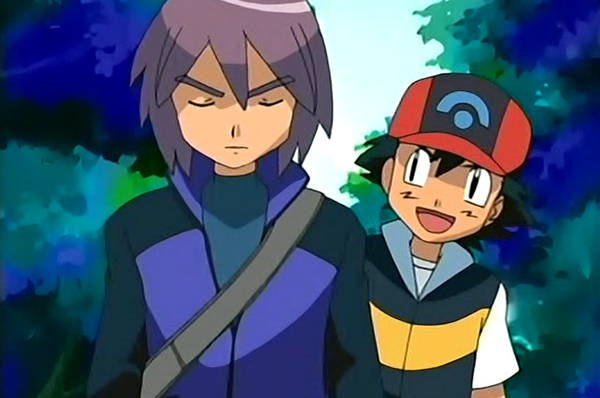 Ash wins his next Gym Battle against Gardenia, although he did lose to her in an unofficial battle before he knew she was the Gym Leader. His third Gym match, against Maylene is intense, coming down to each trainer’s last Pokémon. Maylene’s Lucario is handily beating Ash’s Buizel, until their battle blows a hole in the ceiling, causing rain to fall through and activating Buizel’s Swift Swim ability, increasing Buizel’s speed and giving Ash the upper hand. Lucario had already dealt too much damage though, and the match ends in a draw. Impressed by Ash’s battling skills, Maylene decides to give Ash his third Sinnoh League badge anyway. This marks the first time since Sabrina that a Gym Leader has given Ash a badge despite not having him win the Gym Battle. It also marks 50 episodes since Ash received his first Sinnoh League badge; at this point in the Kanto region, Ash already had all eight badges.

Ash’s fourth Gym Battle in Pastoria City marks a first for Ash, since this is the first time he wins a Gym Battle without a single one of his Pokémon fainting. Is this a sign of Ash getting it together in the Sinnoh region? Perhaps not, because Ash loses his very next Gym Battle against Fantina. After training with a brand new rival, Barry, Ash battles Fantina once again, this time coming back for the victory and securing Ash’s fifth Sinnoh League badge. Ash quickly wins his next two Gym Battles over the course of just 13 episodes, although it takes him 52 episodes after beating Candice to finally reach his eighth Gym battle. 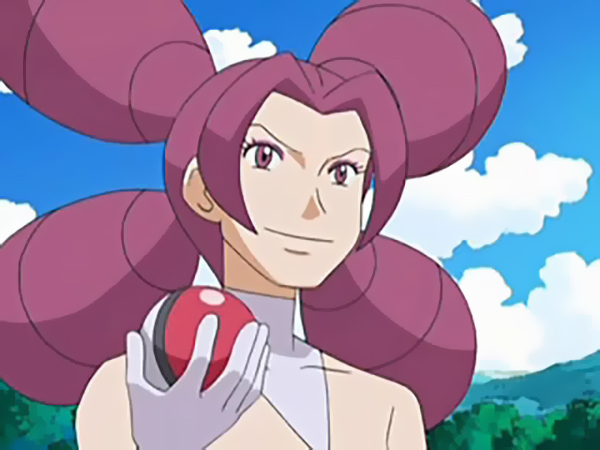 Ash’s battle with Vollmer is tough, with Electivire taking out Ash’s Torterra fairly quickly, thanks to a well timed Ice Punch. This knockout leaves Pikachu pitted against the powerful Electivire. Pikachu is at a huge disadvantage, since Electivire’s Motor Drive ability absorbs all electric attacks and increases Electivire’s speed. Ash doesn’t know this at first, so he attempts to have Pikachu use Thunderbolt over and over again – to no avail. The tide is turned when Pikachu’s own ability activates, paralyzing Electivire with Static. The paralysis allows Pikachu to land a direct hit with Iron Tail, knocking Electivire out. The rest of the battle goes Ash’s way too, as Pikachu and Infernape are able to overpower Volkner’s Jolteon and Luxray. With all eight Sinnoh League badges, Ash is ready to head to the Lily of the Valley Conference, hoping to conquer the Sinnoh League!

During the Lily of the Valley Conference, Ash manages to advance to the quarterfinals, where he faces off with his rival, Paul. The battle starts of nicely for Ash, with Paul’s Gastrodon and Aggron quickly being eliminated. But Paul’s Drapion quickly turns the tide of battle, knocking out Ash’s Buizel, Staraptor, and Torterra in quick succession. Ash sends out Gliscor, and Paul recalls Drapion for Ninjask. Ninjask outperforms Gliscor due to its Speed Boost ability and Ash recalls it, switching for Infernape. Ash proceeds carefully, having Infernape Dig, and then use Flare Blitz to damage Ninjask. Infernape then sacrifices much of its health to Ninjask’s Giga Drain in order to study it closely, launching a Mach Punch that gets a direct hit, knocking it out and leaving Paul with three Pokémon. 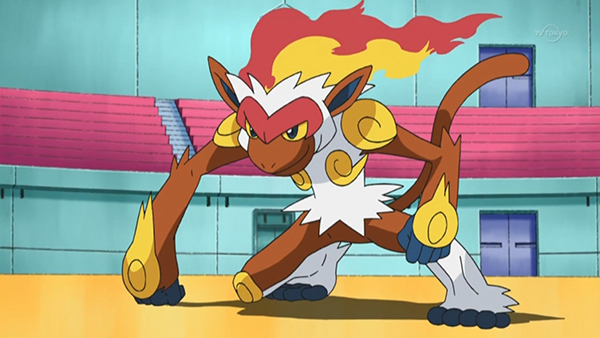 Paul is perhaps the most skilled opponent Ash has ever faced in a Pokémon League, and it shows. Over the course of the battle, Pikachu and Froslass are closely matched, but Pikachu manages to pull off a win. Paul sends Drapion back out, and Ash responds by calling Pikachu back and sending out Gliscor. Drapion no longer seems to have the advantage, and Gliscor manages to land many great hits and finally takes out Drapion. Paul is down to hit last Pokémon, while Ash still has three left. Paul sends out his Electivire, which quickly takes out both Gliscor and Pikachu. This leaves Ash with just his Infernape, who is still weak from his battle with Ninjask. The two Pokémon have at it, and Electivire beats Infernape into submission, activating Infernape’s Blaze ability right as the announcer is about to declare Electivire the winner. Blaze gives Infernape just enough power to strike Electivire with a final Flare Blitz. Electivire falls, and Ash is declared the winner. This battle is the longest in the anime up to this point, as it is the first battle to span three episodes. After the most intense match of his career, Ash has finally defeated Paul, and moves on to face Tobias in the Top 4 of the Lily of the Valley Conference.

In his match against Tobias, Ash faces Darkrai, the only Pokémon that Tobias has used thus far in the entire Sinnoh League. Darkrai manages to take out three of Ash’s Pokémon, but Ash’s Sceptile takes out Darkrai after a strong Leaf Blade attack, making Ash the only trainer in the entire tournament to defeat Darkrai. Tobias then sends out another Legendary Pokémon, Latios, who makes quick work of Sceptile. Ash sends out Swellow next, who is knocked out without landing a single hit on Latios. Ash is down to Pikachu alone, while Tobias has Latios and four other Pokémon remaining. Pikachu battles hard, keeping up with Latios until the final moments, finally knocking it out, but fainting in the process. Ash is out of Pokémon, and Tobias is the winner by default. This has been Ash’s most successful Pokémon League tournament yet, as he has managed to make it to the Top 4 and being the only trainer in the tournament to defeat not only Darkrai, but also another legendary Pokémon.

Ash has come so far over the course of his journey, and it’s far from over. Tomorrow we examine whether or not he has what it takes to become the Champion of the Unova League!