This week in the Nintendo eShop: Phoenix Wright objects in a new demo for Spirit of Justice, Mario and friends can’t find Peach in her own castle in Super Mario 64 DS, and 3DS Virtual Consoles get shoryuken’d by a trio of SNES Street Fighter games.

For those of you who missed the Humble Friends of Nintendo Bundle a few months ago, Rhythm Thief & the Emperor’s Treasure is currently on sale for $4.99 until September 5th. That’s a total savings of 75%! It comes highly recommended by yours truly, especially for rhythm genre fans.

Nintendo’s Summer Savings sale event is also still going on, featuring savings up to 30% on select games, most notably The Legend of Zelda: A Link Between Worlds and Super Mario 3D Land. Don’t wait too long to jump on these deals, as they’ll only be available for another week until 8:59 a.m. PT on September 1st.

There’s also still a few days to nab some steeply discounted Sega 3D classics. Until August 29th, get 50% off on some of Sega’s most cherished titles, including Out Run, Gunstar Heroes and Streets of Rage 2! 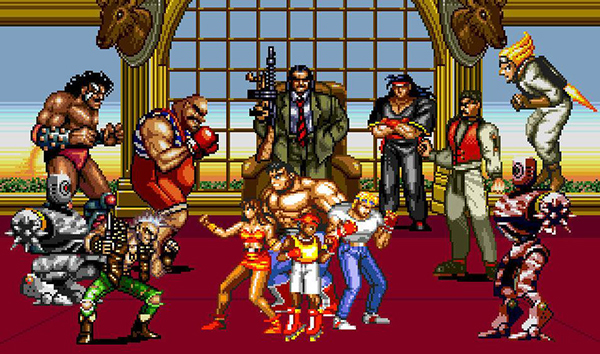 Finally, some of Nintendo’s biggest hits are receiving the Nintendo Selects moniker starting tomorrow, August 26th. Grab amazing games like Luigi’s Mansion: Dark Moon and The Legend of Zelda: The Wind Waker HD for just $19.99 a piece! The best part? These new low prices are permanent and apply to both retail and digital copies. Be sure to check out the full list of discounted games below:

Shadow Archer (Ultra Dolphin Revolution, $2.99) – If there’s one thing I’ve learned in all my time writing these weekly eShop updates, it’s that the Wii U is in no short supply of retro inspired, arcade styled games. Joining the fray this week is Shadow Archer, where you assume the role of a skilled archer in a pitch black realm filled with hordes of monsters just ripe for the killing. I couldn’t find any gameplay videos, though it looks to be just another endless survival game where you take on waves on enemies until your inevitable demise. I can’t say I’m at all impressed by the few screenshots I’ve come across, making the $3 investment somewhat of a gamble. Give it a shot if you’re feeling lucky. 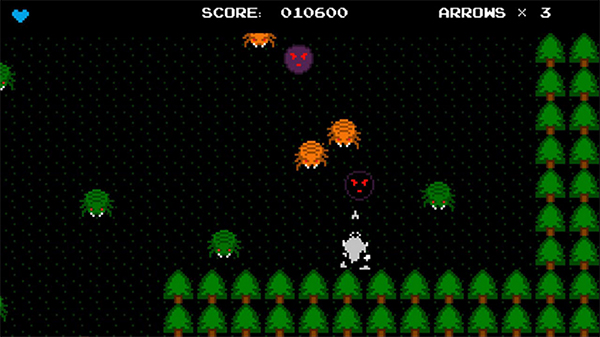 Super Mario 64 DS (Nintendo, $9.99) – Originally released back on the Nintendo DS as a launch title in 2004, Super Mario 64 DS is an excellent remake of the Nintendo 64 classic of the same name. Sporting revised graphics, multiple playable characters, a multiplayer mode and minigames independent of the main adventure, this iteration would have proved the definitive version of the 1996 original had it not been for the lack of analog controls. Despite this, it proved a great showcase of the DS hardware’s capabilities, and the novelty of having a portable version of one of the greatest Mario platformers ever created helped it reach the critical acclaim it deserved.

Wii U special offers and deals>

Legend of Kusakari (Nnooo, $4.99) – If hacking away at nature and shrubbery is your favorite aspect of the Legend of Zelda series then look no further. A quirky spin on the adventure puzzle genre, you assume the role of an elderly scythe wielding landscaper whose sole job is to clear a path for our intrepid hero by slicing through 50 grass-filled stages. Personally, I’m intrigued by its odd premise, charming art style and light use of RPG elements. It’s a relatively short adventure that shouldn’t take you more than two hours to complete, making it the perfect bite sized snack for a lazy afternoon. Just be sure to turn off the sound during the game’s menu screen. Seriously, click here if you’ve always wanted to experience what it feels like to have your ears cry blood. 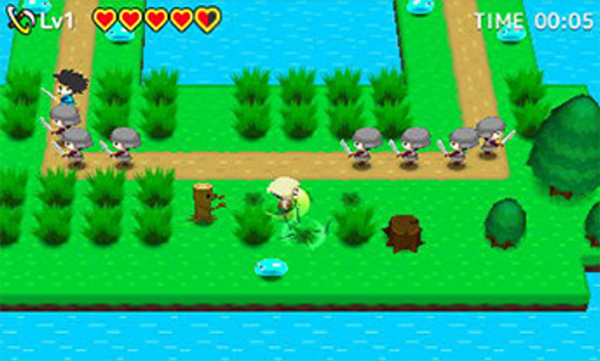 Pixel Paint (Rainy Frog, $3.99) – Originally released last year on the Wii U, Pixel Paint lets players create their very own retro-style pixel art drawings, only this time while on the go! Best of all, players can share their masterpieces with others on Miiverse or save them to the SD Card for use on social networks. Featuring a robust set of tools, eight types of palettes from classic handhelds and consoles and five different canvas sizes, novice and professional artists alike are only bound by the limits of their imaginations.

Japanese Rail Sim 3D Monorail Trip to Okinawa (Sonic Powered Co., Ltd., $19.99) – Fulfill your childhood dreams of becoming a train conductor with the latest iteration of the Japanese Rail Sim series. Set on the Yui Rail located at the southernmost point of Japan, players operate a train traveling along an elevated monorail amidst the tropical atmosphere of Okinawa. I can’t personally speak to the enjoyment of simulation games, but this one seems pretty bare bones even by my standards (especially for that astronomic price). Simple controls and only 12.9 kilometers of railway to travel across raise some red flags, though I’m sure there is some fun to be had here for genre enthusiasts. 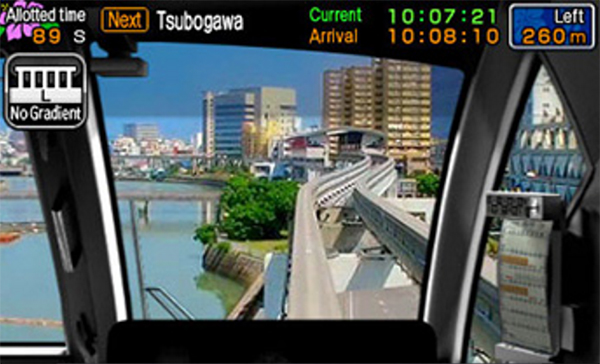 Phoenix Wright: Ace Attorney – Spirit of Justice (Capcom, Free) – Grab your finest blue suits and ready those pointer fingers: a free “trial” of Phoenix Wright’s latest legal adventures in courtroom drama has been called in to the eShop to testify ahead of its September 8th release! This demo features a section from the game’s first courtroom clash between the titular defense attorney and his latest adversary, Royal Priestess Rayfa, in the foreign Kingdom of Khura’in.

Gotta Protectors: FM Sound Pack DLC (Ancient corp., $7.99) – Originally set to release alongside Gotta Protectors’ release last month, this delayed DLC pack finally hits the Nintendo eShop! For $8 you can turn all the game’s NES-style chiptunes into sweet arcade FM ear candy. If that all sounds a bit too pricy, keep in mind this also comes with 20 new maps, a new difficulty named Hell+, new images in the results screen and an in game class change system. 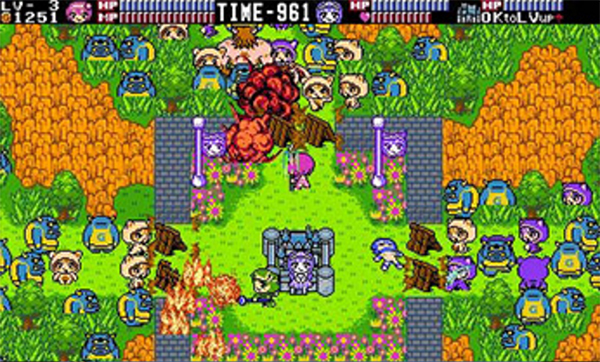 Street Fighter Alpha 2 (Capcom, $7.99) – Both a sequel and remake to Street Fighter Alpha: Warrior’s Dream, Alpha 2 features a vast number of notable improvements over the original, such as new attacks, stages, endings and gameplay features. As expected, each of the game’s 18 playable characters feature their own set of weak, medium, and strong punches and kicks, as well as special attacks that can be pulled off in typical Street Fighter 2 fashion. Despite some hefty loading times before fights, fans of fighting games and faithful arcade ports alike will find plenty to love here.

Street Fighter II Turbo: Hyper Fighting (Capcom, $7.99) – The third release of the original Street Fighter II series, this absurdly long titled entry was a big deal back in 1993. It was a vast improvement over its SNES-based prequel, offering more depth and entertainment thanks in large part to an increased roster of fighters (from eight to 12) and additional speed options that made gameplay feel less sluggish. However, despite being superior to its predecessors, it was quickly outshined by the much more polished and feature-rich sequel: Super Street Fighter II. Go ahead and download it if you consider yourself a die hard fan of the series. For everyone else, you might want to take note of this week’s third release on 3DS Virtual Consoles… 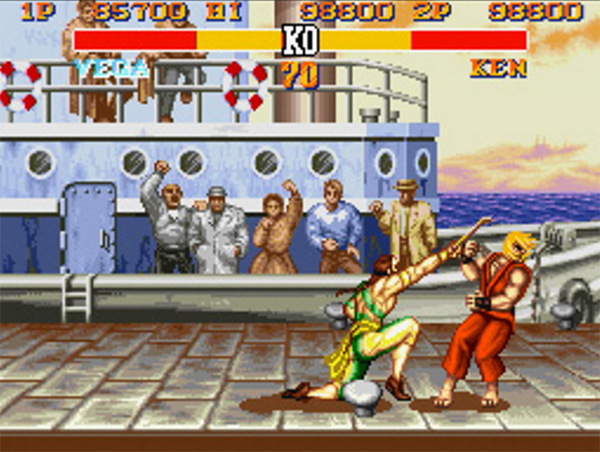 Super Street Fighter II: The New Challengers (Capcom, $7.99) – Quite arguably one of the best fighters available on the SNES, Super Street Fighter II proved to be a solid conversion of its arcade brethren. Boasting four entirely new fighters, improved visuals and rebalanced gameplay, it’s an exceptionally enjoyable brawler full of depth and versatility that deserves a spot in everyone’s digital library. Its most troublesome drawback is the scaled-back pacing of its predecessor, which can be hard to adjust to for players used to the breakneck speeds established by Turbo. Nonetheless, in a sea of seemingly endless Street Fighter iterations, this is one brawler you won’t want to miss out on.