The very best? Exploring Ash Ketchum in the Indigo League

Just a quick warning: This article contains spoilers for an episode of the Pokémon anime that just aired in Japan. You have been warned!

Ash gets off to a pretty bad start on his journey; sleeping in late and being forced to start with an unruly and easily irritated Pikachu while his rival, Gary, makes off with a then-unknown Pokémon and a car full of cheerleaders. Worse than that though, Ash seems to know almost nothing about the Pokémon he’s setting out to master. He doesn’t know the first thing about the simple Rattata and Pidgey that live just outside of his hometown. He also doesn’t know the first thing about battling Pokémon, or the fact that he has to weaken them to catch them. This lack of knowledge continues to infect the next few steps of his Pokémon journey, most apparent when he sends his freshly-caught Caterpie to fight a Pidgeotto, and when he attempts to fight Brock’s Ground-type Pokémon with his Pikachu.

In the end, not all is lost, as Ash manages to get his first badge from Brock in his first official Gym victory. Or is it? As Brock is calling for Ash to forfeit the match, a fire sets off the sprinklers in the gym, weakening Brock’s Onix. It’s at this point that Ash refuses to have Pikachu make a final blow, because he knows that it isn’t really a win if he wins because of the sprinklers. As Ash is leaving Pewter City, without the Boulder Badge, Brock catches up to him and awards him the badge anyway, due to his “kindness towards Pokémon.” Ash would go on to be given many of his badges, regardless of winning battles. However, Ash did win a few of his Indigo League badges fair and square, beating Surge, Koga and Blaine. It can also be argued that Ash won the Earth Badge fairly, albeit against Jessie and James, who were not official Gym Leaders.

With Ash being handed half of his badges without actually winning the battles, it’s safe to say that he was in no way prepared for what the talented trainers of the Indigo League had to offer. The Indigo League saw Ash place at his all-time lowest to date, only making it to the top 16. While the Indigo League did see some of Ash’s best battles to date, his major downfall was the fact that he was not experienced enough for his Charizard to listen to him. Had Ash won all eight of his gym badges, he may have had enough experience to command Charizard’s respect and make it further in the Indigo League. 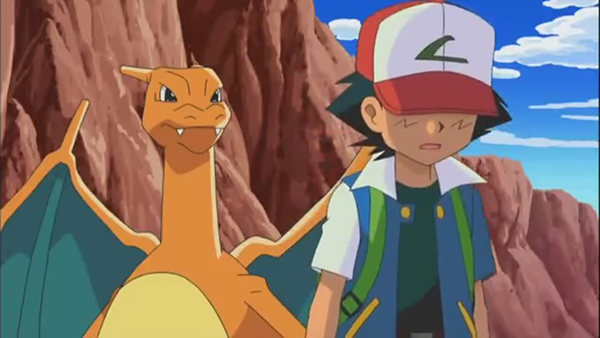 Although Ash failed to win the Indigo League, he did prove himself a competent Pokémon Trainer by the end of his adventures in Kanto, with even his rival, Gary, acknowledging that he is a pretty good Pokémon Trainer after watching his battle for the Earth Badge. Ash, always refusing to give up, continues his journey, heading to the Orange Islands at Professor Oak’s request. This next journey doesn’t end in failure, but does its unconventional nature bring into question how big of a success it was for Ash? There’s only one way to find out, by joining us tomorrow as we continue to journey through Ash’s wins and losses. See you all tomorrow, right here at Nintendo Wire!