Often considered the third series in Nintendo’s holy trinity, Metroid has been around for just as long as Mario’s been crashing the wrong castle in search of distressed damsels or Link’s refusal to go it alone. Yet despite this legendary designation, the galactic adventures of bounty hunter Samus Aran rarely get quite as much love and attention from the big N as they deserve. So strap on your Plasma Beams and power up those Varia Suits because all this week, we here at Nintendo Wire are going on a trip down memory lane through Metroid’s extensive 30-year history to explore what makes the series such an influential legend in the gaming industry — not to mention one of my favorite gaming franchises of all time.

A collaboration between Retro Studios and Nintendo, the second game released alongside Metroid Fusion marked a major departure and total reinvention of the series by bringing Samus’s intergalactic adventures into the realm of 3-D. Needless to say, fans at the time were skeptical Samus could successfully survive the dimensional leap, worrying that staple gameplay mechanics would be sacrificed in favor of a more first-person shooter-oriented design. Fortunately, Metroid Prime went on to be a smashing success, adored by critics and fans alike for its immersive atmosphere, exploration-heavy levels and moody soundtrack. Many would go so far as to claim it helped popularize elements of exploration, puzzle solving, platforming and story within first-person shooters. Other would rate it as one of the most influential video games of our time. Nonetheless, I can firmly attest that Metroid Prime was the sole reason I purchased a GameCube way back in 2002, cementing my unwavering love for the franchise for years to come. 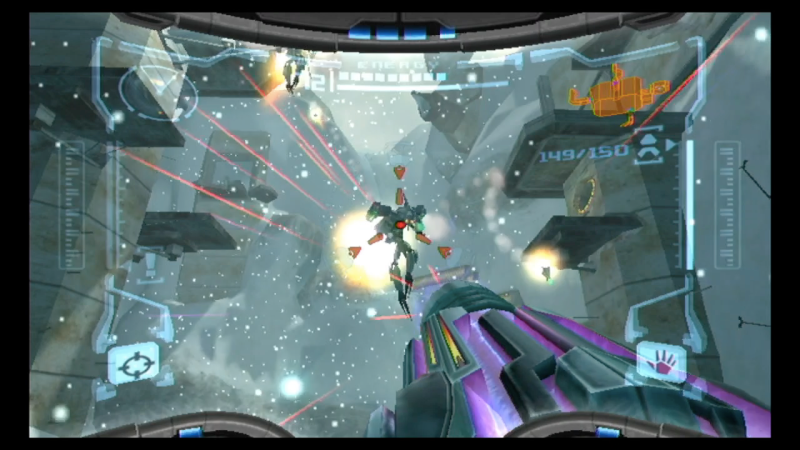 Much like Super Metroid, Metroid Prime pushed the medium forward with regards to subtle, visual storytelling. Gone are exposition-heavy cutscenes, long-winded fits of dialogue and various other tropes most commonly associated with video game narratives. Instead, the story was left to be discovered by the player, told through subtle environmental clues and diligently scanning your surroundings. This is where the game’s most ingenious new gameplay mechanic came into play: the Scan Visor. Frequent use of this vital tool as players explored the beautiful, yet haunting alien world of Tallon IV helped them learn about the planet’s rich history and lore. In fact, you could scan just about anything you set your sights on to understand its purpose or function: most importantly enemies for weaknesses or terminals to activate doors and elevators. In this sense, the environment became an actual living, breathing place: an interactive playground that served the narrative by rewarding curiosity with a much deeper understanding of its nuance and intricacies for those who sought it.

Simply put, Metroid Prime deserves the immense praise it receives. It carefully takes liberties with original concepts while still managing to keep the spirit of the series intact: a shining example of how classic video games can be successfully reborn in the modern era. If you’ve never played a Metroid game before, do yourself a favor and start with this monumental achievement in gaming. You won’t be disappointed.

Fun fact: due to the game’s emphasis of exploration over combat, Nintendo was careful to classify Metroid Prime as a first-person adventure rather than a first-person shooter — an accurate description that’s easily understood by anyone who’s ever played it.

Metroid Prime 2: Echoes released during the same year as Metroid: Zero Mission in 2004 and is the direct sequel to Metroid Prime. Storywise, Samus travels to planet Aether after a squad of Federation Marines go missing. Once there, she discovers a Phazon meteor that’s creating an alternate reality, tearing the very fabric of space and time itself. In order to save the planet and ensure the destruction of the Ing — evil shapeshifting creatures who can possess the bodies of the dead — Samus must once again thwart the malicious plans of the Space Pirates, as well as a mysterious doppelganger of the courageous bounty hunter herself: Dark Samus. 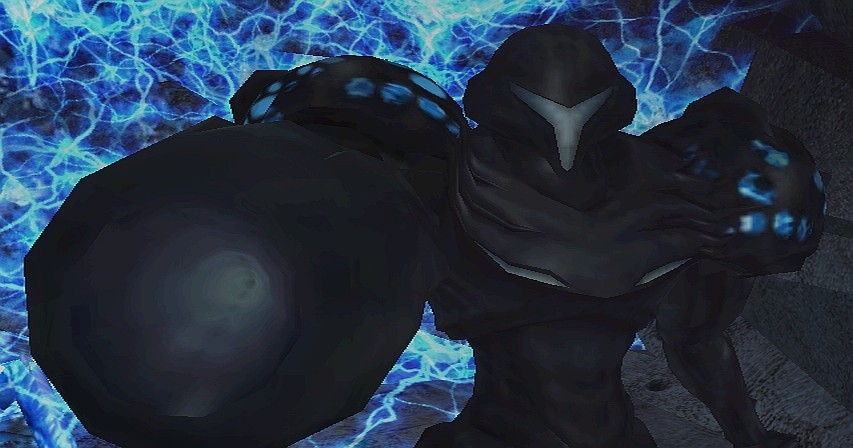 The most notable addition to Prime 2 is the ability to travel between the regular game world and its more insidious, dark counterpart. It’s a fairly reminiscent gameplay mechanic and story device made popular by The Legend of Zelda: A Link to the Past that works phenomenally well in the context of the Metroid universe. In an attempt to create a significantly more moody, evil and endlessly foreboding contrast to the game’s natural overworld, Retro Studios designed Echoes’s dark world with a myriad of complications and intricacies to keep players in a perpetual state of unease and despair. When in its confines, health constantly drains, enemies are less forgiving and the level design is notably more challenging. Ultimately, the dynamic of masterfully alternating between light and dark echoes the crux of gameplay, and is highlighted by some of the most challenging puzzles and combat segments the series has ever seen.

Often overshadowed by the unexpected success and unprecedented achievements of its predecessor, Echoes rarely gets the recognition it deserves for evolving and perfecting the 3-D Metroid formula. Sporting new locations, innovative abilities and inventive gameplay, Prime 2 remains one of the best action adventure games the GameCube has to offer.

Fun fact: Echoes was the first Metroid game to feature a multiplayer mode, allowing up to four players to engage in arena combat using local split-screen play. Unfortunately, it ended up being a relatively dull and forgettable experience, and was highly criticized for its inclusion of the lock-on mechanism from the single player campaign.

Excluding its two spinoffs (and soon to be three), Metroid Prime 3: Corruption brought the Prime trilogy to its thrilling conclusion back in 2007. Set six months after the events of Metroid Prime 2: Echoes, Samus once again finds herself assisting the Galactic Federation during its ongoing conflict with the Space Pirates — now strengthened by the sinister Dark Samus in an effort to slowly corrupt the universe with Phazon through a series of methodical attacks on key Federation-occupied planets.

As for gameplay, Corruption was a solid successor to its 3-D brethren that remained faithful to its legendary foundations, albeit with one obvious and notable difference: it’s played entirely using the Wii Remote. All aiming and turning was done by pointing the remote at the television, while moving and strafing was delegated to the Nunchuk’s analog stick. While blasphemous at first thought, this seemingly odd control scheme ended up being extremely fluid and highly intuitive, resulting in the definitive method for controlling Samus in a 3-D space — so much so that it eventually influenced the re-release of the entire Prime trilogy on Wii two years later, this time retrofitted with motion controls.

Most memorable to me, however, were the incredibly varied and epic boss battles. While not nearly as challenging as those found in previous Prime games, each fight mixed up the action with light puzzle solving, requiring creative use of Samus’s extensive arsenal to overcome them. Exploiting a single boss’s weak point could involve using an assortment of Morph Ball techniques, missiles and beams: elaborate strategies that result in an immense sense of accomplishment when striking down these brooding behemoths. 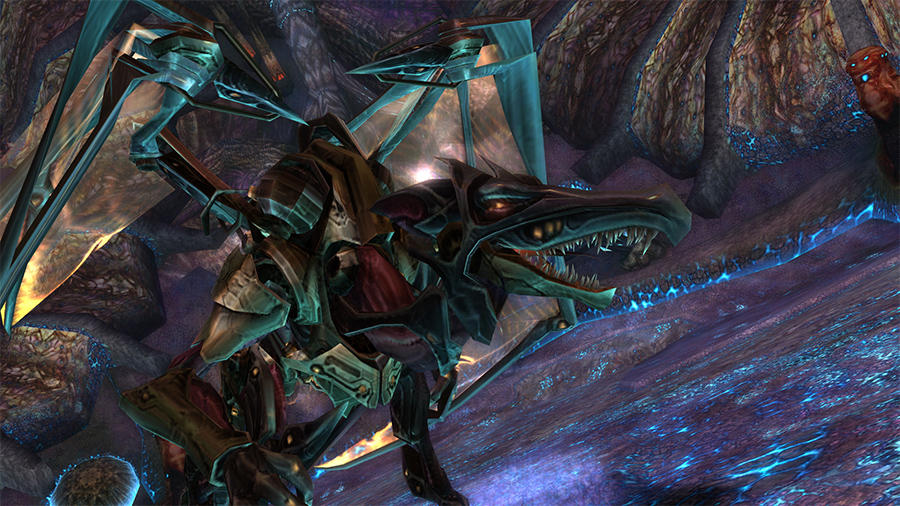 In the end, if you’ve played any of the other Prime games before, you probably won’t need convincing to see the trilogy through to the end. Despite its over-familiarity with the rest of the Prime trilogy, it perfectly blends classic FPS action and an innovative control scheme with a well-paced story that never feels overbearing or cumbersome. Ultimately, it’s an experience that should be in every Metroid fan’s collection and is — not to mention — one of the best looking games available for Wii.

Fun fact: the blueprint shown in this Metroid Prime 3 trailer for an “Aurora Unit” — AI supercomputers created by the Federation — is actually a full recreation of the Super Metroid/Metroid stage leading up to Mother Brain. This led many fans to wonder whether Aurora Units were based off Mother Brain, or if Mother was an Aurora Unit given to the Chozo by the Galactic Federation.

That’s all for today, but come back tomorrow as we explore a brilliantly re-imagined planet Zebes in the criminally underplayed Metroid: Zero Mission, as well as Samus’s first genre defining spinoff adventure: Metroid Prime Pinball.