Opinion: How much does a game’s story matter?

About five months back, on its release date, I had finally snagged a copy of Fire Emblem Fates. I was hopelessly excited for its arrival – Fire Emblem had become one of my favorite series in recent years, and I had been thoroughly engrossed in just about every title up to that point. I loved just about everything the series had to offer: rich characters, gripping tactical gameplay, diverse worlds… and I expected all that and more from the new entry (technically entries), given the good review scores. So I downloaded Birthright onto my New 3DS and eagerly awaited its release.

When I finally got my hands on it, I sunk nearly all my time into the game(s) for the next two or so months. Given the three-in-one nature, there was a lot of content to sink my teeth into, and by the end I had clocked in over 180 hours, one of my highest hour totals in any single player game. It was pretty continuous, too – I didn’t really take any breaks from playing it, and when I finished one path I quickly jumped on another. I was clearly enjoying the game, to the point that I wrote a mostly positive review of it when I applied for a writing position here at Nintendo Wire. Just about every aspect of it was on the same level of – or even surpassed – the previous game in the franchise, Awakening. 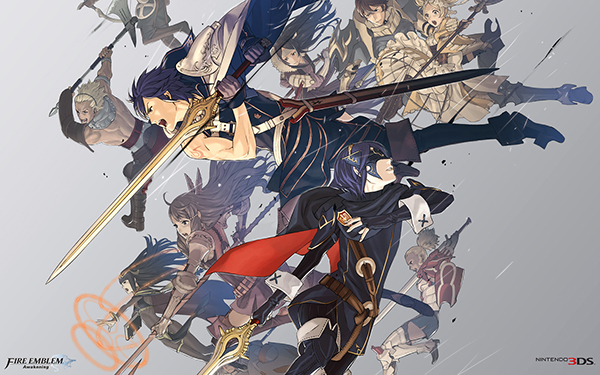 Only one area of the game was clearly inferior to its predecessor: the story. While Awakening’s story was serviceable and simple, if not the greatest the series had ever told, Fates had a multitude of problems. Player worship, weak world building, and more plot holes than the finest of swiss cheeses (particularly in Revelation) made the whole thing lackluster at best, even with a fairly likable cast of characters. (You are, of course, free to disagree.) It made paying for the multiple paths seem like a bit of a cash grab. But still, the game’s other aspects – gameplay, technical, and otherwise – were great, so I filed away the title as another solid entry in the series and then moved on to other games. 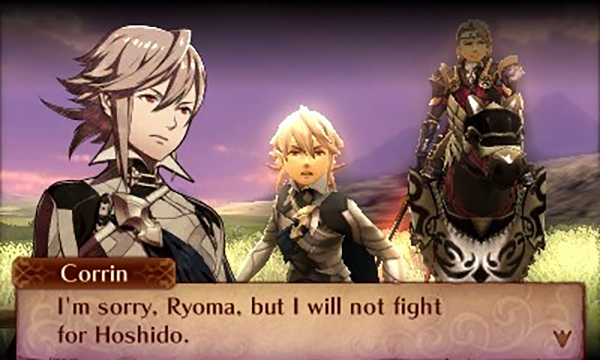 But as the weeks continued on, and the game came up in conversation and my own thoughts more and more, I noticed that I kept viewing it in a negative light. Despite the numerous positive qualities the game had, the gaping negative one kept nagging at me, as if saying “it’s not as good as you thought.” Discussing it with friends usually boiled down to us venting about its more frustrating aspects, and even when I acknowledged Fates’ better points I couldn’t shake the cynical vibe that hung over my head. I didn’t quite understand what was going on. Was I just being overly critical of a game I had clearly enjoyed? Was I letting the one bad apple in the entire experience spoil the entire barrel?

Well, that’s what we’re examining today: how much a game’s story matters. Of course, my thoughts don’t speak for absolutely everybody, but consider this the opinion of someone who played a lot of RPGs growing up.

Usually when I see scores for games split up into categories, it’s the following four or five: gameplay, story, technical (sometimes split into graphics and sound) and value. It varies by person, of course, but if I were to see a general rubric it would probably look like something to that effect. They usually aren’t weighted evenly, of course – gameplay matters much more than soundtrack, assuming the latter doesn’t make you bleed out your ears – but all are generally considered the outlines for which games are judged. And, depending on the game, story can be one of, if not the most, important aspects.

The problem is, defining “story” within a game can include many aspects – characters, plot, setting, writing, atmosphere, growth, development, etc. Some games, like Skyrim, have weak mainline plots, but instead have rich environments and worlds that the player can get lost in. EarthBound doesn’t have much in the way of character development for its main characters due to their minimal dialogue, but it has such a distinctive atmosphere, unique writing style, and memorable setting that it ultimately doesn’t matter. 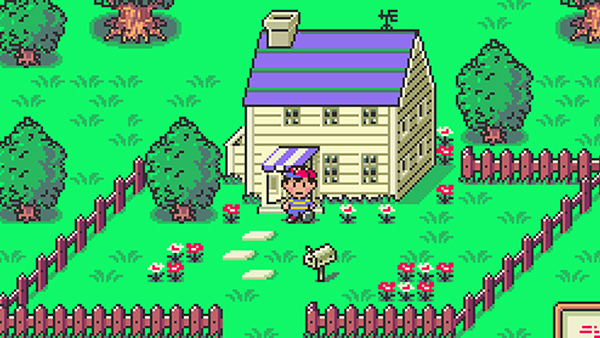 The fact that these metrics are of varying quality by game makes it difficult to directly compare certain games and outright state that one game’s story is better than another’s. A good example are the two Zelda games that I would say succeed the most on this front, Majora’s Mask and Skyward Sword. Majora is impeccable in its world-building, with an intensely creepy atmosphere and one of the most memorable cast of NPCs in any game. Skyward Sword, meanwhile, has a much more typical world for the series, but does a much better job establishing characters for the main cast while having consequences and actions that affect not only the plot, but the franchise as a whole. While you may prefer one or another due to their strengths, it’s difficult to say one is definitively superior in story matters.

Of course, when a game’s story excels in all of these aspects is when it becomes truly special. The best case for this, personally, would be Xenoblade Chronicles – amazing characters with lots of depth, a rich and vibrant world filled with personality, and a plot with strong and multifaceted themes. While not every game can be held to these lofty standards, it’s important to understand the various levels of story in a game so you can analyze why it does or doesn’t resonate. 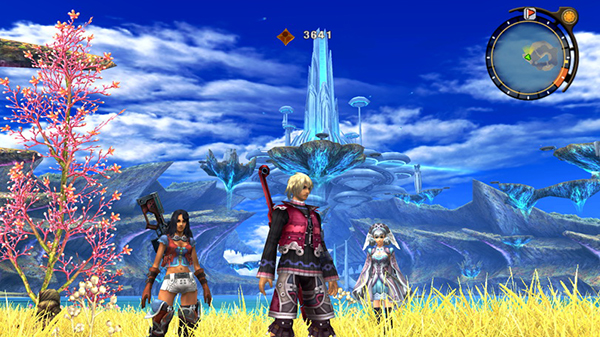 Another layer to how important story is to a game lies in what genre or series it falls under. Nobody expects too much for plots from, say, platformers. The princess will get kidnapped by Bowser, Mario will go rescue her… It may be stale, but people don’t expect complicated stories from Mario games. Unless you’re talking about their RPGs, which is likely the genre where story is most important. People complained quite a bit when Paper Mario: Sticker Star had a barebones plot, righteously so after three games with very good story elements.

Conversely, fans sometimes have gripes with games that have too much plot. A good recent example of this is Mighty No. 9, whose often intrusive story was maligned by many who played it only wanting simple and fun shoot ’em up action. The poor writing didn’t help matters. Now, it could be argued that top notch writing and gameplay integration could make any game – from clickers to match 3 – have amazing stories, but for the most part, people are going to judge stories on a genre by genre basis. Platformer, shooter or fighter? Likely light on plot details. RPG, strategy or adventure? Chances are a better plot is expected to keep the player’s interest. 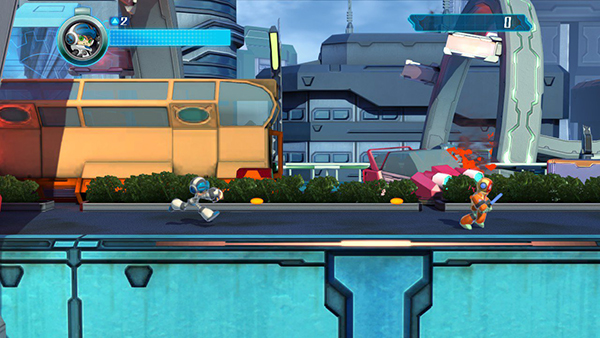 Of course, this doesn’t always hold true. The Project X Zone games are most definitely SRPGs, but their plots mostly boil down to “a bunch of interdimensional rifts are creating giant crossover events everywhere; find and defeat those responsible.” And it works perfectly fine – the game’s enjoyment comes from seeing all the different characters interact in a mostly lighthearted manner while you pummel foes to submission. Cave Story is a run and gun exploration title in the vein of Metroid that features chibi robots and cute rabbit people, but it has a surprisingly thoughtful and poignant plot that addresses topics like war and genocide. Everything has to be taken on a case by case basis, series by series. Which brings us to…

Why we play certain games

At the beginning of this piece, I talked about how Fates ended up feeling subpar and disappointing despite the fact that its good qualities seemed to outnumber its bad ones. Well, the exact opposite sensation happened with another contentious sequel to a series I loved: Pokémon Mystery Dungeon: Gates to Infinity. 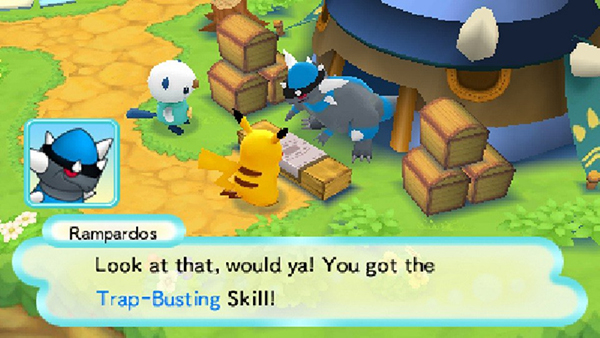 Looking at it on a mechanical level, the game was a huge step down from its predecessor. Far less Pokémon to both choose from and begin with, a lack of great graphical style and atmosphere, the removal of certain mechanics that oversimplified the game… Its problems were numerous, and it’s generally perceived by the public as a misstep at best. But when I discuss it, I tend to talk about the game positively. Why? Because the plot, characters and music – the things I love and play PMD for – were as great as ever. I obviously didn’t like the title as much as what came before (Explorers) or what followed (Super), but I still enjoyed the game for what it was.

That’s ultimately the core of the issue – why we love and play certain games or series. If another Ōkami title came out without the painterly aesthetic and traditional Japanese music, I would be furious, even if the mechanics remained largely the same. If a Metroid entry came out with heavy linearity and no power-ups, I would be baffled. If a Paper Mario game came out without partners or the bunch of whimsical NPCs roaming the world in addition to an unnecessary overhaul of battle mechanics… well, we saw what happened, and many did not take kindly to it.

I think that’s why Fates was so upsetting to me. I love Fire Emblem stories, from the complex relations of Genealogy of the Holy War to the elaborate subversions in Radiant Dawn to the simple likability of the GBA title that started it all for me back in 2003. I love the other aspects, too, but when such a core component of the experience falls flat on its face, it feels like the very soul of the product is also absent. If a new game in the series comes out with such a dreadful plot again… well, my expectations may be curbed, but it won’t stop me from wistfully remembering the better tales.

Obviously, it’s difficult to understand your expectations going into a new series. It may have a somewhat shoddy, barely passable plot that exists only to give a reason for the game’s existence, or it could be something truly amazing, a story that surpasses all expectations. When I picked up Xenoblade back in 2012, I had no idea what to expect from it, and it blew me out of the water. In turn, I had very high hopes for Fates – hopes that ended up crashing down around me. That’s the difference between starting a series and playing another entry in it, I suppose – the expectations that you personally have towards the product.

Bringing all these thoughts together

How much does a game’s story matter? Well, I’d like to give a more definitive answer than “It depends,” but that really about sums it up. People don’t expect grand, sweeping epics from Mario, or Donkey Kong, or Kirby. They do from Zelda, Fire Emblem and Final Fantasy. In the end, it applies to other aspects of a game as well – what people want from a series in terms of gameplay, graphics and sound depends on the franchise.

We should always try to understand why we do or don’t like a game, even if we can’t immediately put our fingers on it. While some reviewers may chop up a game’s value into those five categories, there are really so many more mechanisms at work – some big, some small – that determine whether a game is shovelware or a masterpiece.

Or, in one particular instance, both. 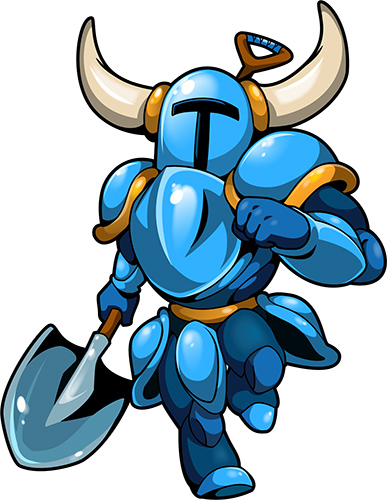 Thanks for reading! If you have a game whose story you love or detest, I’d love to hear about it in the comments. Until next time!